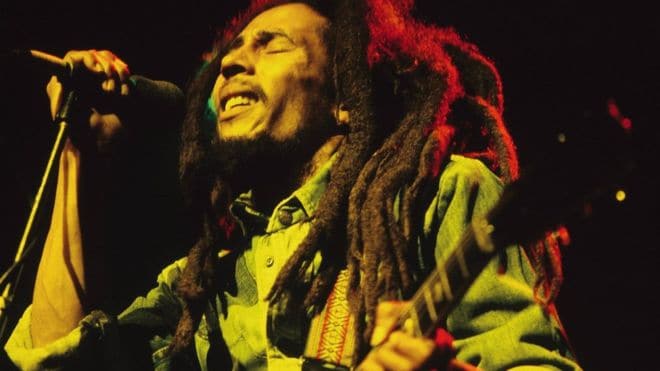 The drums in reggae music have always worked to give this amazing music its distinguishable sound.

Reggae music although it originated in Jamaica, has roots back to Africa, which means many of the instruments that are used tend to be African or Afro-Cuban.

These days, modern reggae music uses the drum set, which is common in most types of modern music. Reggae drummers tend to use a lot of auxiliary percussion, or even have a separate percussion section.

The percussionist, Uziah "Sticky" Thompson, who plays for the band Ziggy Marley, uses tons of different percussion items, including tambourine, woodblocks, and windchimes to keep the music varied and interesting.

Since the drum kit is used and very prominent in the music, it has a certain role to mark the parts of the rhythm.

Although different rhythms exist in reggae music, a very important of the beat in reggae music is the 3rd downbeat. This is called the one-drop rhythm, and it can be heard very clearly in Bob Marley's song 'One Drop'.

Reggae music is usually played at a slower tempo and filled with a lot of syncopation.

The syncopation can consist of a percussionist playing various rhythms against the ones a drum set player is doing. However many times, the drummer will have to take the role of the percussionist and play different rhythms over themselves.

The reggae drum set is basically a compact mix of modern drums, African (or Afro-Cuban) drums, and percussion elements.

Although beat 1 of reggae music can be played, it generally is not the most prominent beat, and many times drummers emphasize different beats, for example, beat 2 or 3, in order to avoid the 1 beat.

Drummers will also frequently do a roll on the rack tom or strike a cymbal in a cross-rhythm or fill that is similar to how a drummer would play in an Afro-Cuban musical tradition.

Timbales are high pitched drums that are very popular in South American music.

These drums (or drums tuned to sound like them) are also found a lot in reggae music. Reggae drummers typically use these drums to transition between beats or to introduce songs.

For example in the first bars of Bob Marley's classic song "Three Little Birds" you can here a timbale fill.

Although the snare drum is common for MANY styles of music (rock, pop, jazz, metal, orchestral), a snare drum that is tuned very high and has its snares removed (recall that snares are the wires below it that gives it's sound a buzzy characteristic) can also be mistaken for a timbale.

The snare is typically played along with the bass drum on the third beat. The snare hit is usually hit by doing a rim-shot. A rim-shot is where the snare head and the rim of the drum are hit at the exact same time which can offer a sharper attack, which when the snare drum is tuned high, can sound like a timbale.

A typical reggae beat could sound like this (click play below). This is taken directly from one of the sections of "Three Little Birds."

Take note of the beat: the bass drum is not played on the one, rather on the three. Beat #3 is the strong beat in reggae music.

The snare drum also emphasizes beat three however it can also improvise a bit. The cross-rhythm can be found in the second bar of the rhythm above.

This is not a traditional usage for the snare as we would see in pop music or a rock-and-roll tune.

In my experience, I need to think of my snare drum as a different instrument, it has a different role to play than my rock and roll brain is used to.

The hi-hats can be open or closed and the pattern can change within the song depending on how the drummer wants to improvise.

The pattern above I transcribed from one of the verses of 'Three Little Birds', and it seems to be the most common thing that the drummer played. However, if you listen to the song sometimes he opens or leaves it closed on other beats.

The bongo drum is an Afro-Cuban instrument that has been used as a reggae instrument by the Rastafarian community for a while.

Although the instrument is very common within the community, many modern reggae artists make minimal use of the bongo. However, when it is played it is employed to do African cross-rhythms (usually improvised) to complement the song.

The clave is an instrument that was originally used in many types of Latin American / Afro-Cuban music but has been since exported to many other genres of music — including reggae.

They are two sticks that you click together to produce a high pitched wooden sound. 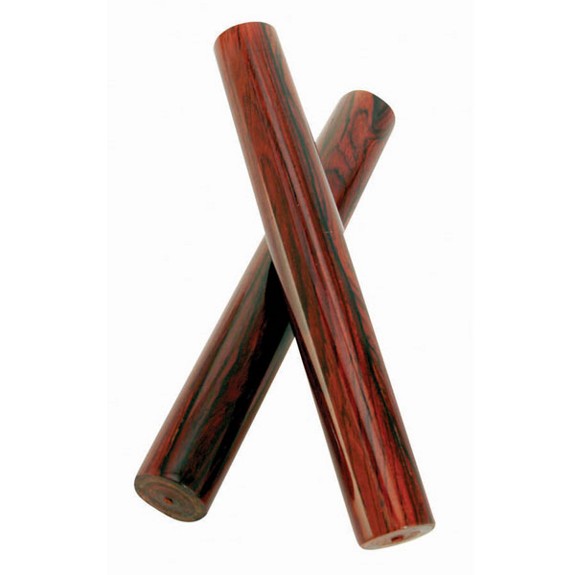 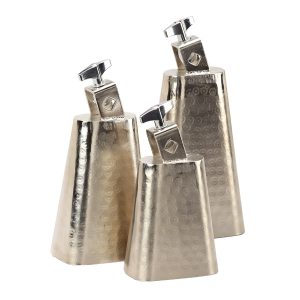 Cowbells once were what you'd expect — bells that cows would wear so that their owners could keep track of them.

That deep metallic sound has now become an iconic sound in many genres of music, including reggae. 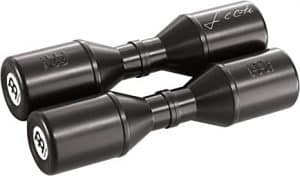 Shakers have a similar role to the clave—they repeat a defined pattern without too much improvisation. 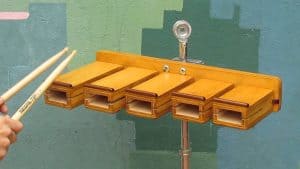 Woodblocks are used to achieve a similar sound to the clave, but they are usually played by mounting the block so that a percussionist can play it with sticks.

The guiro is an instrument in which you use a stick to rub the side of to produce a rachet type sound. There are truly no limits regarding what reggae music can employ. Reggae artists have used many different instruments from all over the world to create their groovy danceable rhythms.

Wind chimes are kind of like those wind chimes you probably have in your garden, however they are much bigger, meant to be hit, and can produce a large range of sounds. 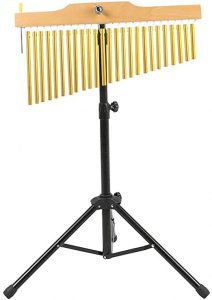 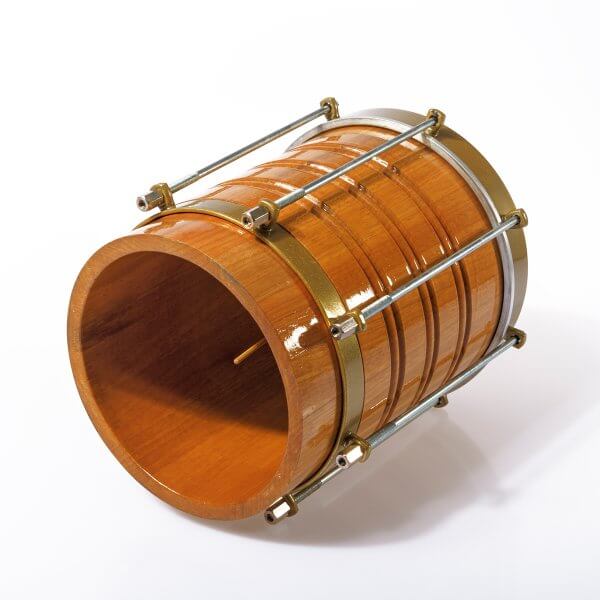 The cuíca is a Brazillian instrument that can be heard on reggae records. This instrument works by rubbing a stick against a drum head to produce a squeaky sound.

Some have actually been known to utilize very unconventional instruments such as cups or potheads to achieve a unique sound.

Although I'm not traditionally a reggae drummer, when I am asked to play reggae songs I usually don't try to overdo it.

I'll usually use my bass drum, snare drum and hi-hat for the backbeat. If I can I will also utilize a rack tom (and tune it up before) to get a timbale like sound. Crash cymbal for emphasis, although you usually don't crash on beat 1 with this type of music.

Although I use my ride cymbal in every rock gig, and even in my electronic music project, it usually just doesn't fit for me in a reggae song—except when I need to have a bell-like sound, which can take the place of a cowbell or agogo which wouldn't be uncommon to hear in reggae music.