Musicians are thought to be tormented masterminds, gifted in the art of melody. Sometimes, that melodic genius comes at the expense of being totally boneheaded in a bunch of other ways.

When it comes to jerks in country music, there's really no shortage.

Obscene antics might get you noticed (or even praised) in more boisterous genres like hip hop. But in a genre appreciated for its wholesome lyrics and faith-based roots, it's a great way to derail your career and piss of a bunch of fans.

Many well-known names in the industry today are infamous for their torturous and tormenting antics. From scandalous affairs to racist and homophobic tweets, here is a list of notorious country music artists: 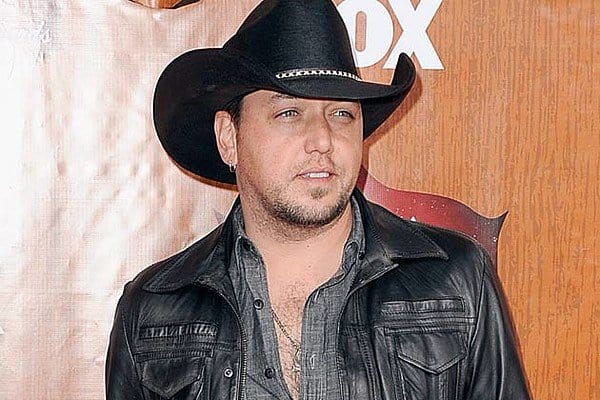 Jason Aldean is about as wholesome as a bag of Doritos

Jason Aldean’s name comes up quite frequently amongst the list of infamous country stars that have tainted the otherwise wholesome image of the music industry. Often considered a jerk, his bad reputation emerges from his pretty music like a worm wriggling out from your Granny Smith Apple. Yeah, that first bite might have been good, but after realizing what you just bit into, you're probably gonna wanna trash the rest of the fruit.

Jason’s scandalous affair with Brittany Kerr, while he was legally married to his wife, garnered a lot of disapproval from the general public. From fans to haters alike, the criticism was widespread and seemingly justified.

Listen people, here's a pro tip from your friends  here at Jam Addict:

when men who are famous, rich, and powerful get busted for putting the naughty on women other than their wives, there's no need for a spit-take. This kind of thing happens more often than a '90's Garth Brooks wearing rhinestone shirts.

To make matters worse, Aldean dumped his wife, whom he shares daughters with, to settle with his mistress. Damn son, that's cold.

This came right after an apology for cheating, which is best described as a "dick-induced debacle."

His marriage to his new mistress still has fans fuming. His actions have given him the reputation as one of the biggest jerks in country music. 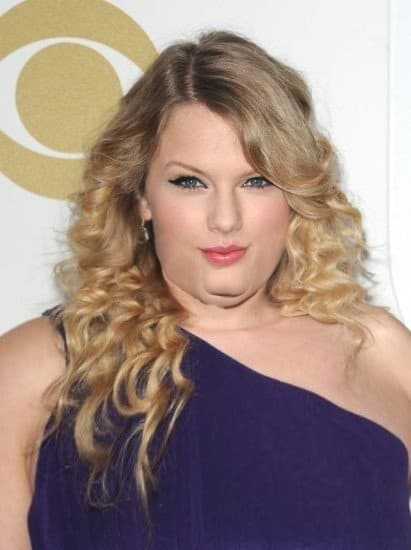 Known for her girlish appeal, Swift has recently lost her girlish figure. ^ this image not to scale!!

Many people argue about Taylor Swift’s pop star status and why she shouldn't be considered as one of the biggest jerks in country music.

Let's get one thing straight: Swift (or her manager) is a marketing genius when it comes to spinning negative narratives to actually benefit her image and bank.

Her constant milking of ‘victim status’ and inability to acknowledge the now staleness of her feud with Kanye West is enough to get her a top spot in this list.

If you want to argue that Swift's rep at this point is not babyish or questionable, I'ma NOT let you finish and will be snatching the mic out of your hands until you change your mind.

Her vengeful lyrics, inability to move on, and the excessive disregard for mental health strengthen her position as one of the biggest jerks in country music.

Most of her popular music comes across as carefully crafted and targets her past lovers, which exposes them to unwarranted hate from her cult-like fan base. Using her fame to turn an army of middle school minions into a satanic social media army is honestly just scary.

Sadly, all this distracts the public from some of her truly marvelous work. If she kept the antics confined to her music, Swift might go down as one of our favorite country (ish) artists ever.

Instead, I gotta put her on blast and grab the least-flattering picture of her I can find. WHY DO YOU MAKE ME DO THIS TAYLOR, WHYYYYY??? 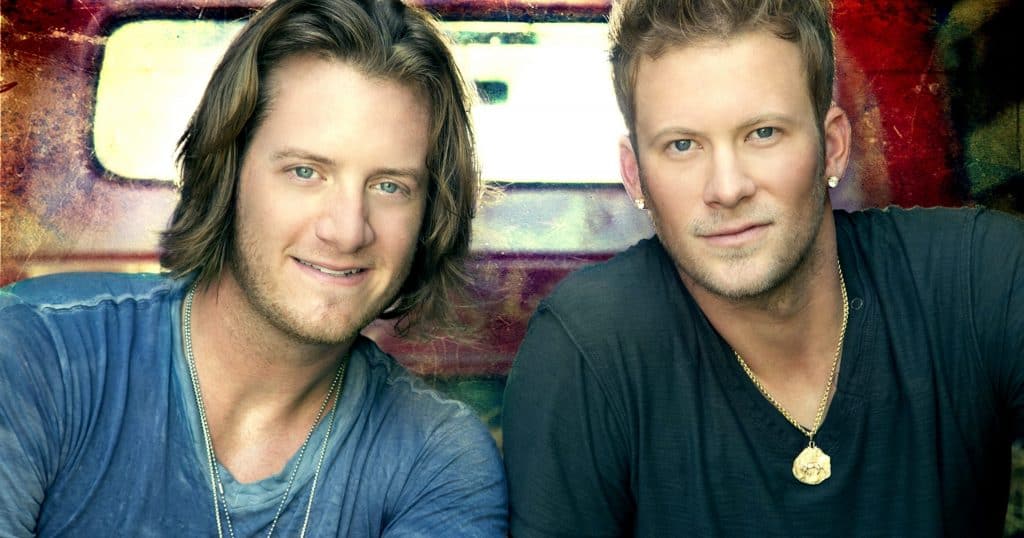 Honestly some of FGL songs are real bangers. But if these faces don't scream "douchebag," then I question your judgement

When I think of Florida Georgia Line, I think of redneck college students chugging cans of Blue Ribbon, then getting into the kinds of activities that give French people a reason to think Americans are retarded.

Bear in mind, I say this having gone to college at a Southern school and getting into a few PBR x "Sun Daze" collabos myself.

The duo of FGL is probably the most hated country music duo as of late.

Let me get this out of the way now: I actually love FGL's catalogue. But... a lot of fans and critics have a love-hate relationship with these guys. More specifically, they love to hate their marvelously overproduced and toxic sounding line up of songs.

Ay, personally, I think their bro-country mash up of rap, pop and country beats is genius. That said, it still manages to catch flack for sounding more like Miley Cyrus than Kenny Chesney.

Lacking depth and wholesomeness of country songs from yesteryears, I hear "vapid lyrics" and "lowest common denominator" thrown around a lot when FGL is the topic of discussion.

Their twist on the country music genre is criticized by fans and critics alike, who complain their music is not "legit" enough to be called country. If the comments on social media are any indication, this duo, unfortunately, earns the title of biggest jerks in country music solely for massacring the purity of country music single-handedly.

Side note: anyone who wants to see real "country" (whatever that is), try going to an Alpha Omicron Pi after-party during the spring term at Alabama. At best, it will leave you questioning humanity and your desire to live. 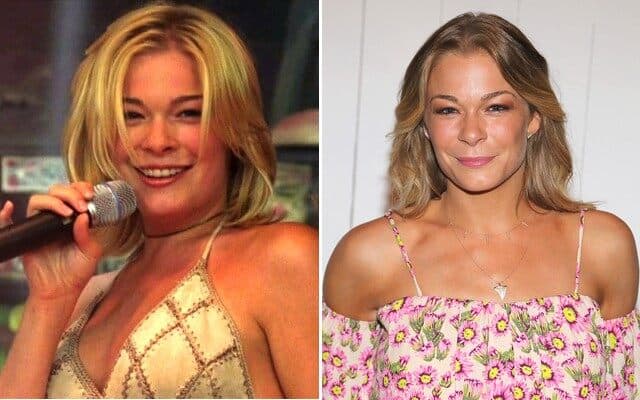 Time has not been kind to Leann. Makes sense since she's not very kind herself!

Leann Rimes has had quite a journey—from being considered as a sweetheart to owning the title of a Homewrecker with a capital "H". This successful country star fell hard for Eddie Cibrian, her costar in 2009.

At the time, both love birds were in married relationships with their spouses (oy vey!). To add fuel to the fire, Leann chose to release an album detailing her longing for her lover and Cibrian already shared two children with his now ex-wife.

The couple eventually tied the knot three years later after filing for divorce from their respective spouses. This news was met with much criticism and booing from fans.

Remember the pro tip we gave about our boy Jason Aldean?? Same applies to women sometimes too. 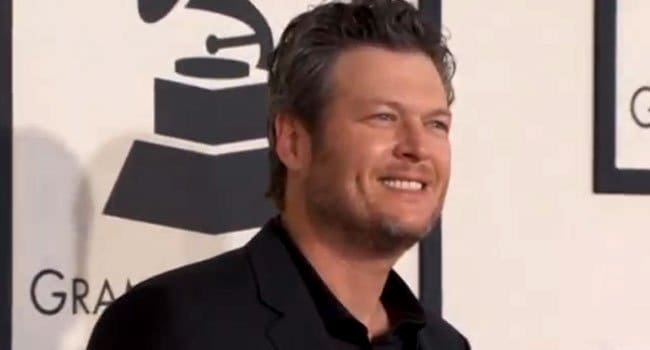 Blake – a great representative of his native Oklahoma. Until he isn't.

Considered as the ‘sexiest man alive’ in 2017 by People’s magazine, Blake Shelton is not one to shy away from controversies.

Often landing in hot waters for his unfiltered and controversial tweets and interviews, critics and fans both realize he is a problematic figure when it comes to expressing opinions.

Despite what People’s magazine says, his charming and handsome exterior is not enough to distract the public from his misogynistic and borderline homophobic comments that lurk on his social media pages. He has managed to create fury amongst feminists and the LGBT community for his crude and controversial remarks in the past.

The singer has since apologized for his insensitive and crass comments and given multiple clarifications. His alleged cheating scandal and a lone racist tweet, along with a troublesome twitter past, make him one of the biggest jerks of country music.

OK – this one is a bit of a stretch. If you only go by Twitter history, most Americans make 1943 German SS officers look cool-headed and tolerant. Now, if only we had Twitter in the 1940's... maybe I wouldn't be saying this. 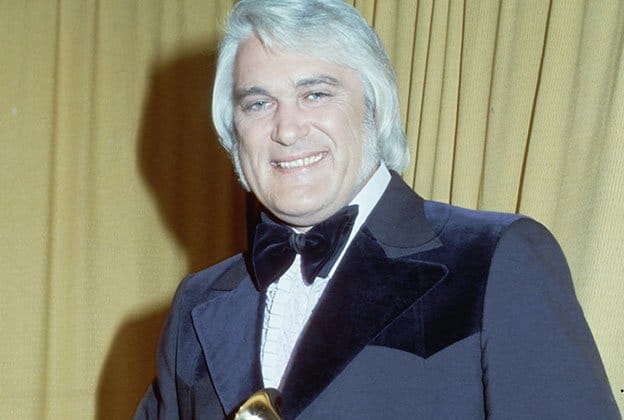 Oh boy. This one's a doozy.

During the 1975 CMAs, Charlie Rich committed an act that can only be best described as petty and jerk-like. During the award ceremony, Rich was tasked with announcing the award for the Entertainer of the Year.

Using this opportunity to protest his disapproval of crossover artists, Charlie burned the envelope with John Denver’s name on it. This act of savagery led to Charlie being blacklisted from future shows. His unfiltered actions earned him his iconic place as one of the biggest jerks of country music.

John Denver is one of the most likable dudes in music of all time, period. Not a good move.

A few of Rich's contemporaries didn't agree with this move, and by 1979, Rich was pretty much a has-been in the world of country music.

Moral of the story? Celebs aren't that different from the rest of us

These are the artists we normally associate with wholesome images and unsoiled reputations. Yet notoriety seems to go hand in hand with fame with the celebrated lot. Musical artistry and looks are not enough to be successful in the age of social media though.

If substance is lacking or a controversial past follows you, it’s only a matter of time before the audience or the public turns against you.