8 Types of Drum Beats and their Names 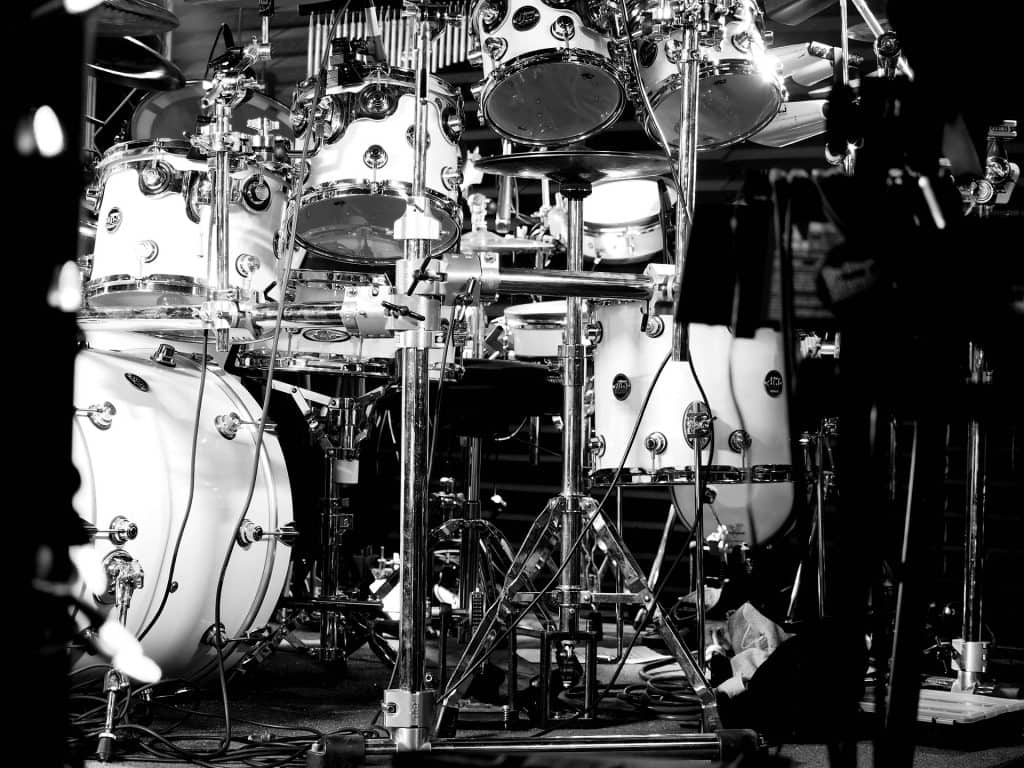 There are some phrases that one should know when describing different kinds of drum beats.

This beat is your bread and butter as a drummer. On 95% of popular music, you can at least 'get by' if you play this beat to the song.

The beat is simple. It consists of playing an alternating quarter note pattern with the kick drum and a snare drum, and an eighth note pattern on the hi-hat.

This is the pattern that Ringo made famous, that is on almost every Michael Jackson CD and that can be found on countless pop songs all over the world.

The blues shuffle (otherwise known as a shuffle beat/groove) is a groove that is played normally over blues tunes or blues-rock tunes.

This beat is played in swing time, which means it is a triplet feel. Technically, it is very similar to the 'Money Beat' that we just learned. The coordination pattern is literally identical.

However, this beat sounds noticeably different because it is played in swing time (or shuffle time).

3. Four on the floor

Another term that drummers and musicians throw around a lot is 'four on the floor'. This means 4 equally spaced quarter notes on the bass drum.

This term can be used to communicate different things. Perhaps they simply want those driving bass drum notes unaccompanied by anything else on the drumset.

Other times they may mean to do another type of groove, but keep those 4 quarter notes on the bass drum very present. For example — let's take a look at a couple of grooves that utilize four on the floor.

For example, four on the floor in a 'Disco groove' context means playing a normal beat but with all 4 kick drums blaring and throwing in some open hi-hats.

Take a listen to Gloria Gaynor's classic 'I Will Survive' for a great example of a disco beat.

The Jazz Swing pattern is similar to the Blues Pattern, however, we will usually shift over to the ride cymbal, use our foot to play the hi-hat on beats two and four, and lay off the backbeat a little to create more space and not have the groove be so narrowly defined.

Although repetition exists, the grooves can be much more freeform.

You may have heard this name from the well-known drummer Bernard Purdie. Even if you haven't heard of this man, you surely heard his drumming as he was a studio drummer who has played on hundreds of hit albums.

Bernard first used this beat on Steely Dan's track Home At Last, but ever since then this is has been a household beat among drummers.

Many drummers have also done a version of this beat on their own songs. John Bonham did it in "Fool in the Rain" (Led Zeppelin), Toto did it on "Roxanne".

Here's the basic form of it.

This pattern is so funky and a blast to play around with. It is no wonder it has a space in modern drum parlance.

This groove can be heard on countless records throughout the 60s and 70s. The style of music called 'Motown' encompasses A LOT of music.

A few iconic personalities that come to mind are 'Marvin Gaye', 'Stevie Wonder', 'The Supremes'...

It's a fun, upbeat groove that can get the band up and running and everyone on the floor dancing.

You can hear a similar sort of beat in The Supremes song You Keep Me Hangin' On.

This beat is sometimes called a '16th note groove' or more specifically a '16th note hi-hat groove', since it is characterized by its fast sixteenth-note pattern on the hi-hat while keeping a groove going with the snare and bass drum.

Many drummers don't play this with one hand on the hi-hat, rather they alternate with two hands and hit their snare drum with the opposite hand that they usually hit the snare drum (since most drummers play with their hands crossed).

Here you can hear it utilized in the famous tune That's The Way (I Like It) by KC & The Sunshine Band.

Beats in other great songs

These were examples of common beats with their names. For more transcriptions of beats in popular music click on these links to our other articles!

How to Read Drums Notes