A Brief History and Timeline of Japanese Music 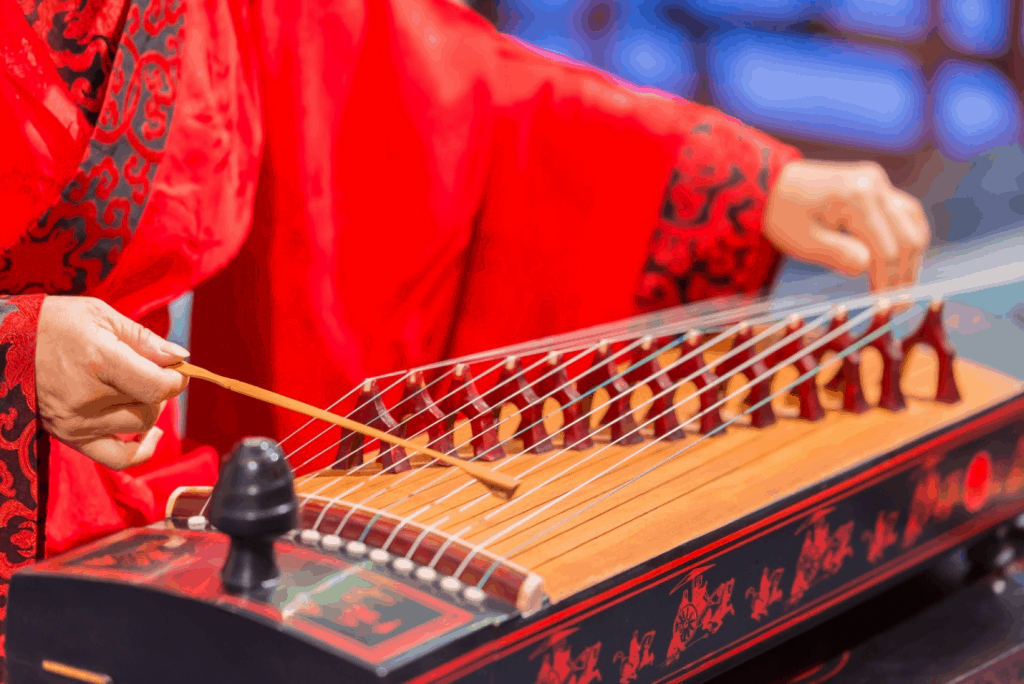 Japanese music has received recognition worldwide and it is regarded as a powerful form of beauty and emotional expression. But do you know how music first evolved in Japan?

That’s exactly what we are here to discuss! So let’s begin.

A timeline of Japanese music

Japanese pop music is the most popular in the country, known as J-Pop. Western pop music is also famous in Japan but domestic music is dominant across the charts. Let’s have a look at other types of Japanese music and the time periods they remained popular in.

Japanese music dates back to as far as 589 AD when domestic classic music Gagaku was played at the country’s imperial court.

The Shomyo music became popular in the 8th century and it was known in Japan as the ritual music. Some people regard this type of music as a Buddhist chant at that time in the country.

The Honkyoko music gained fame in the 13th century and it was played through the flutes by the local bands.

Nogaku was one of the traditional styles of Japanese theater, while the Noh genre was known as the lyric drama. This type of music first surfaced in the country in the 14th century.

In 1603, classic theater Kabuki became famous in Japan. It was known for the rich costumes and impressive acting.

Bunraku music basically represents the traditional Japanese puppet theater. It first came to the fore in the 17th century.

It was in 1868 that the Western music was introduced in Japan. By the 1930s, the country had become a major consumer of Western art music.

In 1885, Gunka became popular as the military music in the country. In standard Japanese terms, it applies to both the local and foreign songs.

In the 19th century, pop music became increasingly popular in Japan. It usually refers to the Western-influenced music. The J-pop was once known as New Music, a term used to describe different genres of music including pop, rock, rap and dance.

In the 1930s, Jazz music gained fame in Japan, particularly after the visits of American and Filipino Jazz bands to the country. Japan has always had a history of appreciating the American art of jazz music.

Abbreviated as J-rock, this genre of music started to become popular in the country in the 1960s. Folk-rock band Happy End is known as the first to perform rock music in Japenese language in the early 1970s.

It was in the 1980s that hip-hop music started to become popular when Japanese musician Hiroshi Fujiwara started to play records in the genre.

Use of multiple mediums

It was in the 1990s when popular music was increasingly seen in all mediums, including anime, film, dramas and TV.

Let’s have a brief look at two of the most popular music events held in Japan.

In 1997, the first Fuji Rock Festival was held in Japan. It is an annual show that features more than 200 local and international musicians. The festival is perhaps the largest outdoor music event in the country.

In 1999, Japanese rock band Glay held the largest ever concert in the country with 200,000 people in attendance.

Before we conclude this article, let’s look at some of the most famous singers and bands in the country.

Hikaru has been dominating the Japanese music charts since 1997. Her songs are famous particularly because they are sung at a slow pace. The 36-year old singer became famous for her songs Heart Station, Sakura Drops and First Love.

This all-girl band is famous especially because it has 48 members. They gained fame for their songs Let’s Become Cherry Blossom Trees and Heavy Rotation. AKB48 gained famous for its catchy tunes and its high-pitched music videos.

Miku is famous and thrilling but interestingly, she is not human. She is a 16-year-old anime character that performs live with a voice created by a computer.

This is a Japanese alternative rock group which is prominent on the Japanese music charts since 1994.  They are known for their songs Colony, Star Gazing and Karma. Their poetic and metaphoric lyrics are liked by their Japanese fans.

Osaka-based singer Ai Otsuka became a top artist after her song Sakuranbo remained on the top chart for 103 weeks in a row. The 36-year-old singer-songwriter is also known for her other songs Planetarium and Love is Born.

The pop group is among the most popular Japanese boy bands. Arashi has been on the music scene since 1999. Some of the band’s members have the reputation of idols as they also appear in TV acts.

Arashi’s latest songs were Monster, Power of the Paradise and Love So Sweet, while Are You Happy is their latest album.

Kumi is a pop singer who is known for her deep voice. She is known for her songs sung for the game series Final Fantasy. These include her singles 1000 Words, Moon Crying, Real Emotion and You.

Music is highly regarded in Japan as a form of expressing one’s emotions. Despite a lot of Western influence, Japanese music continues to be inspired primarily by Japan. The enormous amount of talent in the country is evidence that more singers will come to the fore in the days to come.