A Conversation with Nicolas Repetto, Composer of The Sound of Identity 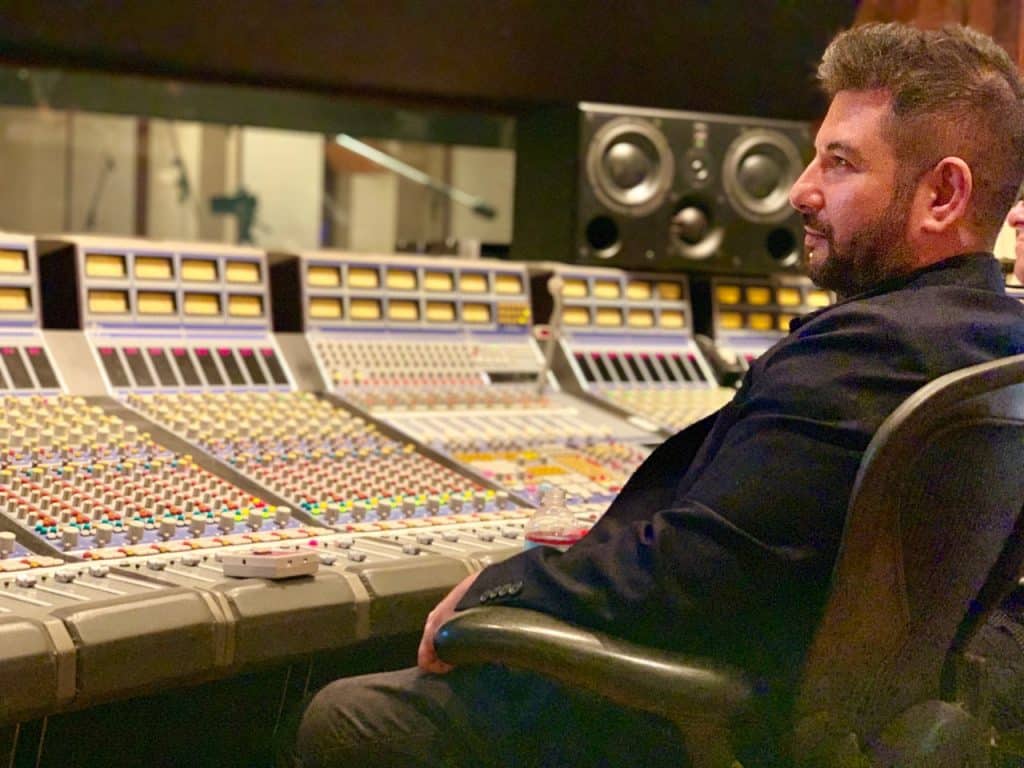 Today we are speaking with LA-based television and film composer, Nicolas Repetto, who recently produced the scoring for director James Kicklighter’s documentary feature film, The Sound of Identity, which chronicles the life of transgender opera singer, Lucia Lucas. Nicolas’s unique blend of Argentinian/Latin/world influences, classical training, and electronics sensibility has also landed him work in Phil Harding’s feature drama, The Reunion, and the Slamdance Film Festival premiere of the episodic/pilot Tijuana directed by Mary-Lyn Chambers. In this interview, Nicolas explains his approach to scoring The Sound of Identity and overall experience in composing music for film and television.

Nicolas Repetto (NR): When I decided that I wanted to pursue scoring for film, television, and new media, I had no idea what it was going to entail. Around 2000-2001, when I was still in college, I started researching what I needed to learn to become a composer in this field. I was then accepted into the Pacific Northwest Film Scoring Program Summer Program with Hummie Mann in 2005 to learn even more about scoring for film and television.

There was a lot of technology involved, like getting a computer, buying a sequencer and a DAW (digital audio workstation), controllers, and other fancy gadgets plus knowing how to operate all of them. On top of that, there was the cost to make it all happen, and as a recently graduated college student who got his first job as a public school music teacher with a ton of student loan debt, this newfound pursuit of mine seemed like a daunting challenge.

On top of that, you also had to know how to write a decent tune that people would like. For a while, it felt like I was climbing my own personal version of Mount Everest. Luckily, my inner fire and drive for the excitement and adventure of pursuing something new and interesting kept me going. So I found the equipment I needed to start composing, learned all of it, and eventually got my first paying gigs as a composer writing commercial jingles, which then led me to move to Los Angeles to be right in the middle of all the action. It was one of the best decisions I’ve ever made. 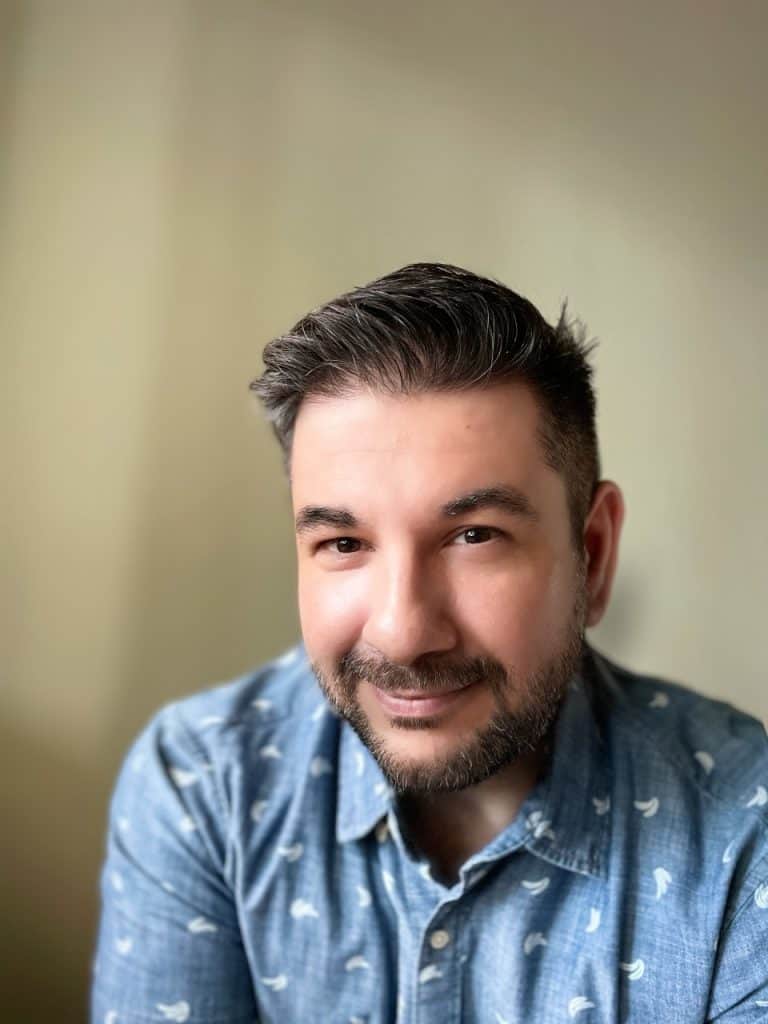 I love Los Angeles -- the energy, the people, the creativity -- it’s so exciting. Although there are ups and downs in any career, my drive and inner fire has not flickered or gone away in wanting to pursue writing music for film, television and new media. In fact, I’m all in. I’ve been all in all along the way.

JA: How has your background informed your success in composing?

NR: Much of who I am today and the path I have chosen definitely stems from my family and upbringing. My parents immigrated from Argentina to the United States when I was five years old to seek better opportunities for our family. From those early years, they instilled the notion of working hard and learning as much as possible while at school. When I was a kid, I used to accompany my dad and help him at his company (he was in the recycling business back in the 80s and he was an entrepreneur before I knew what the term meant).

During those outings, he would always encourage me to be a good, honest person and talk to as many people as possible to gain confidence in speaking with others to build relationships. In composition for film and tv, where rejection is ubiquitous, learning this skill at an early age helped me put one foot in front of the other and persevere. This has helped me build the relationships that have blossomed into wonderful creative partnerships. I’m extremely grateful to my parents and all they have done to bring us to this great and wonderful country. It’s truly a gift.

JA: What has composing for The Sound of Identity taught you about yourself, or about life?

NR:  I’ve learned that “less is more” as well as learning to embrace who I am as an individual including all my strengths as well as shortcomings. In terms of composing music for the film, the film had incredibly touching moments where a heavy-handed approach would have been just plain wrong. It needed a more intimate approach. Hence, less is more. The simplest gestures were usually the ones that drew the most impact during those tender moments between Lucia and Tobias Picker. Embracing one’s identity is crucial in forming the foundation of who we are, especially in the creative world.

Personally, I love exploring aspects of my Argentine roots; I employed rhythms from the tangos I love and grew up with and other elements from my formative years. I’ve sprinkled a few of these elements throughout the score for The Sound of Identity. I think using those experiences brings authenticity and honesty to the work. It helps audiences discover more of who I am as a musician and composer.

JA: How do you see your role in composing -- do you see it as more artistic, technical, or a mix of both? Do you find that there is room for your personal touch on a project?

NR:  I think my role in composing is a mix of both the artistic and the technical. Modern day composers for film and tv have to be master storytellers and technologically proficient. That’s an inescapable fact due to the rapid evolution of technology for filmmakers as well.

The technological side requires modern composers to have music production skills such as working with a DAW (Digital Audio Workstation) or notation programs like Finale, Sibelius, Dorica (among others), and know-how to create realistic mock-ups. With the technical, there can also be creative expression. 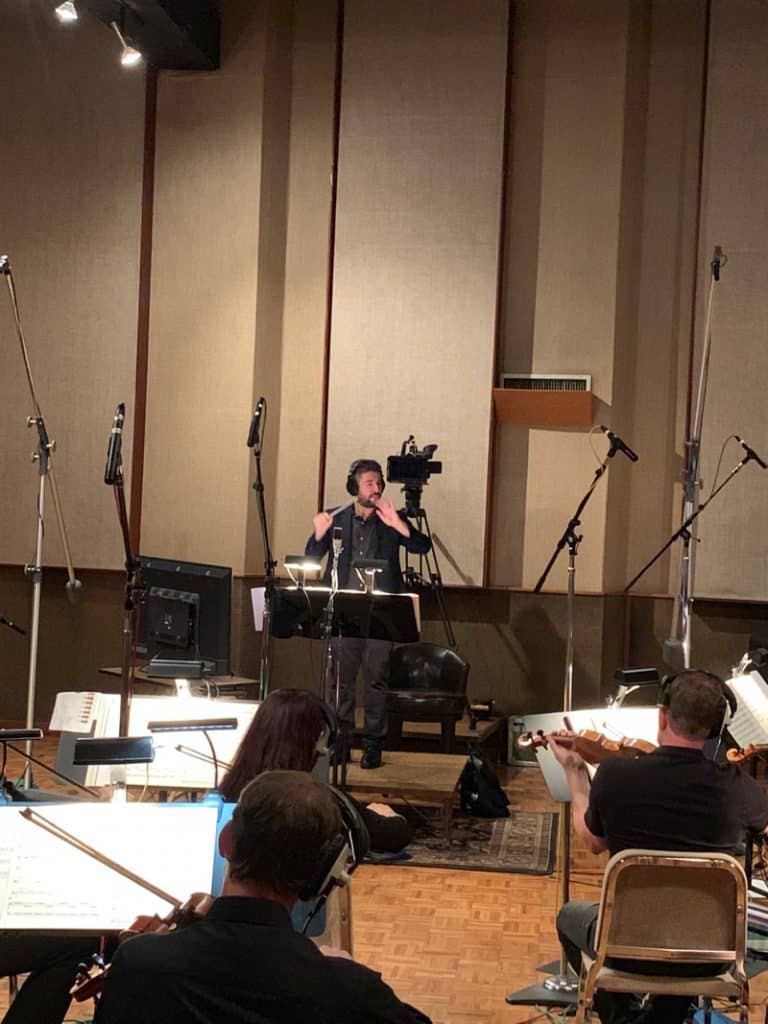 Take for example the use of audio clips from field recordings. Just by itself it would be just a bunch of bits and bytes sitting in a folder on a computer. But, import those files into a DAW, then modulate, loop, distort, add reverb, and other creative effects and you have the beginnings of musique concrete. Depends on the relationship, but I think the reason directors and producers hire composers is for their personal touch and what they bring artistically to a project. I’ve been fortunate to have worked with amazing collaborators like James Kicklighter who values the personal touch I bring to his project and I’m extremely proud of the work we accomplished on The Sound of Identity.

JA: Which scene from The Sound of Identity was most difficult to score? How did you decide which direction to go?

NR:  There were a few scenes that presented challenges during the scoring process. The first leans more into the compositional process and it was during the scenes with Lucia and Tobias. I know I needed to create music that hit the emotional points during the conversational moments between Lucia and Tobias without being intrusive or distracting, so I decided on elongated musical gestures (i.e. long sustains of music with staggered entrances).

That helped not only employ Lucia’s and Tobias’s musical themes, but also provided a way to weave around the dialogue during those very important moments. The next type of scene dealt with a more technical aspect where we had to fuse an on-screen performance during the opening night of Don Giovanni with an arrangement of Mozart's music. Anne-Kathrin Dern, one of my music arrangers on my music team, did a wonderful job integrating portions of the Don Giovanni overture with the on-screen performances so they matched seamlessly.

Then, during the final mix, I worked with Michael Capuano, our re-recording mixer at Icemen Audio, to make sure the ambience of our studio recording matched the ambience of the stage at Tulsa Opera. The end result was a seamless integration of production sound, score, and image.
JA: Who is your dream director or creative to work with?

James Cameron since I admire his work ethic, perseverance, and artistry. Plus, he’s made some of the most incredible movies of my generation like Aliens, Terminator 2, Titanic, and Avatar. He’s such a visionary. 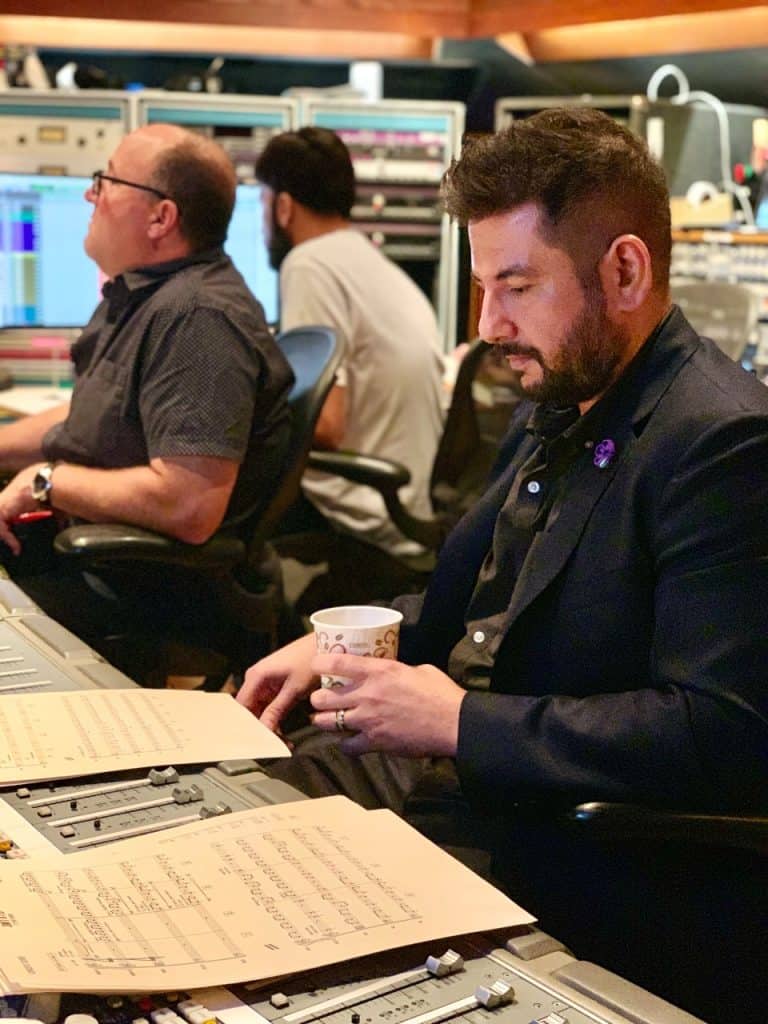 He’s also worked with one of my musical heroes, James Horner. Peter Jackson since the Lord of the Rings films (and their respective scores!) solidified me wanting to pursue film scoring as a viable career option -- especially The Fellowship of the Ring. And, Neill Blomkamp -- especially when he was posting images of his reimagined Aliens continuity story on Instagram that hopefully Disney/Fox will resurrect! (as an “Aliens” fan myself, we need Ripley and Hicks kicking ass once again).

Blomkamp’s movies like District 9, Elysium, and Chappie have pushed the boundaries of our imagination, so it would be exciting to be a part of his vision one day.

JA: What 1 sentence of advice would you give to aspiring composers?

NR: Be curious and never stop learning. Thank you again for this wonderful opportunity!

You can listen to The Sound of Identity’s Soundtrack on Spotify and keep up with Nicolas via his website. Thanks for reading!