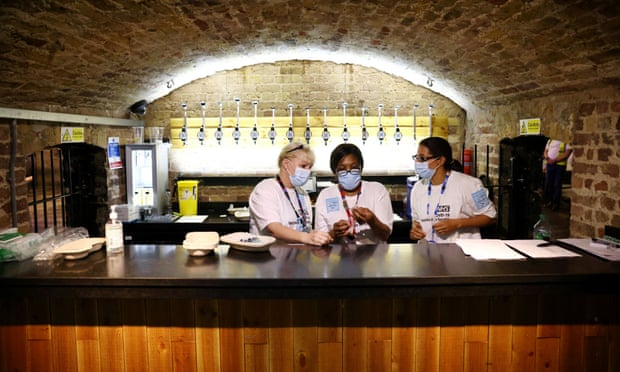 According to research, Covid-19 has resulted in the loss of 393,000 employment in the night-time economy, including 86,000 in the "night-time cultural economy" (NTCE), which includes nightclubs and theaters.

The study, commissioned by the Night Time Industries Association (NTIA) and carried out by leisure consultants CGA and night-time economy researchers Make, discovered that the sector in the UK – which includes restaurants, bars, casinos, cultural venues, and more – has been steadily growing over the last decade, peaking in 2019.

The NTCE, along with the broader night-time industries, was expected to expand at a rate of 9% from 2020 to 2024, but instead saw employment losses when venues were forced to shut due to the coronavirus outbreak.

The head of the NTIA, Michael Kill, has urged the chancellor, Rishi Sunak, to prolong the lower 12.5 percent VAT rate for hospitality companies until 2024 in order to aid the sector's recovery, and for the Treasury to refrain from imposing further alcohol duties.

He also urged the government not to implement vaccination passports for admission to night-time events, claiming that doing so would "further harmed a vital sector of the economy." The passports are needed in Scotland and Wales, and they were being prepared in the United Kingdom until Sajid Javid, the health minister, said that the plans would be cancelled.

"We're in a dire position and in order to recover to pre-pandemic levels, we need investment, strategy, and most importantly, top-level acknowledgement of the industry's contribution to the UK economy," Sacha Lord, an events promoter who is also Manchester's night-time economy adviser, said in response to the NTIA report's findings. Pubs, taverns, clubs, and restaurants are vital to the revival of any city, town, or hamlet in the United Kingdom.

The nightlife sector is essential to our post-Brexit, post-Covid economic future and development, and ignoring it would be a terrible damage to our cultural image."