After a Decade, I Can Finally Mourn the Amy Winehouse I Knew 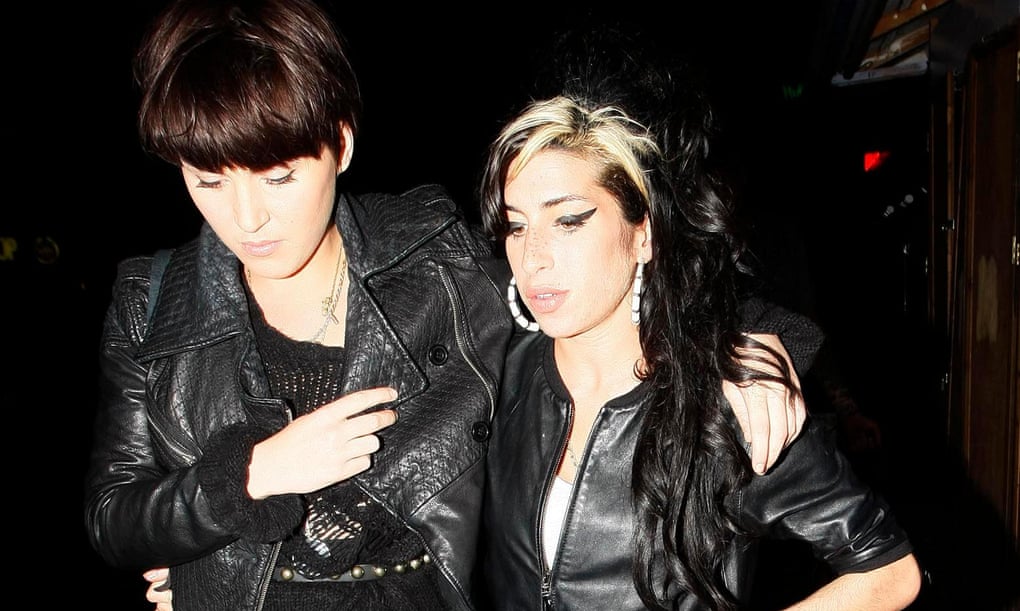 God alone knows what I must have looked like in a Cambridgeshire field, a scruffy 25-year-old dressed as a psychedelic game hunter with glitter plastered over my face sobbing uncontrollably. On July 23, 2011, at 4 p.m., a friend of mine informed me that Amy had died. While other revelers danced around me, I was completely inconsolable.

It was the Saturday before the Secret Garden Party, and my pals were debating how best to inform me. When they realized it was going to be revealed on the festival stage, their hands were forced. In the end, a man named Jamie chose to be blunt: "Amy Winehouse is dead."

These words echoed throughout my mind and body. As I slumped over, all I could manage were the words, "No, no, no." When I think about that, I still get a knot in my throat and feel compelled to take that girl up off the filthy ground and provide her with the care she need. Instead of consoling me, the majority of the group chose to leave me because I was "disrupting the vibe." The remainder of the story is a bit of a haze.

Amy's death signaled the end of an era for those who received the news that day. It was also the start of a new, terrible chapter in my life: the commencement of a mourning process that would last a decade. I don't know what it's like to lose someone who isn't popular or well-known. It may not be simple. At the very least, I'd want to be given space and solitude; room to heal and time to digest - all of which I've yearned for in the years ahead.

Amy was the first person I met in 2005. My buddy Jon and I were out on the town at the Freedom Bar in Soho. We saw this attractive young man seated across from us with a stunning young lady. Amy's first album, Frank, had been out, but I had no idea who she was or what she sounded like. It wasn't until someone mentioned her name that I recognized her.

After a half-hour of scheming and preparation, Jon delivered two martinis to their table. The two rushed over with big, playful smiles on their faces right immediately. They were ready to come over and throw us off because they believed we were bringing them "evils."

That night, a connection was established. I'm not sure how or why, but Amy and I found solace in one other straight away. We'd come to see ourselves as two of life's outcasts over time, and our relationship became stronger in the years that followed.

Amy approached me in late 2006 and requested me to work for her, making her my first major client since starting out as a stylist. Back to Black had just come out and was gaining traction, but Amy's life was still fairly regular. Amy would prepare supper for us when we visited her, and we'd drink wine and talk for hours. On other nights, we'd head out to the Hawley Arms, the Good Mixer, and Marathon Bar in Camden, before finishing up at Koko on a Friday night. I remember those heady days fondly — in striking contrast to what came next.

In 2007, things began to shift at the Brits. Amy became a household name overnight, and photographers were suddenly everywhere. She'd been on the cover of publications and walked every red carpet by 2008. Amy had married, had a severe drug problem, seen her husband imprisoned, and relocated; she had 11 kittens and paparazzi camped out at her door day and night.

At the same time, I was dealing with my own issues as a 21-year-old. Amy had introduced me to a gentleman with whom I had been dating. It was an awful relationship, and Amy saved me, while being in her own misery, by relocating me to her other location. I'll be eternally thankful for it.

I didn't have a minute of calm when Amy died to absorb what had occurred. Her death wasn't simply a personal tragedy for us; it was a worldwide "story." Her picture was plastered across every front page, and a deluge of condolences came in. The majority were comforting, but a few were strange and invasive.

Everyone appeared to believe they understood what had occurred and why it had happened since there were so many different viewpoints. People who were obsessed with Amy's death asked very personal, inappropriate questions, while others wanted to educate me. Is it true that I knew what they'd read in the news? Nobody could tell the difference between the celebrity and the person I knew and loved.

Her burial, too, was a spectacle. The entrances to the cremation were surrounded by hordes of photographers. Someone rushed through the rear door and laid on the casket, weeping like a scene from a terrible movie, while a journalist made his way into the ceremony.

People in the UK had grown more outspoken, asking, "Why didn't someone do something?" That is exactly what we did. “This is how I would have done it.” “Someone should have dragged her to rehab,” someone said. Yes, I did that as well. Quite a few times. We tried everything, but these remarks lingered in my mind. They still do it on occasion.

I understand what you're going through. Amy's issues were presented in a sterile environment. She was adored by a large number of individuals. Because only a few of us understood the truth, the general public — fans and non-fans alike – depended on the frequently untrustworthy press. Her close circle did not speak to the public about personal, private occasions. I understand why people are perplexed and worried. But it didn't make things any simpler for me.

Then, somewhere in 2014, three years after Amy's death, everything appeared to finally calm down. Nobody fresh appeared to be crawling out of the woodwork to speak about her life; her music was still being played in stores and on the radio, but with less regularity. A visceral and delayed response was triggered by the quiet. When it finally dawned on me what had occurred, I went off the rails.

I ignored my mental health, drank excessively, and made poor choices, forming toxic connections and entering another miserable relationship. I was drowning in the shock of Amy's death and how it was handled in the media. I did all I could to keep my head above water. I'm not sure I would have lived if it hadn't been for a handful of friends and my family, who organized several rescue operations.

Another painful reality that I had just recently realized was that I had lost not only my buddy but also my job. Amy had become the center of my professional life, and my "job" had all but disappeared. The aftermath of her death had devastated me so badly that I was completely incapable of reviving everything I'd fought so hard to create for years.

I was poor, thin, and traumatized, and I was living with my mother. I needed to start processing what had occurred as soon as possible, but I couldn't even talk to experts. I had a therapist who began telling me about what she'd done for Amy and how she intended to contact her in the middle of our session. Is it possible for me to put her in contact with Amy's father?

Instead, I focused on something else. Maybe, I reasoned, I'll be able to find peace after Amy's tale is resolved. Amy's brightness and life had been tarnished by a soiled tabloid legend for years. Her truth had been misplaced, and I wanted to reclaim it. For me, this meant altering how she was remembered both in life and in death.

I made it my goal to make something to honor her: she was an inspiration, a strong woman, and a kind person. I wanted the world to meet the Amy I knew, not the one who made the news. The one who made me laugh, cooked for me, and played pool with me. Even though I couldn't rescue her, she was the one who saved me.

I started work on a book, an exhibition, and a short film to honor her accomplishments. The more I concentrated on all of this good, the better I felt.

The rage and befuddlement have faded with time. I returned to London and began to restore my career. The tabloids found new individuals to concentrate on, and I believe that as a society, we grew more aware of drug addiction and mental health problems.

For years, losing someone famous felt like an unending struggle, but today I see some silver linings. Amy's music has a new meaning for me now, and hearing her voice provides me great comfort. I can spend time in her company by watching her internet interviews. I'm not sure I'll ever get over Amy's death or how it occurred in such a public way. But at the very least, I know she'll be remembered. Amy was adored, and she will always be adored.

Thanks to Naomi Parry at The Guardian whose reporting provided the original basis for this story.