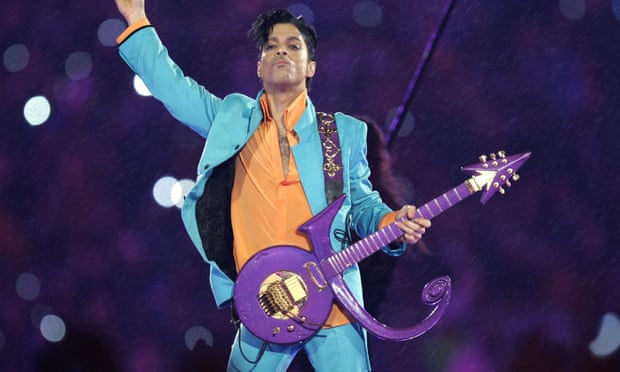 The late pop musician Prince's estate, including his song collection, has been appraised at $156.4 million (£114 million), almost double its previous estimate.

Comerica Bank, the estate's administrator, reached an agreement with the Internal Revenue Service (IRS) and Prince's heirs on the amount. The artist died without a will in 2016, and his fortune will be divided among three of his siblings, as well as the publishing business Primary Wave, which purchased the Prince catalog from another three heirs, two of whom are dead, in August 2021.

The wealth of the estate might be redistributed as early as next month. "It's been a long six years," said L Londell McMillan, an attorney representing the three heirs who have faced an expensive court battle to settle and share the estate's worth.

The US tax department, the IRS, said earlier this month that the estate was worth $163.2 million, more than double the $82.3 million number originally supplied by Comerica. The IRS would be able to claim a lot more tax because of the greater value.

In 2020, Comerica filed a lawsuit against the IRS, claiming that its value was incorrect. Comerica said after the settlement that it would have won if the matter had gone to trial, but that the heirs had pushed for a settlement to expedite the process.

Primary Wave and the surviving heirs will now look to the estate for fresh and continuous income.

Prince's remarkable and diverse song repertoire includes pop classics like Purple Rain, When Doves Cry, and 1999, as well as funk, R&B, new wave, and beyond. Streaming and sales royalties, as well as placements of Prince songs in cinema, television, and advertising, may all help the estate's owners make money.

The potentially rich returns from song catalogs like these have prompted a flurry of high-value purchases by big labels and publishing businesses like Primary Wave and Hipgnosis, including works by Bob Dylan, Neil Young, Fleetwood Mac, and Paul Simon.