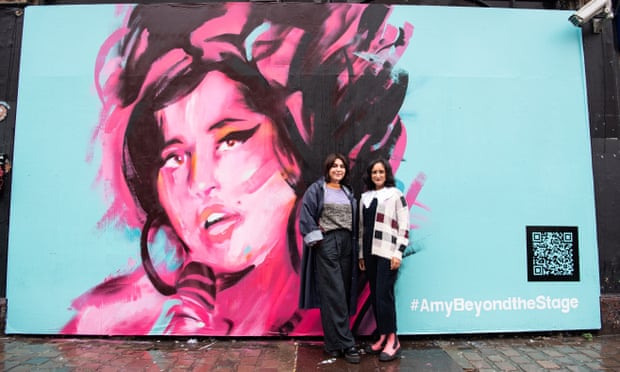 A significant retrospective of Amy Winehouse's life and work will portray her as a "music intellectual," with personal artifacts, such as her first electric guitar and handwritten notes, on exhibit for the first time, as well as an immersive tour.

Amy: Beyond the Stage, which debuts on November 26 at the Design Museum in London, is the first retrospective of the singer's life in the UK, ten years after her death at the age of 27.

The exhibition will concentrate primarily on Winehouse's musicianship, fashion sense, and the hundreds of aesthetic inspirations she drew from throughout her career, from Dinah Washington to Frank Sinatra, according to Priya Khanchandani, the Design Museum's director of curatorial.

“It felt like there was something left unsaid about Amy's story and her as a serious musician – the way she'd been portrayed in the media had really diminished her legacy,” Khanchandani added. There's a lot of noise that's enveloped her narrative, and I've been trying to peel away at the layers to make sure we're telling the correct story.”

The immersive exhibition will include a display of Winehouse's clothing as well as a study of her style, including pieces such as the red Moschino purse and the yellow Preen dress she wore to the 2007 Brit Awards, as well as handwritten notes and lyrics.

The exhibition will also include an installation inspired by Winehouse's Metropolis studio, created by artist Chiara Stephenson, with various chambers focusing on her music, style, and inspirations.

The "finale" is an immersive semicircular environment where Studio Moross has animated numerous computer-generated figures of Winehouse and handwritten text from her vault.

Winehouse's first electric guitar, a Daphne blue Fender Stratocaster, was utilized during the publication of her first album, Frank, and the presentation will go through how she composed and produced her landmark album, Back to Black, which catapulted her to worldwide fame.

Naomi Parry, Winehouse's friend and creative director, who served as a special advisor on the project, expressed her hope that the show will clearly identify Winehouse as an artist rather than the media depiction. “I hope this is the final story and that it allows her younger audience to meet her because they will never see her on stage.”

Beyond Black, a retrospective of Winehouse's fashion style, was exhibited at the Grammy Museum in Los Angeles in 2020, but this is the first significant retrospective of her life and work at a British institution.

In 2013, the Jewish Museum in London held an exhibition of the singer's personal belongings, including shoes, CDs, and photos, with descriptions contributed by her brother Alex.

Amy: Beyond the Stage is the latest cultural event to commemorate Winehouse's death ten years ago, and follows the BBC documentary Reclaiming Amy, which included her family's perspective on her life and impact.

Asif Kapadia's 2015 documentary Amy, which was critical of her family and was dubbed "a disgrace" by her father and "a tragic masterpiece" by the Guardian, was viewed as a rebuttal.

Winehouse's estate is reportedly working on a stage musical and a biography, as well as new early songs by the artist.

Thanks to Lanre Bakare at The Guardian whose reporting provided the original basis for this story.