Antoine Fadavi is a well-known and respected professional drummer and music director who's been touring with the popular band King Princess for a few years now.

Originally from Paris, Fadavi was still a teenager when he started getting coverage in a number of major drum publications, including Modern Drummer, Drum!, Digital Drummer, and Batterie.

Oh yeah, and he already had a formidable YouTube channel, too, with more than a million cumulative views.

Relocating to Los Angeles after high school, Fadavi's career really took off, and since then, he's been touring, music directing for the likes of Ella Isaacson and Little Luna, and producing, all while keeping up with his own social media accounts, where he documents his musical adventures.

We caught up with Fadavi at the start of the fresh and shiny new year and had a chat about his favorite drummers.

The list might change over time, obviously, but right now, these are five incredible drummers who have been inspiring Fadavi around the clock. Let's check 'em out.

First up is the late Jeff Porcaro, who sadly passed away back in 1992. Most well-known for his work with the legendary rock band Toto, Porcaro was also a crazy-prolific session musician, reportedly earning credits on hundreds of different albums during his career, including collaborations with massive artists like Eric Clapton, Miles David, Joe Cocker, Dire Straits, Stan Getz, Pink Floyd, Steely Dan, Bruce Springsteen, and many, many others.

Seriously, this guy worked. His list of credits is kind of crazy. Leaving the scene quite young, he's been remembered very fondly by musicians and fans alike.

Fadavi pointed out his own love for Porcaro's work on a Toto record that was only released after his passing.

"If I were to listen to one album on repeat until the end of time just for the drumming, it’d be ‘Kingdom of Desire’ by Toto. It was released posthumously, the year following Jeff’s passing. Jeff has one of the most incredible drum sounds and drum feel I’ve ever heard, and he's so versatile, too."

It's also pretty clear from interviews and appearances that Smith just loves his job, and it doesn't hurt that he's an excellent drummer.

His style perfectly fits the band's particular flavor of rock/funk with some dashes of alt-rock thrown in for good measure.

Fadavi has a serious affection for those pivotal RHCP albums, and he's especially hyped about opening for the band later this year.

"‘Blood Sugar Sex Magik’ by the Red Hot Chili Peppers is an album with one of my favorite drum sounds of all time. That plus Chad’s loose-yet-anchored feel makes it so exciting to listen to. I’ll be playing drums with King Princess, opening for the Red Hot Chili Peppers on August 6 at Allegiant Stadium in Las Vegas, Nevada. I’ve worked with Chad a few times in the past and he’s always been a lovely person. I cannot wait for that show."

Taking things back a-ways, we've got Al Jackson Jr. next. Jackson was a drummer, producer, and songwriter, helping to found Booker T. & the M.G.'s, who were actually session musicians for Stax back in the day.

Known for being an extremely reliable drummer, even earning the nickname "the Human Timekeeper," Jackson has made it into both the Memphis Music Hall of Fame and the Rock and Roll Hall of Fame.

Even if you haven't heard his name before, you've probably heard Jackson's work on the seminal track 'Green Onions.'

If you're curious to hear more, the full album of the same name is a great listen. It definitely captures that famous time period while also showing off the distinct  style of Booker T. & the M.G.'s

Fadavi sees Jackson as one of the most important drummers of his time.

"In my opinion, Al’s drumming was unrivaled in the Motown era. He had a way to come up with the most perfect drum parts and play them with the best feel every single time."

Tosh Peterson is a super-successful LA drummer who's been touring professionally since the age of 16. He's toured and recorded with some huge names like Machine Gun Kelly, Lil Nas X, Bad Bunny, and Nik West.

Known for his energy and wild stage presence, Peterson is well-known both in the LA music scene and the music industry at large.

He's been inspiring other musicians for years now, and Fadavi definitely enjoys the vibe that Peterson brings to his work.

"I love Tosh’s energy on stage. His setup is very minimal yet powerful. Super fun to watch and always makes me want to get behind my drums."

Last on the list is Rob Humphreys. Humphreys is a pro drummer and percussionist originally from New Mexico.

For quite a while now, he's been playing live and in-studio with a huge number of massive recording artists like Billy Ray Cyrus, Celine Dion, Kacey Musgraves, Karen O, Lizzo, Macy Gray, Meghan Trainor, and Idina Menzel. There are more, but we'll let you check out his full credits over on Humphreys' official website.

Humphreys is a consummate professional, and he's able to morph his style to fit in with every artist he works with, and that's no small task.

Fadavi's been working alongside Humphreys on his current tour, and he loves having the chance to see Humphreys in action in every show.

"I’m currently on tour with King Princess opening for Kacey Musgraves on her U.S. ‘Starcrossed: Unveiled’ Arena tour as I’m writing this, and her drummer Rob is absolutely amazing. It’s such a great opportunity to be able to watch their show every night!"

So that's the list, but we had a few more things to ask Fadavi, the first of which was how often he looks for drummers he hasn't heard before.

As it turns out, Fadavi is pretty studious about looking into the musicians behind the music he loves.

"Whenever I listen to music I haven’t heard before and I truly enjoy it, I take a look at the credits to learn more about who produced, wrote, mixed, and performed on the song. I then start going down a rabbit hole, learning about the performers’ life, discography, and career. That’s how I first became aware of one of my now favorite drummers, Al Jackson Jr., by looking up the credits for Otis Redding’s '(Sittin’ On) the Dock of the Bay.'"

If there's anyone out there looking around for new drummers to follow, this is a great tip. It's pretty rare that a professional musician works with just one band throughout their entire career, so even just finding a name and doing some basic research can quickly provide a wide variety of new music to listen to.

You might even notice some major differences in the playing style of each musician across different projects. 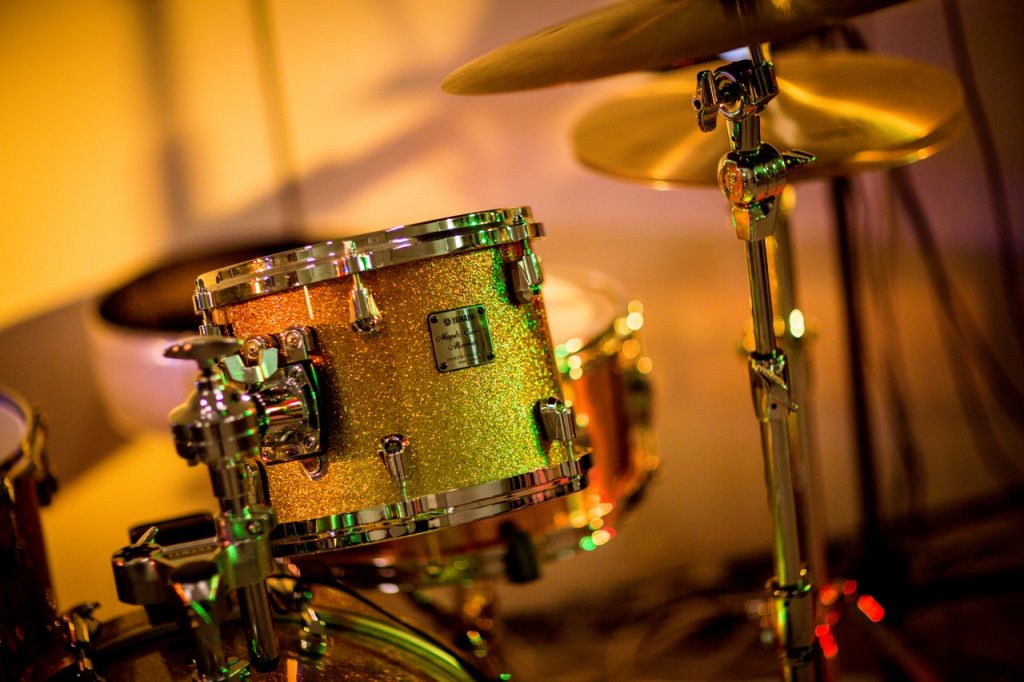 Last but not least, we were curious about whether Fadavi's own playing is influenced at all by the other musicians he listens to.

"All the music I listen to influences the way I play, almost instantaneously. I could hear a tune in the morning and be playing it in my head throughout the day, remember the grooves, tones, and fills, and think of how I could apply them to my own playing. Also, I taught myself how to play drums, so I developed a strong sense of critical listening. When you’re part of a community, you tend to naturally become like the people around you, so I've picked up a lot of drum habits and quirks from my close drum friends throughout the years."

This kind of open attitude to playing and musical creativity can lead to some interesting evolutions of a musician's playing over the years.

Music has always had a community element, and listening carefully to how other people handle specific genres, how they apply their own style to every song, can inspire your own creativity.

But how about you? Do you have a solid list of favorite drummers? Does it change often? How have your own musical influences pushed you to explore new ideas, new boundaries?

Thanks for joining us for this influential drummer roll call, and special thanks to Antoine Fadavi for making time during his current tour to talk with us.