Are Drums Harder to Play Than Guitar? 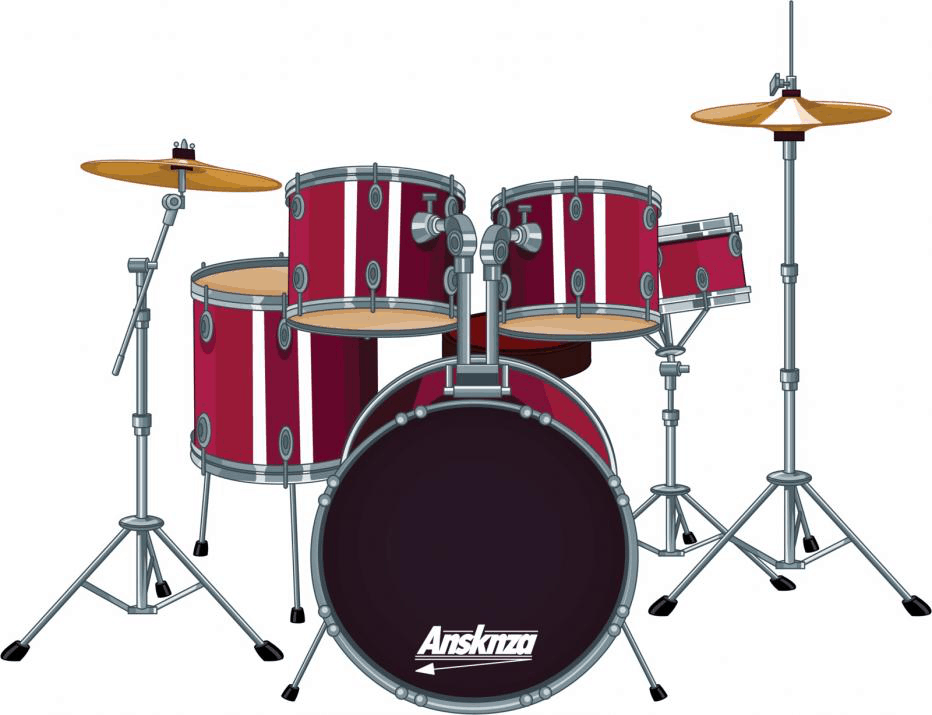 Guitars and drums are both important and tough instruments but which is harder to play? Both the guitar and drums are just as difficult to play as you make them. To truly achieve a level of mastery with any instrument takes a lot of perseverance and hard work.

If you don’t plan to study the instrument seriously, your choice is clear. If you simply want to play in your free time and learn only some songs, learning the guitar is probably easier. An acoustic guitar can be relatively cheap to buy and store in the house as well which makes it much easier to access and practice.

By learning a few main chords you will be able to play popular songs, impress those around you, and have some fun.

Competently playing and learning the drums, on the other hand, takes coordination, a real sense of rhythm, and an impeccable sense of timing. However, learning a basic beat is not particularly difficult, you could probably learn it more or less in an afternoon.

Furthermore, many songs only require simple drums to sound good which makes it a great instrument for beginners, because you can begin playing songs right away.

However drums are the backbone of the entire band which they build and depend upon, so it requires the drummer to practice having a good sense of timing so that the whole band won't suffer.

Really the only barrier to getting good at drums is putting in time practicing. Even if it is just practicing rudiments and drum rolls while you're watching TV, the more time you spend, the more you will train your body to play better.

Although guitars may seem more approachable, they still require plenty of patience and discipline, along with hours of practice.

To get started on guitars you will want to learn chords. These are the foundation of all the songs you will want to play. Learning to sing over the chords will allow you to play virtually any song and sound great.

However, chords can take some straining on the fingers at the beginning. Many of us are not used to stretching our fingers that way.

One tip is to learn the shape of the chord, press your fingers down on it, then when it hurts, relax your fingers for 10 or 20 seconds and then resume with the chord. Going back and forth like this will stretch your fingers.

If chords are too difficult at the beginning, be sure to try to just playing on one string. Pick a simple melody, like happy birthday and try to play it on one string.

So what is the verdict?

Drums are definitely more physically demanding than the guitar. While many would see this as a con, when you consider the physical effort it takes to play the drums, it is absolutely not because of how fun it is once you get into it. It is like a mini-workout if you really get into it, but you can also play lighter which doesn't exhaust you as much.

A guitar is more affordable, portable, and the music you play will be easier to recognize by others. Drums take up a lot of space and take a bit more effort to learn, but you should remember that being a drummer makes you a golden egg. Bands will definitely be looking for a drummer, especially if you have a special affinity to the instrument.

However, both instruments need you to have a good sense of rhythm. For guitar playing, you should work to improve finger dexterity and know if the guitar is not in tune. But if you wish to learn an instrument easily and play on your own, then the guitar is the right instrument for you.

With drums, you will need to have good arm and leg coordination at least. But this coordination can be practiced anywhere, you can practice it while on the bus, waiting for your dentist appointment, etc.

So are drums harder to play than the guitar? In light of the above, the answer to this question is actually up to you. Each instrument has a different level of complexity. If you want to master either, you will need to dedicate effort and time.

Playing the guitar will only be harder than drums in the very beginning. Learning basic finger techniques and knowing how to properly switch between chords will be much more difficult than nailing down basic drum beats. However, once you get into the weeds of each instrument, they both have their hurdles to overcome.

Many beginners may find it easier to play the drums given it seemingly requires no special skills apart from hitting a big target. With a guitar, the fretboard may seem like a complicated maze, and even tuning the guitar may feel like a challenge.

The drums also require a space to play, and if you want to have an acoustic set you need to soundproof your room.

But as each instrument has hurdles that one needs to get over, both instruments may be vital for each other. Learning melodies as a drummer helps you play much more appropriate for the music and can even help you become part of the writing process.

Likewise having a great sense of rhythm can set you apart from the rest of guitar players. Take Adam Jones, the guitarist from the band Tool, he has defined his style of being a very rhythmic guitar. Most of his songs are all in the same key, so harmonically it is not very complicated.

Pat Metheny, the great jazz guitarist, once said that the key to being a good guitar player is making sure your rhythm is impeccable.

The internet shows new approaches and styles in playing the instruments each day. So with each instrument there are great ways to be innovative and tons of resources available to us.