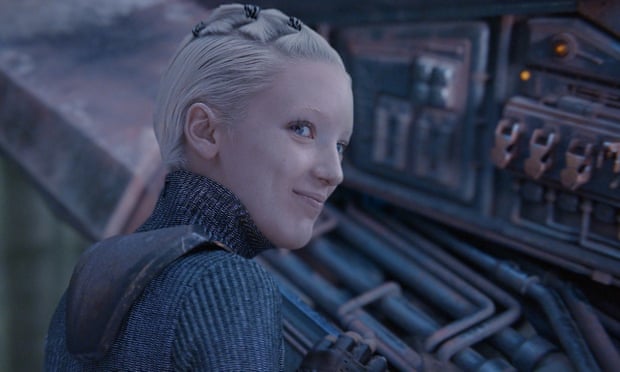 This year's John Lewis Christmas campaign is at the center of a controversy when a small-known band accused the corporation of plagiarizing their arrangement for its main song.

The arrangement of Philip Oakey and Georgio Moroder's 1985 electro-pop hit Together in Electric Dreams, which is included in John Lewis' new commercial Unexpected Guest, by the alt-folk husband and wife team the Portraits, has been disputed by the retailer.

The commercial portrays the narrative of a boy's relationship with an extraterrestrial visitation, with lyrics by 20-year-old singer Lola Young, set to a slowed-down rendition of Together in Electric Dreams. According to William Hill, the tune has a 20-1 chance of being the UK's Christmas No. 1.

Last Christmas, the Portraits – Jeremy and Lorraine Millington – issued a charity record with a nearly identical rendition of the song. Theirs was a slowed-down, contemplative composition with female vocals (the couple's teenage daughter) and a choir to emphasize the pandemic's "loss, separation, and coming together."

The Portraits song was played on BBC radio and ITV's This Morning, and the video included photos of individuals who died as a result of the epidemic. The band claims they approached John Lewis in March 2021 to see whether their arrangement of Together in Electric Dreams would work for the retailer's Christmas advertisement, but got no answer.

Lorraine Millington told the Guardian, "We sent them a lovely letter giving all the background to the song with an audio file and asked if they would be interested in using it for their Christmas advert, but we never got a reply."

"Our version was a fundraising song aimed at supporting bereavement and mental health organizations that have needed the money more than ever during the pandemic," the Portraits said on Facebook. We had a (maybe foolish) hope that we might utilize our music in a future commercial by the corporation to increase the amount of money donated to those charity. Instead, John Lewis continued with the concept and developed a version that borrowed the 'vibe' and many parts of the arrangement from our version without even informing us."

ohn The individual to whom the Portraits directed their email departed the company in June, according to Lewis, and was not engaged with this year's Christmas commercial campaign.

"There is no substance to the claims," a spokeswoman stated. Our firm is completely responsible for the production of advertising and music, and we are unable to read or evaluate suggestions from other external or internal sources."

While the corporation claims that numerous covers of the original version of Together in Electric Dreams are in the public domain, it's an odd example of creative ideas hitting at the same moment for various individuals.

The Millingtons said that they do not want to engage in a debate with John Lewis, but that "justice should be served." They have requested that the corporation "make a donation to both of the charities in recognition of our efforts."

It isn't the first time John Lewis has been accused of plagiarizing ideas. Former children's laureate Chris Riddell accused the firm of "help[ing] themselves" to a narrative from his picture book about a benign blue monster that resembled the one in their Christmas commercial in 2017.

Meanwhile, The Portraits are preparing to release a second Christmas single, this time a version of Ed Sheeran's Photograph, done in a similar symphonic and choral way.

Thanks to Nadia Khomami and Diane Taylor at The Guardian whose reporting provided the original basis for this story.