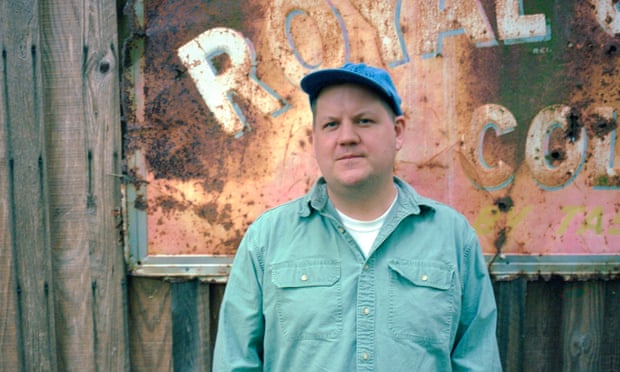 Jake Xerxes Fussell attempted and failed for more than a decade to perform an ancient American folk tune he had adored since he was a youngster. "Oh, go get your revolver / And come on and blow out my brain / For I'd rather be dead and in my grave / Than to be in this trouble I'm in," the song's chorus begins.

Rolling Mills was recorded by folk connoisseur John Cohen during a song-scouting trip to the old highlands of western North Carolina and south-west Virginia. George Landers, a banjoist, sang it in a low voice, his fingers pawing nervously at his strings. After an explosion swept down Bibb Mill, a century-old textile company that functioned as an economic powerhouse for his home town of Columbus, west Georgia, it struck a chord with Fussell centuries later.

Despite this, Fussell struggled with his own rendition, unable to sell its images. He claims that "there was no real spirit." But then he delivered it slowly, as if he were carrying a heavy load, with the violent portion recast as a normal disagreement between unhappy lovers.

"I used to think this was taking too much license," says Fussell, 40, as he strolls about his North Carolina lawn on a clear January day with the same amiable southern lilt with which he sings.

"However, I believe it is getting closer as I get older, because it feels more true to me." It's just as crucial for me to connect emotionally as it is for any other factor."

Fussell is one of the great magpies of American song, gathering neglected, tarnished jewels with a folklorist's enthusiasm — on his remarkable 2019 album Out of Sight, they varied from vicious murder songs to the lusty hollers of fishmongers. Fussell's sad-eyed performance of Rolling Mills serves as the centerpiece of Good and Green Again, his fourth – and most melancholy – album.

Fussell's parents met in a living-history museum in Georgia, where blacksmiths and dressmakers displayed past techniques. In high school, Fussell described himself as an enthusiastic "folk music dork," rummaging through dusty blues collections and field-recording anthologies in back corners of record shops.

Bill Ferris and Art Rosenbaum, two American folklorists, taught him how to be an archivist.

However, he felt apprehensive about sharing that aspect of his life with his classmates. Some high-school friends walked in for dinner during his first paid job, playing upright bass with local bluegrass standbys at a regional BBQ restaurant.

"It was nice to be able to keep my social life and school separate from my hobbies," he adds. "It was my thing, my identity's stubbornness."

But as he studied more, particularly when studying southern studies at the University of Mississippi, he realized he didn't have much to protect, since the artists he admired never intended for their work to be preserved in amber. He remembered meeting members of the Skillet Lickers, a renowned Georgia string band founded in 1926, at a Georgia folk festival in the 1990s and realizing they weren't just a cliché.

He chuckles, "They weren't wearing string ties." "They were dressed in windbreakers and puffy Nikes." Folk singers dress like that."

He scoured decades of historical material for songs that were relevant to his period on his first three albums, frequently recombining them with others or recontextualizing them with new arrangements. His 2019 version of Pete Seeger's Winnsboro Cotton Mill Blues translated a visceral lament of labor exploitation into a melancholy country song that may be renamed Amazon Warehouse Blues.

There were moments, though, when he was too cautious to offer anything new, such as with his atmospheric take on Helen Cockram's Pinnacle Mountain Silver Mine, a beautiful song about the never-ending search for riches, performed in 1980. He admits, "I almost regret recording it." "Why wouldn't you listen to that if you're familiar with her original?"

Green and good Corrects the anxiousness once again with a growing sense of self-assurance. Fussell, who became a parent during the pandemic, reinterprets songs like Carriebelle, a wayward Georgia love ballad, and adds a few originals for the first time.

The album comes to a close with Washington, a song Fussell wrote after seeing arrogant lyrics about the first American president woven into an ancient wool rug - "noblest of men." In a cunning eulogy for the illusion of American exceptionalism, his voice communicates soft disdain, matched by the ragged bite of his guitar.

In his liner notes, Fussell records every reference, not as a recital of allegiances, but as a breadcrumb trail. "It's difficult to know where to draw the line when it comes to appropriation in my work," he adds.

"Appropriation is the essence of art." But I don't think I'm doing anybody any service by pretending to be someone else."

Even still, the original material is always visible, gleaming like a beacon to remind us how little has changed. "I'm not doing this to test the limits," Fussell explains.

"I'm seeing parallels between these songs and what's going on right now." For me to want to sing them, they have to be there."

Thanks to Grayson Haver Currin at The Guardian whose reporting provided the original basis for this story.