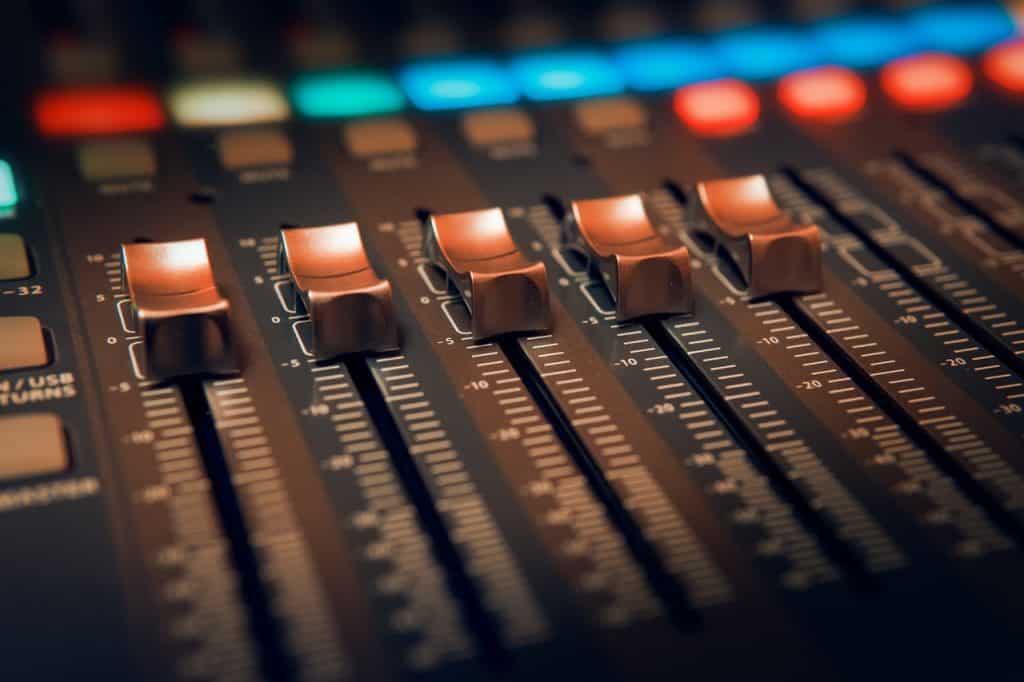 The work of an audio engineer, whether it happens in a studio or in the post-production offices for a feature film, is rigorous.

The source audio may be pristine or it may be less than ideal. Regardless, at the end of the day, teams of professionals depend on audio engineers to make their aural experiences as beautiful as possible.

That can be a lot of pressure, but for a true professional, even the most intimidating challenges can be overcome to create something that lets audiences see the original intentions of the creators.

Today's story is about audio engineer and sound designer Philip Carlo Manakin's work on a documentary called Dreaming in the Red Light.

More than ten years ago, Philip Carlo Manikan started working as an audio engineer for various post-production companies in the Philippines.

These were studios that regularly produced feature films, television and radio commercials, as well as television shows.

Beyond this audio engineering work, Manikan explored other areas of sound and music roles in entertainment and advertising, including sound design, jingles, and music composition

He also formed his own studio, which further expanded his skill set in audio and music production and post-production. 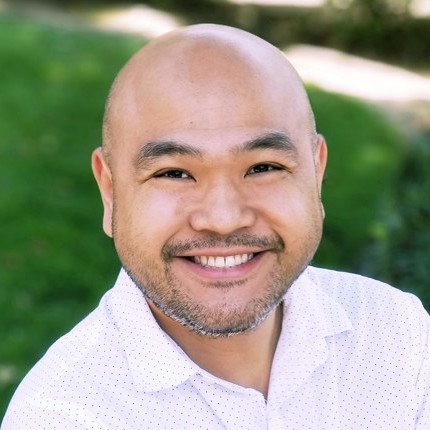 But Manikan's work on a documentary film called Dreaming in the Red Light put these skills to the test in a very satisfying way, and Manikan recently shared this story with Jam Addict.

Dreaming in the Red Light

Dreaming in the Red Light is a documentary that focuses on two women in Angeles City, Philippines: one is a mother and a former sex worker, and the other woman is her teenage daughter.

The two take small steps to build a better life for themselves, but the haze of the city's red-light district and all that it represents remains a constant presence throughout.

The film has been selected for multiple notable film festivals, including the DMZ Film Festival in South Korea, Etats Generaux du Film Documentaire in Lussas, France, as well as a prominent festival in Berlin, Germany.

The production and creative teams behind the film selected Manikan to serve as the film's sound designer and audio engineer because of his extensive credentials in these areas of expertise.

"The team knew of my years of experience in audio engineering and sound design, so they entrusted me with the overall quality of the film's audio. After being presented with the project, I was immediately interested in the content of the story."

It can be difficult to join a production that has already been in motion for a prolonged period of time (in fact, the film took more than three years to make), but Manikan was excited to offer his skills to help this project shine.

Only after he’d begun, however, did the full scope of his challenge become apparent.

When starting work on any project, and especially after being brought in to work on an existing project, it's incredibly important for the audio engineer and sound designer (in this case, both of these roles were filled by Manikan) to set out clear, achievable goals.

In the case of Dreaming in the Red Light, Manikan created some very clear goals from the very start.

"Some of the audio recording for this film was compromised, so I wanted to reach a quality standard suitable for film. I wanted to add just enough texture to enhance the mood and intensity of the scenes while maintaining the authenticity of each scene."

These are fairly standard goals for audio engineers and sound designers working on documentary films, but as it turned out, actually executing these goals was no walk in the audio engineering park.

Why exactly did a challenge present itself?

Now, any audio engineers or boom mic operators out there will probably be familiar with production processes already. But in case you're not, here's a quick breakdown of sound recording on a film shoot.

Large productions (think anything Marvel) have it a lot easier when it comes to recording sound.

For one, they usually shoot on sound stages or closed sets on-location, where camera moves and actor blocking are all worked out ahead of time, giving the sound team plenty of time to figure out how best to record all the necessary audio.

These productions also commonly use directional mics, which focus audio capture in a specific direction. This greatly reduces the capture of any ancillary sounds they don't want.

But when capturing footage and audio for a documentary, the crew is often working in public places, without scripts, meaning that just about anything can happen.

There's an improvisational side to documentary production, and on top of that, Manikan notes that the team behind Dreaming in the Red Light had to work on a fairly limited budget, sometimes using different equipment on different days.

All of these challenges were on top of the tricky shooting locations, mostly slums where external noises and voices were constant.

Again, the film took over three years to shoot, and the resulting audio was mixed in style and quality, with a persistent issue of crucial dialogue being hard to hear since it was mixed in with all the other noise of the city.

Manikan's first priority was to make sure that every piece of dialogue could be heard clearly by the viewer, while also including enough of the ancillary sounds to retain the reality of each scene.

If all external sounds were eliminated entirely, the footage would have felt very different and wouldn't have captured the feel of each moment very accurately.

The solution that Manikan arrived at was to very carefully adjust the EQ of specific sound clips in a way that would amplify and clarify important dialogue while pushing external sounds into the background. 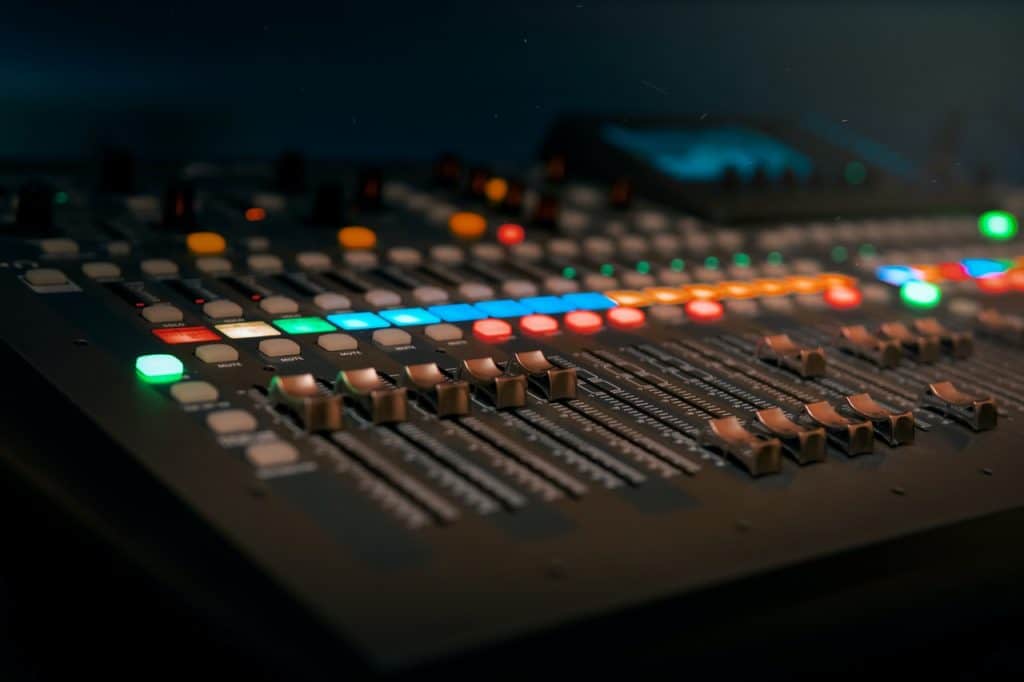 Precision EQ-ing was used to vastly improve the audio quality.

"The team wanted to preserve the rawness of the scenes and maintain the natural sound coming from the surroundings, which was why dubbing and re-recording were not options. So, on my end, I had to make sure that the audio was surgically equalized to lessen the background noise and make it comfortable for listening."

The results that Manikan was able to achieve are impressive, to say the least, especially given the sound recordings he had to work with.

In fact, we wouldn't have been surprised to hear that other audio engineers had turned down the project on the basis of how difficult the work would be.

Every step of the way, Manikan balanced his own skills and professional opinions with the vision of the director and producer.

During the early editing process, Manikan sat with the director and editor. This didn't just give him a close look at the work that had already been done on the film but also gave insight into what the director had envisioned for the project.

"There were a lot of elements in the film, many ideas to be considered. But I understood the vision of the team, so I took it as a challenge to do justice to the beauty of the film and complement their vision with my own ideas."

As Manikan was working on the finer points of audio engineering and sound design of this film, he remained in close contact with the director and other key members of the production team so that his tweaks never strayed too far from that original vision.

"I was always in touch with the director, producer, and the other members of the team to make sure we were all on the same page. It was important that I respect the team's vision for the project, but I also wanted to share my own inputs as well."

Making movies is always collaborative, with many different people sharing their own ideas based on their own professional perspectives.

Directors will probably have a different viewpoint of a film compared to a sound designer, or, for that matter, compared to the subjects of a documentary.

Successful and impactful films are the result of healthy and active collaboration.

In this case, Manikan’s expertise led to a desirable outcome, ensuring that the film’s success wouldn’t be hampered due to sound issues.

Dreaming in the Red Light has already had a successful festival run, and there's a very good chance that the movie will continue to collect acclaim and be shared with audiences around the world.

Manikan is extremely happy to see how well the film has performed, and he sees his work on the project as an avenue to even more work, no matter what challenges may come up along the way.

"I am very excited and proud of the team. This serves as a motivation for me to keep doing what I am doing. This opportunity has opened a lot of doors for me and I am looking forward to learning more and being challenged in my craft."

Want to learn how to become a killer audio engineer like Philip? Check out our article about EQing drums.