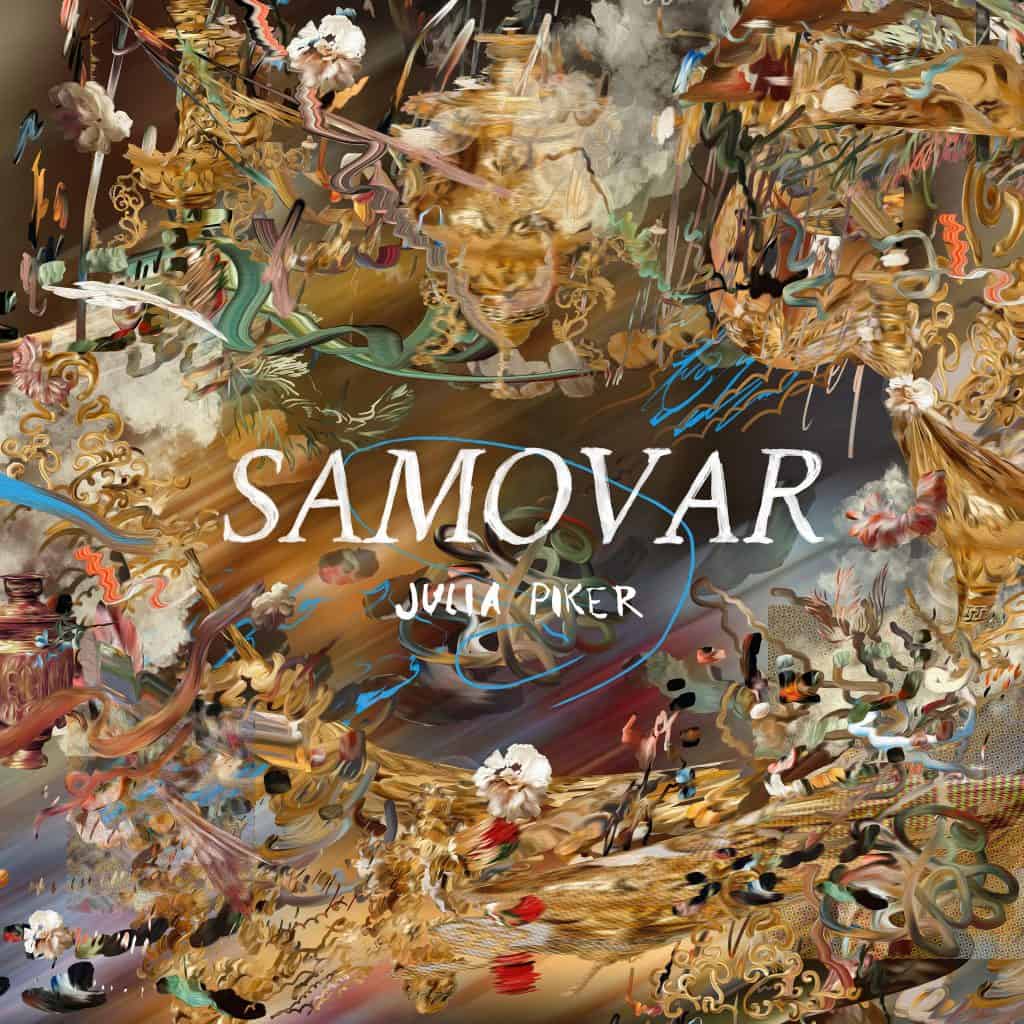 Today, London International Award-winning composer Julia Piker joins us for an insightful look into her journey and process as a self-taught composer and engineer. Julia’s latest EP, titled Samovar, is a string and electronic-heavy score that was released on June 10th. Samovar follows Julia’s first solo EP released in 2017, Biting Biding.

Julia’s success in television, film, and visual media can be seen in her contributions to Hulu’s Unbanned: The Legend of AJ1 starring Michael Jordan, Lena Waithe, and Mark Wahlberg and director Shawn Snyder’s To Dust, starring Mathew Broderick. Julia is also known for producing the main titles in Nickelodeon’s Are You Smarter Than a 5th Grader and ALVINNN!!! and the Chipmunks.

Her talent also expands to scoring commercials: Julia is best known for Proctor and Gamble’s “The Talk,” which won her a London International Award for Original Music, as well as an AICP nomination for Best Original Music. Samovar is now available on Spotify and all digital platforms.

Julia Piker (JP): I look back at my career journey and I’m still in awe of where I am right now. Being able to make music for a living is something I don't take for granted. I still feel like it's a total blessing that I am where I am every single day.

I was born in Brooklyn and I’ve lived in New York my whole life. I was waitressing, hostessing, and working really hard to make money in the beginning. I had an internship at a music production house, and that was the first time I saw that composing can be an actual career.

I never grew up around anyone who did scoring for a living, so I didn’t have an example of what that looked like. I especially didn't see any woman doing that as a career. Working in a music production house really opened my eyes to the fact that it was possible. And so, I decided to go for it. 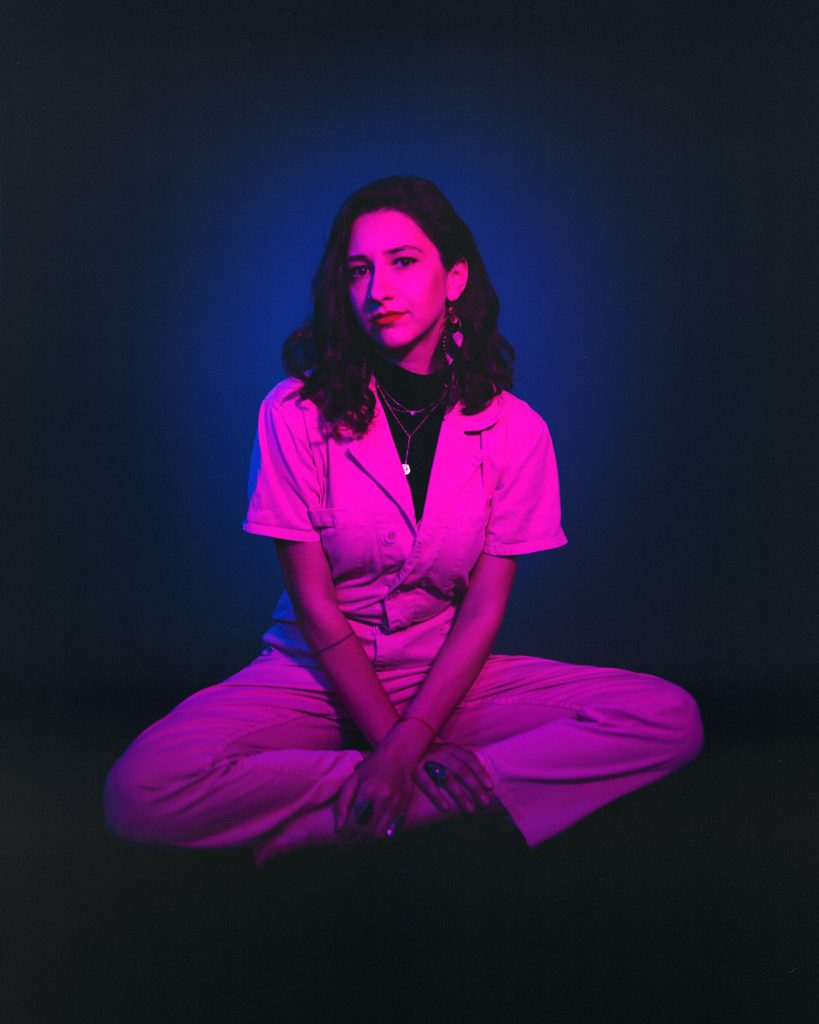 I was hired as an in house producer at a music production company called Pulse Music, which does music for advertising.

I cut my teeth learning how to work fast and stay organized, and it really taught me how to be flexible. After my five years were up, my partner and I decided to move to LA.

I took a leap of faith and went on my own, and thankfully, I had a lot of friends from New York who still wanted to work with me.

JA: How do you see your role as a composer -- do you see it as more artistic, technical, or as a mix of both?

JP: The technical side of things comes into play after I’ve completed the creative portion. In order to compose for screen, you need to be fluent in a digital and audio workspace. In terms of my workflow, creativity and engineering really go hand in hand. I’m composing and creating demos on my computer and I’m using live instruments to perform what I have written.

When I worked at Pulse Music, I had to mix and master every demo. That helped me out because I’ve become pretty fast with quick turnarounds, mixing things on my own, and making them sound presentable to the client. Most of the other composers that I’ve worked with and know are engineering and composing at the same time, but it also depends on the project. If you have a lot of autonomy creatively and if there's more of a budget, you can spend more time on the creative and compositional end of things. You can leave the engineering and technical aspects of the project to an audio engineer.

JA: You composed this EP by yourself. What was the process like and how has more accessible technology helped inform this success?

Without it, I wouldn’t be anywhere. I came up as a producer and being able to record and produce your own music means that you don’t have to depend on anyone else. I had to learn these programs in order to compete, because it was me and a bunch of other dudes at the studio I was working at and they were all doing it. I don’t know many composers who aren't fluent in a digital audio workspace. Most of us need to have some sort of background in the technical side of things in order to successfully produce.

The process of creating and recording my own EP was fluid. A lot of people are different in how they work and what their process is like. I know some people who have a melody or plan in their head before they get into the studio, but my process is more free-flowing.

I don’t start or think about what I’m going to write until I get into the studio and have my instruments and computer next to me. Whatever comes to mind happens and is recorded in that moment. It’s spur of the moment for me, I see things come into life as soon as I get into my studio.

JA: Was Samovar shaped by any personal life experiences?

JP: A Samovar is like an old and Russian tea urn. It's a staple in every Russian household where people gather around the Samovar and have tea together. My family is from the Soviet Union; that was the inspiration for Samovar since they immigrated into the U.S. in the early 1980s and were very poor. It's hard for me to conceptualize what they went through in order to live in freedom.

My great grandfather played the tuba for the Kremlin and my grandfather was in the Russian Philharmonic. In the USSR, you couldn’t listen to your favorite music, or even compose music.

To release music on my own terms and without any preconceived notions of what I’m going to create is an ode to my family who were unable to do that. It was kind of like a “screw you” to the oppression that happened in the Soviet Union. 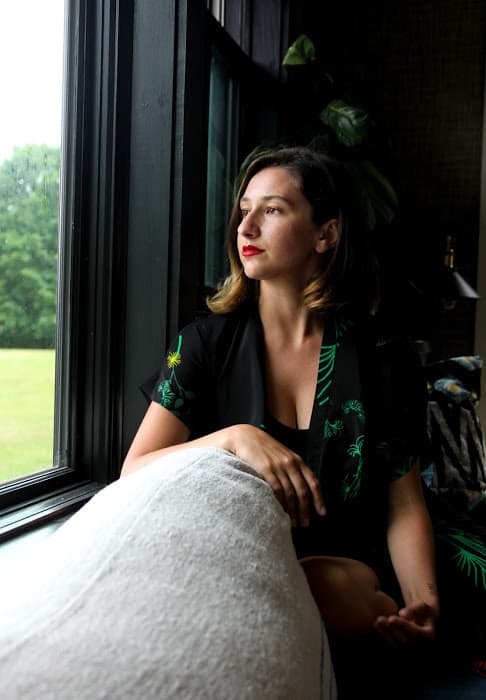 JA: What is the first step in your composing process?

JP:A majority of my time is spent collaborating on projects with a director. In my experience, a director has an idea of the sound that they would like to have accompany their film by hiring a composer.

I want to know the person behind the project and what the director wants to do.

As a composer, you shouldn’t try to change a feeling that the director wants to invoke, but should enhance and confirm it. Sometimes I get the rare opportunity to run free, but more often than not, a director knows what kind of picture they want to make and the feeling they want to invoke.

JA: I know you have an off-beat way of enhancing the percussive elements in your music. Can you expand a little on that?

JP: All of the percussion in Samovar is done using household items. I wrote Samovar during the pandemic. Obviously, we were all stuck at home and I couldn’t rent a studio and hire a percussionist, so I pulled out anything and everything in my house that would create a percussion sound. I was banging on suitcases to see which one had a kick sound and I would manipulate it in Pro Tools. I was banging on pots, pans, and my chest. It was a lot of fun because it was such an unconventional way to create music.

I wanted to sonically personify what the culture was like in the Soviet Union.  Using things that aren't instruments to create percussion textures was really fun for me. I like making unconventional sounds with conventional objects. I had to use whatever was lying around. I also hired amazing musicians who could record remotely, so everybody contributed to this in the most amazing way.

JA: You also have composed for television and film - what have been some of your favorite projects?

I do so many different genres in my projects. Right now, I’m most excited to work on season four of ‘Ozark’. A past project that was rewarding to work on was the Proctor and Gamble spot for ‘My Black is Beautiful’. This two minute film was about parents having the “talk” with children of color.

I feel so lucky to have so many different types of projects that I get to work on. I recently did the main titles for ‘Are You Smarter Than a 5th Grader’ on Nickelodeon, which was really fun.

I took their existing jingle style main title and revamped it into a block heavy and wrestle mania style. I jump from genre to genre, which keeps my work exciting and fresh. I'm really excited about some upcoming projects that will keep me on my toes.

JA: What once sentence of advice would you give to aspiring musicians?

JP: This is my favorite question because I just figured out the answer to this: trusting yourself and what you do is my biggest piece of advice. The music industry is not an easy place to work in. You need to know your morals, goals, what people you're working with, who is in your corner, and what sets you apart from everyone else.

When you do find what sets you apart from everyone else, you need to own it. Being a woman in the music industry is especially difficult because I feel like I have to work four times as hard for people to trust me. The trick I've learned is that I have to trust myself first and then trust that what I’m creating is worth hearing.

That can propel you forward because it shows people that you know exactly who you are and that you deserve to be heard. When you radiate confidence in what you're doing, people will see and feed off of that.

The energy you give off to the world is what people read from you. It determines if someone wants to work with you. The lesson I’ve learned from my own life is that I have to trust what I’m doing, who I am, and what I'm putting out into the world. If I don't trust myself, then no one else is going to trust me.

Samovar is available on Spotify and all digital platforms. You can follow along with Julia on Instagram.