Beginner's Guide—What Scales to Learn on the Guitar? 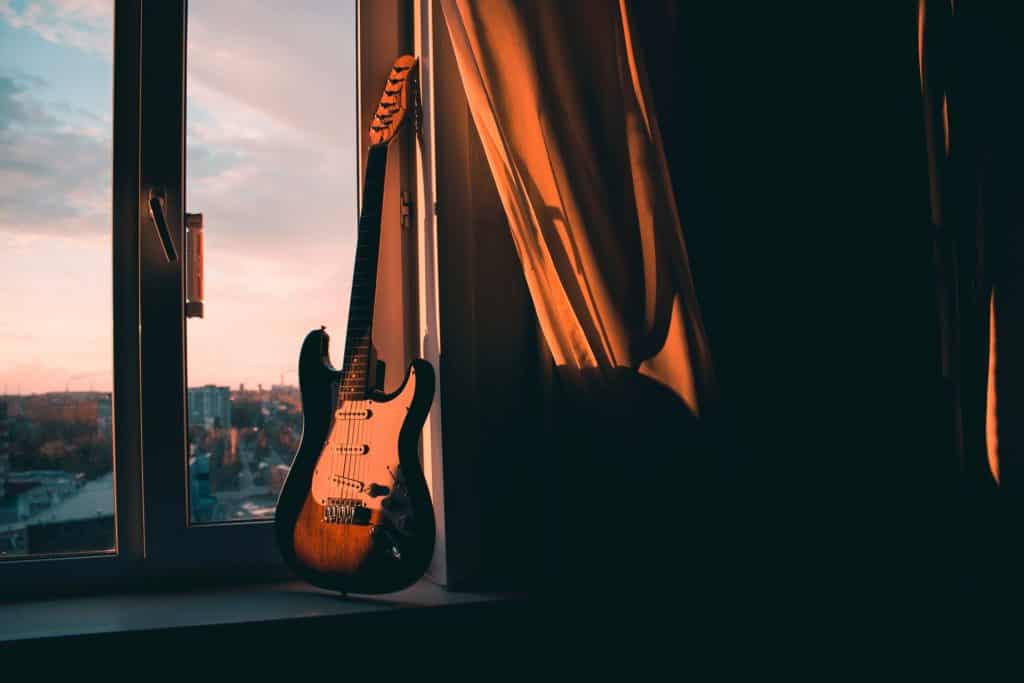 Scales can be overwhelming! With many notes and positions, it can be difficult to know where to start if you're a beginner.

In this lesson, we are going to start with one of the first scales you should learn on guitar—the blues scale.

The blues scale is not only incredibly important for your understanding of musical theory but we can use it right away to play along to thousands of songs.

So let's get started!

What is the blues scale?

The blues scale is basically a minor pentatonic scale but with one extra note—the blue note. 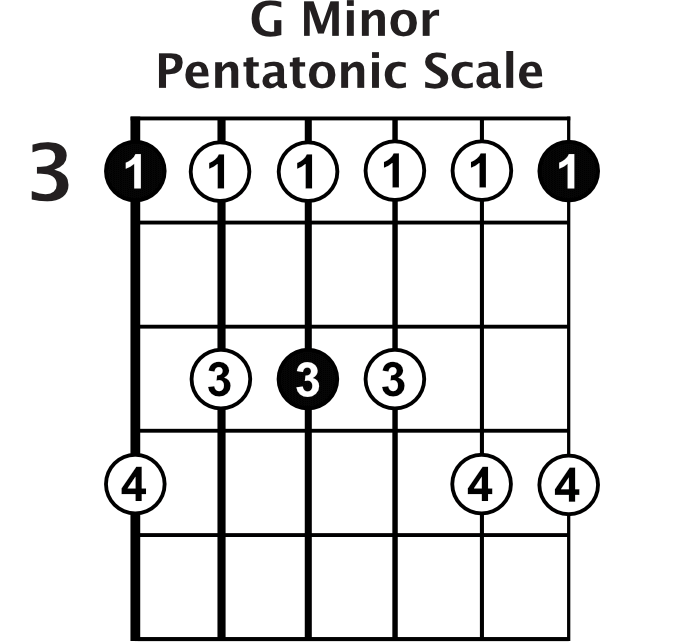 The numbers in this diagram correspond to the fingers you should be playing with:

If you play this scale you can already play a solo over a G minor blues, because the chords of a minor blues are: G minor, C minor and D7. All of the notes in the G pentatonic scale work with all of those chords.

If you are interested in learning a little bit about why this scale is useful, please read on. If not, feel free to skip ahead to the next section where we will learn the full blues scale.

This scale is very useful for soloing over minor chords because it has all the necessary ingredients to outline the minor chord. Let's explain this simply.

We all know the notes go ascending from ABCDEFG.

Since G is the first note in our scale we can think of G is 1 (or the root) then the scale looks like this:

These numbers are called intervals, and they tell you how many degrees away from the root note you are.

So we have the following notes: G Bb C D F

In playing a chord (or a scale) the notes that define it are typically the 3rd and the 7th. This is because they can be minor or major. So when you are playing a scale, these are the tones that signal to the ear that we are playing in a minor key (or a major key).

Back to the blues scale

For the blues scale we just need to add one note to the minor pentatonic scale: the blue note. The blue note is a special note that lands between the 4th and 5th intervals.

Usually we only use this note as a passing note, which is to say we don't stay on it for long, we just use it to pass from the 4th to the 5th.

Below we have a diagram of the blues scale in multiple positions. Let's just focus on position 1 for the moment, since this is the same position you have just learned your G minor pentatonic scale.

Notice the extra note that has been added in blue. If you play all the way up to the high E string you will have hit two blue notes.

How to practice the scales

Set up a metronome at a relatively slow tempo (quarter note = 80 bpm) and play the rhythms in quarter notes.

Since we are thinking of the metronome in quarter notes too, you play one note per click.

Next, do the same but in eighth notes.

Now see if you can do this in triplets. Don't be afraid to slow down the metronome if it feels too fast! It is more important to do it correctly than to do it quickly.

Applying this to music

So far we have just been practicing scales, we actually haven't been playing any music. But the scale practice will help you get comfortable with the scale.

Practicing scales in different ways (I bet practicing the scale in triplets, for instance, felt a bit weird) will get our fingers adjusted to doing different movements within the scales.

Now let's actually play some music and improvise a bit. With the G minor blues scale we used we can now play along to this backing track.

Let me give you some tips for improvising over this backing track.

Now how did that feel? No doubt you wish you could still do more cool fast licks, but you are beginning to see that a lot can is possible with just learning one scale!

If you want to continue with the blues scale I recommend you go back and learn the other positions of the scale, and come back and do the same exercise of improvising over a backing track.

If you would like to take your scales and theories further check out our other articles on Guide to Playing Guitar Scales in Thirds and the The Major Scale. This is probably the most useful scale you will ever learn since you can use it to learn just about anything.