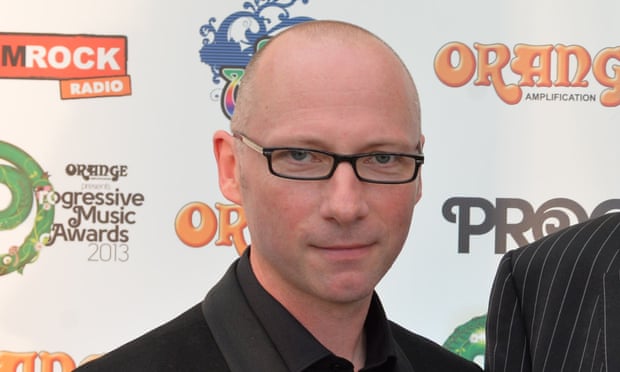 David Longdon, the leader and multi-instrumentalist for Big Big Train, a British prog rock band, has died at the age of 56.

Longdon died at a Nottingham hospital on November 20th as a result of an accident, according to the group. There were no more details provided.

"It is unspeakably cruel that a quirk of fate in the early hours of yesterday morning has robbed him and his loved ones of a happy future together and all of the opportunities, both personal and musical, that awaited him next year and beyond," said Greg Spawton, the band's bassist and founder.

Former Genesis guitarist Steve Hackett paid homage to Longdon, saying, "He was a lovely guy with a wonderful voice." On the vocal version of [Hackett's song] Spectral Mornings, he sounded fantastic." Among others who paid their respects were Neal Morse of the prog rock band Spock's Beard, the band Marillion, and Geoffrey Downes of Yes.

Big Big Train was founded in 1990 in Bournemouth. Longdon joined the band with Nick D'Virgilio, previously the drummer of Spock's Beard, after lead vocalist Sean Filkins and drummer Steve Hughes departed in 2009.

He told Dusk, "It's as if we've known each other for years." "Creative ideas flow freely between us, and we're old enough to recognize that there's something special about not only the music we're making, but also the chemistry we share."

He viewed joining the band as a watershed moment in his life. "I didn't think the music stuff was going to happen until I joined Big Big Train in 2009," he told Northern Life. "At some point, you think to yourself, 'OK, that's it, it's all gone!'"

Longdon made his first on-record appearance with the band on their 2009 album The Underfall's Yard. For his performance on the Big Big Train album Grand Tour, he earned male singer of the year in Prog Magazine's readers' vote in 2019.

He told Progarchy that their most recent album, Common Ground, was about realizing how much we need other people. "However, we are not islands; we are social animals." To a greater or lesser degree, we need one other; we rely on each other."

Longdon will also appear on Big Big Train's next album Welcome to the Planet, which will be released in January 2022. Longdon was working on a new solo record when he died, according to the band.

Longdon, who was born in Nottingham, grew up listening to classical, country, and opera music. He began creating his own songs after discovering the Who when he was nine years old. Keyboards, acoustic and electric six and 12-string guitars, bass guitar, flute, mandolin, accordion, percussion, dulcimer, and psaltery were among the instruments he performed.

He performed in the band of French chamber pop singer Louis Philippe and created a variety of ensembles, including O' Strange Passion and the Gift Horse. Following the resignation of Phil Collins, he auditioned unsuccessfully for the role of lead vocalist of Genesis in 1996.

Longdon made solo albums and worked with the Charlatans, prog rock band the Tangent, and Sound of Contact co-founder Dave Kerzner in addition to recording with Big Big Train.

Longdon and Judy Dyble of Fairport Convention collaborated under the moniker Dyble Longdon in 2020 for the album Between a Breath and a Breath, which was published soon after Dyble died of lung cancer.

Given her physical state and the fact that it was likely to be her last recording, Longdon regarded the endeavor as "a serious undertaking": "I'm proud of it; some of the songs I collaborated on with Judy are among my best."

Sarah Ewing, Longdon's partner, and his daughters Amelia and Eloise survive him. Longdon recounted creating the new Big Big Train song Common Ground about coming together with Ewing in the chalk hills and amid the standing stones of Avebury in Wiltshire during a time of personal uncertainty in an interview this summer.

He told Progarchy, "We were standing at this monument at a point where we realized we'd come together as a couple." "At this point in my life — I'm 56 – It's past time to get started, since we don't have much longer! … It isn't a question of 'will we discover it?' 'You'd best discover it and get started, since... we don't get forever,' it says.

In due order, the band announced it will release a statement on their 2022 performances, including their long-awaited inaugural US tour, and other events.