‘Boris Was Teasing Me the Entire Time. We Have a Swindler as PM.' 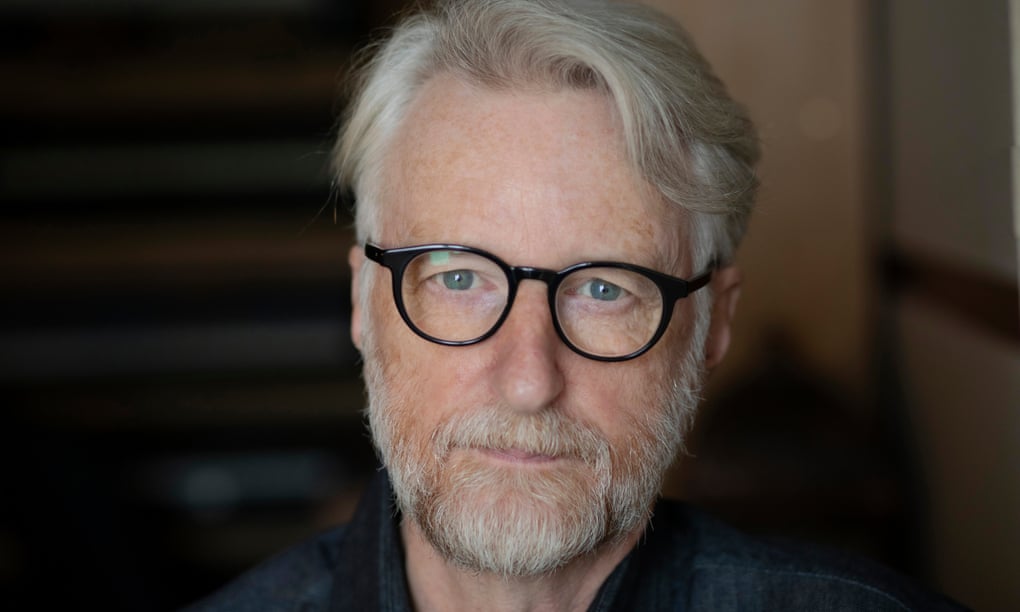 Billy Bragg is reminiscing about a day at the Glastonbury festival in 2000 at an Exeter bar on a rainy Monday morning. Boris Johnson had been lined up as an unexpected guest for the BBC's broadcast. Johnson, who was a year away from being an MP at the time, forgets to get off the train, gets a Sanskrit comedy henna tattoo, and yells the Clash's Bankrobber to Bragg in the car: "It's your philosophy, isn't it?" he adds. "Leftwing approval of capitalist theft?"

Bragg recalls, "He was trolling me the whole time." "That's still his strategy. A swindler who rose to the position of Prime Minister! "How the fuck did that happen?" says the narrator. He just shrugs. "What modern politics requires is accountability and empathy, which he lacks."

Bragg has been combining human passion and societal critique in music for over four decades. The Million Things That Never Happened, his 13th studio album, is his first in eight years, a hazy, gloomy affair filled with Mellotrons, Moogs, and resonant Dobro guitars.

"It's another album about where I am now," Bragg adds, "as my albums always are." "Workers' Playtime was a break-up album, William Bloke was about becoming a father, and this is about the sense of loss people will feel once the pandemic is over," said the band.

Now 63 (and "Grandpa Bill" to his girlfriend, Juliet Wills's grandkids from a previous relationship), he's unexpectedly hipsterish now, his white hair in a freshly groomed quiff and stylish owlish spectacles perched on his nose. "Last night was the first time I wore glasses live," he adds. "I'm looking for the setlist!"

He discusses how the title tune of the new album outlines things that people have missed in the previous 18 months ("a father present at a birth / a grandmother hears a first word"). I Will Be Your Shield, Lonesome Ocean, and Good Days, Bad Days all deal with loneliness, melancholy, and "this great weight that I feel."

Bragg has had a difficult 18 months. "During the first lockdown, my partner was diagnosed with breast cancer, which brought things home to us." He goes on to say that her procedure went well. "At the moment, we're working our way back from that." Two years away from performing live music also made Bragg consider his place in culture as a musician, "although I'm not sure if this is a pandemic thing or because I'm in my 60s," he jokes.

Our discussion today is centered on his interest in the political perspectives of younger people. This includes performers such as Sam Fender ("I love the way he writes about the pressures he's under") and Michael Kiwanuka ("Kiwanuka is such a great record – a very political record"), among others.

In February 2020, he gave an NME award to Taylor Swift, with whom he "really got along." She's really inspiring for all artists, but especially for women trying to navigate what is still a very male, racist, and sexist industry.

We had a quick chat about owning your music, and she's really inspiring for all artists, but especially for women trying to navigate what is still a very male, racist, and sexist industry. It isn't as awful as it was in the 1980s, but it is still a'show us a little more skin' business that has to be addressed."

His album is also up to date. Mid-century Modern praises "the kids who pull the statues down... they challenge me to see / The gap between the man I am and the man I want to be," while Freedom Doesn't Come for Free is a country-flecked satire on a libertarian paradise. Ten Mysterious Photos That Can't Be Explained also examines the internet's benefits and drawbacks. "The conspiracy hacks, the cybercondriacs," he exclaims, "are like heroin for autodidacts."

However, he believes that the internet is beneficial. "Can you imagine what lockdown would have been like without the internet?" Jesus!” He also despises the way social media users are held responsible for the current state of public dialogue.

"They also need to track down the person who is anonymously writing headlines like 'Crush the saboteurs' in the Daily Mail, as well as the people who are sending out signals to the general public that set the tone of the debate." All of us, on all sides, need to turn it down."

Of course, Bragg has been involved in a few social media feuds. His statements in 2018 regarding the Jewish community having to "build trust" with the Labour Party were widely panned. In 2019, he apologized for his "very insensitive response" in the Guardian, and now he says, "Of course."

He has lately claimed that he has come under fire from "gender-critical campaigners" when he began promoting transgender people's human rights on the internet. Is he conscious that he is speaking from a position of privilege as a cisgender man?

“I am, in fact, very much so. It's very uncommon for me to be labeled sexist merely because I support trans rights, but this ignores all of the other topics in which I support women's rights, such as abortion and male violence."

He keeps going. "I'm saying, where can the two sides coexist in a way that allows women to feel safe and the trans community to feel respected?" That's something I haven't figured out yet."

A song in Mid-Century Modern says, "I'm used to people listening to what I have to say," before suggesting a potential solution to his problems: "So I find it hard to think that it might help if I just stepped away." Is he ever thinking about doing it himself? He adds, "Perhaps it would help."

"But don't go away, don't give up, don't surrender; just take a step back and listen now and then." I'm also attempting to write those words for other members of my age who grew up in the 1980s and are possibly more set in their views."

He is, nevertheless, quite eager to speak today. We talk about how the Daily Mail slammed him for profiting off the sale of his "four-bedroom Victorian seaside mansion" on Chesil Beach, Dorset, in 2019 (he claims he didn't sell and is still living there).

“I always assumed they supported self-made people – I'm a great example of a small business owner!” You think they'd be on board... Clearly, it's about my politics. They'd still grumble about me if I lived in a cave. 'Who does that cave-dweller think he is, he never seems to have a good time, look at him.' They're only attempting to scare me in order to silence me."

He is also outspoken on the Labour Party, which is predictable. "You can't get away from the fact that Corbyn and his people weren't very good at organising," he said of Jeremy Corbyn's 2019 election campaign.

Andy Burnham, the mayor of Greater Manchester, is someone he admires: "He's been preaching proportional representation for years." The unions, who were more conservative than [Starmer's] group, vetoed it. Surely, the only way ahead is to unite the progressive forces in British politics, particularly because Labour can never retake Scotland."

The Labour party is usually brilliant at having debates with itself, I say. "Well, yeah, it's always been that way," he says, "although I'd like to point out that Brexit is the result of the Conservatives arguing with each other."

Nonetheless, Bragg does not believe that artists can make a significant difference. "It won't end racism or elect people – it doesn't have that kind of power – but it can give you a new perspective on the world, and that's valuable."

He first learned about homosexual rights at Rock Against Racism shows in the late 1970s, and he recalls fondly performing with bands like the Smiths with Red Wedge – though he remains saddened by "what happened" to Morrissey. “He was a voice for the disenfranchised, and he was able to connect with them.

"I have no idea what happened there." Johnny Marr remains "the nicest man in rock'n'roll – and I heard from a friend that those Rick Astley [and Blossoms Smiths tribute] gigs were good," so he can still listen to their music.

Who could pay a comparable homage to Bragg? "Bill Bailey has already done something [on his Bewilderness tour in 2000], but I'd have to find someone wacky and a little out there to match this." A lightbulb goes out in his mind a minute later. "I've figured it out." Sinitta!”

She'll have to wait a bit, however, since he claims he's not going anywhere yet - save from the guitar store where he'll be after the pub to have a guitar repaired for his tour. Why does he believe he has had such a lengthy career? His response is quite depressing.

"I believe what first drew people to my music was the combination of politics and vulnerability." The's something I've always been aware of because it's who I am: that sensitive person. I had to reinvent myself, and being 'Billy Bragg' enabled me to speak, go out in front of audiences, and feel like I was doing what I was meant to be doing every morning. That's how music has always worked for me. As a result, I'm continuing doing it."