Brownness Is Not a Fad, It's Who We Are 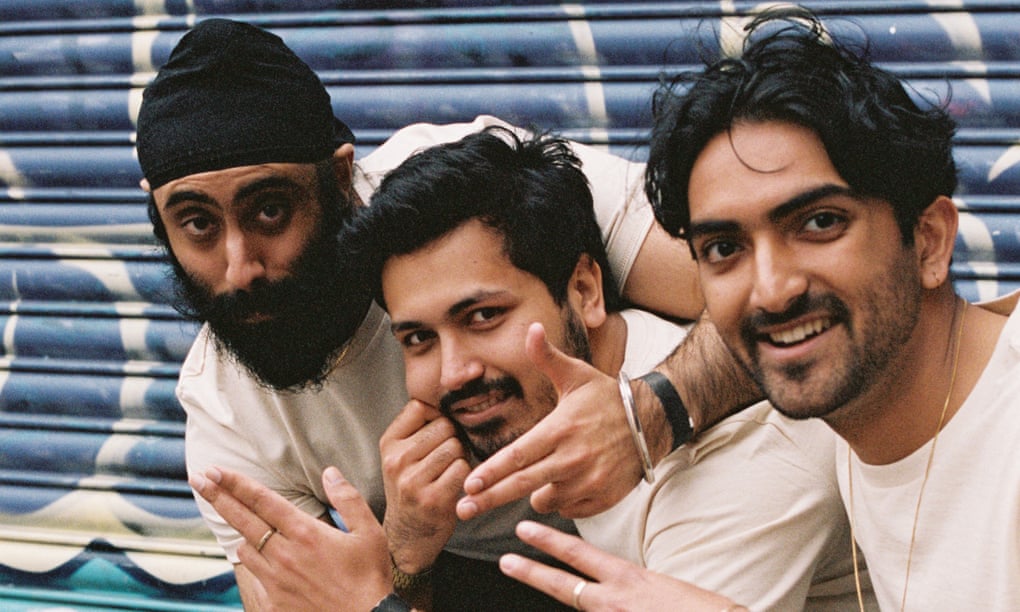 Last year, during the lengthy, reflective pause of the first Covid lockdown, Daytimers was formed. Provhat Rahman, a DJ and producer from east London who formed the group, says, "I felt like I was on my own, that there wasn't anyone who looked like me." “It seemed ridiculous, knowing that we all come from such a rich cultural heritage in the arts that stretches back millennia.”

The group published DT001, a music collection, at the end of 2020, and DT002 in June, collecting thousands of pounds for Covid relief in India. In addition to advertising on Instagram, the team is managing their fast development through the social media platform Discord, which has more than 200 members from all around the globe and is expanding every week. The majority of supporters are in their early and mid-twenties, and come from a variety of ethnic and religious origins, as well as artistic fields.

Since George Floyd's death last year, there has been a surge in discussions about racial equality and decolonizing the public discourse. Many young British south Asians have been inspired by these events to not just support Black protest groups, but also to “push our own progress as a people,” as Provhat says. This cross-pollination of ethnic minority groups standing up for themselves is reminiscent of the 1970s and 1980s, when Black Caribbean and South Asian communities banded together in the face of hostility from National Front skinheads and state-sanctioned violence. Strong, collaborative anti-racist movements emerged throughout the period, as well as common musical and creative subcultures that have endured to this day: In the diaspora center of Southall, west London, where racial riots erupted in 1979, Punjabi vintage car collectors still blast dub reggae from their speakers as a musical tribute to the demonstrations supported by their forefathers alongside Black communities.

Daytimers takes its name from daytime raves held in cities such as London, Birmingham, and Bradford in the 1980s and 1990s: a new social realm created by and for British south Asian music fans seeking to escape their parents' strict traditions and nightclubs' discriminatory door policies, where new identities could be freely explored. Many younger millennials and members of generation Z now have elder brothers and relatives who went to school with them. In desi families, they have a pure, nostalgic, even legendary meaning.

Provhat adds, "They were a form of protest." “It's about retaliating against a space that has never truly provided us with the same opportunities as everyone else.”

Farmer demonstrations over new agricultural regulations erupted throughout India in November, attracting an estimated 250 million people from across the globe, making it the world's largest protest. It was started by families in the northern states of Punjab and Haryana, and it provided Daytimers' revolutionary spirit a worldwide boost. They organized a 24-hour livestreamed DJ performance to collect money for Khalsa Aid, an organization that supports farmers in India, in March with no budget and just a few weeks of planning. It was heard by diaspora members all around the globe, who congregated in the comments area to express their gratitude and share similar experiences.

“There is a level of questioning and challenging the status quo that is not only external, such as in the underground music scene or in the Western world we live in,” Riva adds. “Most of the cultures we come from are conservative. Women are taught to sit in the corner and not be honored; gay people are told they don't belong in our culture. So there's a part of us that's looking inside and saying, "OK, what are the best aspects of our culture that we're going to keep?" How are we going to make room for those who are being turned down?”

Nitin Sawhney, whose 1999 album Beyond Skin came at a time when rave-led electronic genres like drum'n'bass and traditional Indian music fused out of pre-millennium British diversity, dismissed the term "Asian underground" as a lazy denial of the varied work being produced. The Daytimers are also resolved not to allow a music business that has traditionally attempted to cage in musicians like them stifle their progress.

Even the Boiler Room lineup was misadvertised as a "UK garage revivalist" event in the days preceding up to it, according to Rakhit and Singh. “The music industry tried to pigeonhole Yung Singh as this UK garage god once again, but musically, he is everywhere,” Rakhit adds.

The squad celebrated their one anniversary on August 28th. Next, they've teamed up with No ID events and Chalo, a media organization that also works to promote British south Asians, to put on Dialled In, a day-and-night festival on September 11th. “We don't want this to be a fad,” Provhat concludes. “We understand how this industry operates; it will seize upon anything that is currently causing a stir and play with it for a short period of time before discarding it. You can't do that with an identity, though. Brownness isn't a trend; it's a way of life for us. It must have an impact on the whole community - that is the only way it can survive.”

Dr Zeus, MC Shortie, and Master Rakesh's 2003 hit Kangna — a mix of garage, hip-hop, and bhangra with a Punjabi vocalist and a Jamaican MC from the Midlands performing side-by-side – rounded off Yung Singh's Boiler Room performance. You can see Singh wipe tears of pleasure from his eyes, curl his moustache, and embrace fellow Daytimers members if you watch the live broadcast back.

Singh happily recalls, "It really means a lot to a lot of people." “We've changed people's minds, and that's... I can't express how significant that is.”

Thanks to Ciaran Thapar at The Guardian whose reporting provided the original basis for this story.