Can you Learn Drums From Rock Band? 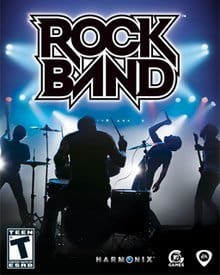 Rock band does have some powerful means to start to create your own musical style. The ability to adhere to colored drum notation examples at lightning speed is a skill.

As fun as this device is, however, it isn't adequate to turn Rock Banders into would-be rock celebrities. However, if one is set on playing Rock Band there are a couple suggestions we have:

I'm an achieved drummer but I can not play Rock Band. Rock Band is a game, so it's designed to offer a challenge to the customer, one that comes to and pleasurable for grownups as well as children without any musical understanding. Because of this, it omits some essential components of playing drums in a set.

This is something that's easy to comprehend if you’ve ever played the instrument. Playing drums will always be tougher on an electronic kit, just as if you were to discover that playing that piano is not the same as playing a keyboard.

This is to be expected when you buy a keyboard or electronic drum, however, I have to confess I was pretty annoyed by the plastic drum pads and also unstable kick pedal.

The scrolling note chart does look good, however, it is hard to identify complex rhythmic patterns. Something about the Rock Band note chart does not cut it if we want to learn to read music.

Reading music is not the same in Rock Band

Rock band is famous for its  "scrolling dots" approach. This makes sure that you are in the game and constantly on your toes. Like you would be in a boss fight in Tekken or jumping over hot lava in Super Mario Bros. However, reading music is not necessarily like this.

It is true that sight-reading music requires a lot of concentration and reaction time especially if you are playing a big band or jazz gigs. However most of the time you are only reading changes, not individual notes.

This means you are keeping track of where you are and accenting various hits, as opposed to reading all the movements of your hands like rock band.

My point is this: if you show up to a big band or one more ensemble having only played Rock Band, you will wind up looking quite silly.

Rock Band may help with practicing to a metronome

There are many approaches for practicing counting rhythms while practicing an instrument. This is one area where Rock Band succeeds.

Rock band is in this sense a great tool for learning how to play to a "click-track", which is a very useful tool.

The game does incentivize one to sit down for hours and play the exact same rhythms over and over. This is percussionist's equivalent of practicing scales.

The good thing is that the arrangements it provides you are pretty representative of some standard rock beats.

Like we mentioned above, learning Beatle’s songs or Nirvana songs are great things to do if you want to learn drums. It also might be true that Rock Band can help you memorize the song structure.

But I would be surprised if someone walked away from Rock Band with a good grasp of how to approach the drums, for that I would rather spend my money on an electronic kit and some drum lessons.

Negative habits to be aware of 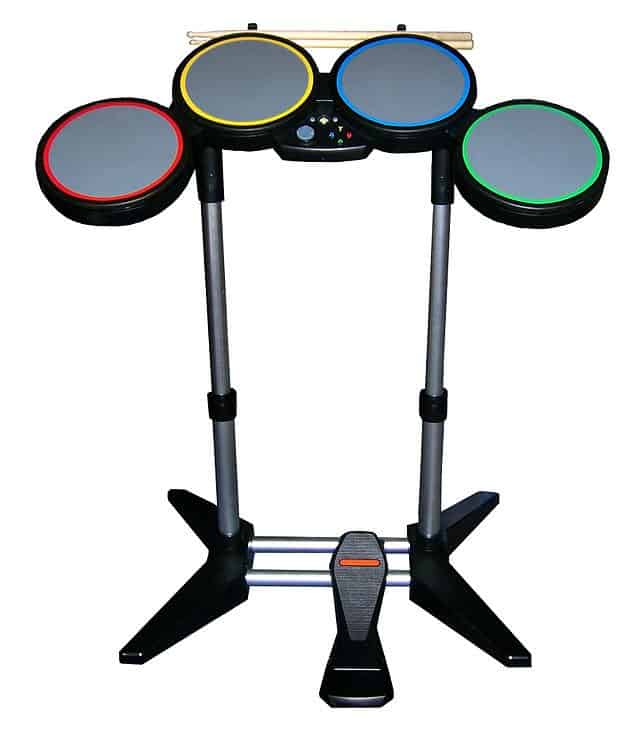 I believe that although Rock Band is just a game, it may have some negative habits that could affect us when we learn an instrument. Of course, any instructor could point this out to us and is not different from any type of self-teaching technique.

Many of these video games require that every one of your notes drop precisely in the center of the grid, which is not necessarily how you should be thinking about drumming as you begin your career.

The way that the drums are spaced out is not how a drum set would be in actuality. Even electronic kits are much more accurate to how a real drum set will feel. Ergonomically these drums just don't feel right.

Also, be aware that hitting an electronic sensor is not the same as hitting the drum properly. We need to develop the technique to hit the drum properly and make a great sound come out of it.