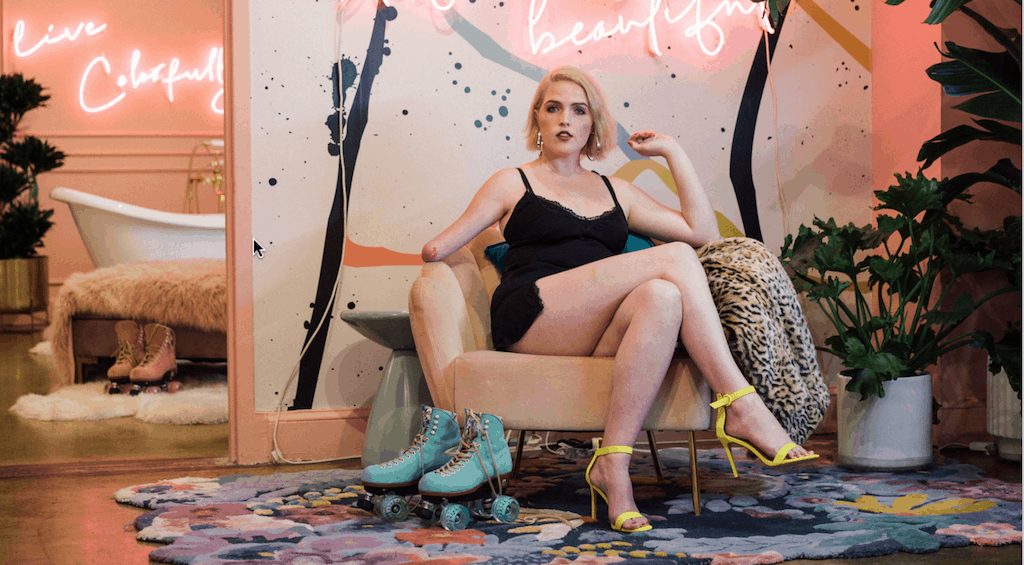 There's a parallel between music and film editing. Both rely heavily on rhythm, tone, and context to give the audience a specific impression or to provide them with simple and complex feelings.

So when we came across a short film titled 'Single,' released earlier this year to very positive critical reviews, we knew that we wanted to learn more about this stand out short and what it took in the editing department to make the story so affecting.

The protagonist of this short, a woman who has a physical disability, is arranged to go on a blind date. But if we gave out any more details about the story, it would probably ruin the fun of watching the short film for yourself, so we'll leave it there for now.

The short was awarded the Special Jury Recognition for Narrative Short at the SXSW festival, and reviews have praised its overall impact and layered storytelling.

But it really is in the subtlety of the editing, the direction, and the performances that 'Single' rises above many other contemporary shorts. 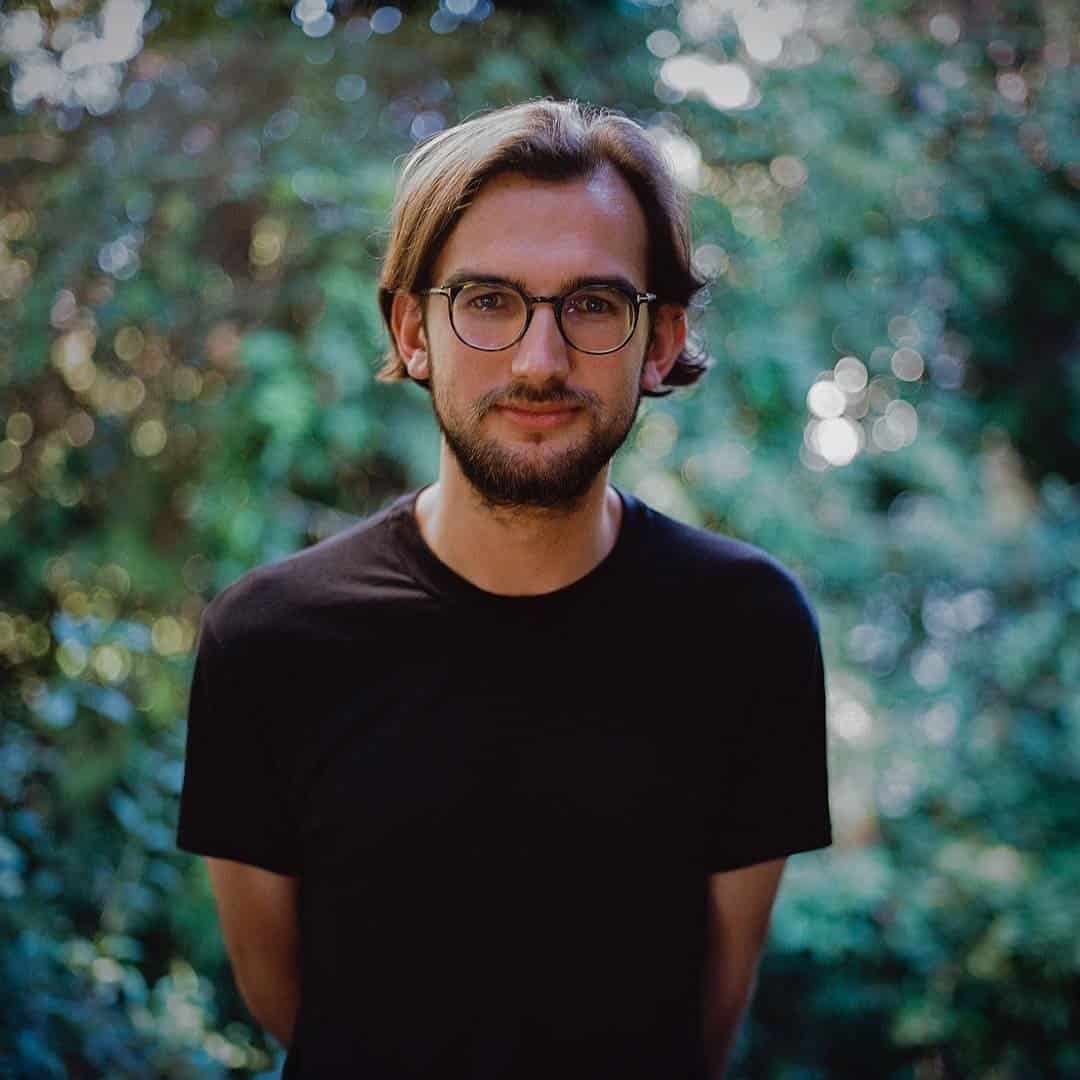 That's why we spoke to Charles Carter, the editor of 'Single' and an established film professional who takes his influences not only from music and rhythm but aspects of performance as well.

We'd like to walk you through just some of what Carter shared with us when we spoke earlier this month.

Though Carter had already worked on a number of short films as an editor, he hadn't previously worked with director Ashley Eakin.

As we'll discuss soon enough, Eakin was traveling quite a bit around this time, and she was doing her best to search for an editor who worked out of LA who could edit 'Single.'

As Carter tells it:

"Ashley Eakin sent me the script before we met and I was impressed with how well it read. It was very witty and really well-paced. When we eventually met in person, I found Ashley so easy to connect with as she told me her vision for the film and I knew that I wanted to be a part of it."

Now, a shared workflow between an editor and a director is a pretty interesting subject. It can be difficult to find a working relationship that makes the director's ideas come to life, and so it's no big surprise that many mainstream directors choose to work with the same editor(s) across several different feature film projects.

There's no doubt that in the case of 'Single,' the pairing of Carter and Eakin was effective, and they plan to work together on future projects.

Working from a distance

As we already mentioned, Eakin was traveling for much of the post-production process. Under more typical circumstances, a director would be close at hand during the editing process in order to oversee the work and make changes if things are heading off-track.

But in this case, that kind of in-person just wasn't possible. This led to a situation where both Carter and Eakin needed to find a way to edit the project remotely.

"We were working remotely for a lot of the time, Ashley in Italy and Latvia, me in my dark edit bay in LA. Initially, there was apprehension on how best to approach the editing process. However, after the first week, Ashley and I had figured out how to best review and discuss the cuts. and it actually turned into a really stimulating way to work."

This process ended up being especially relevant as 2020 rolled around, since so many professionals, especially entertainment professionals, have had to find ways to continue their normal work under very abnormal conditions. 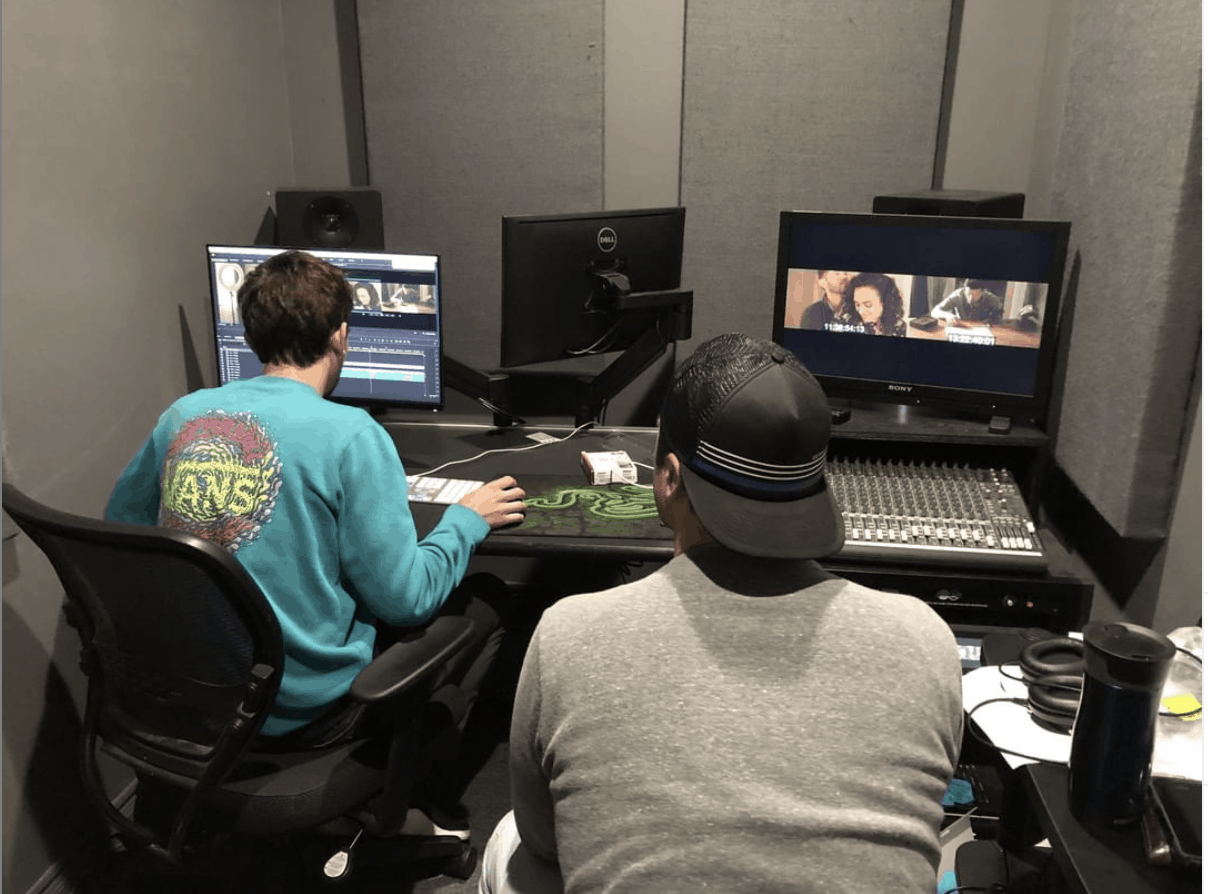 Thankfully, a number of online platforms and services have made this variety of collaboration a lot more feasible, and in fact, it's possible that the method Carter and Eakin used here could become much more common among other industry professionals.

Returning to the short itself, let's talk a bit about what it has to say and how that messaging attracted Carter to the project.

As discussed in the intro, 'Single' features a lead character with a physical disability, and as is the case with a lot of media that seeks to include individuals who don't tend to be represented accurately, or at all, in mainstream media, both the writing and the editing needed to thoroughly respect the character.

An interesting comment that Carter shared with us was that the process of working on the film actually opened his eyes to certain aspects of disability that tend to not get discussed.

"I admired how Ashley didn’t sugarcoat her writing. The film challenges preconceived notions of life with a disability in a relatable and engaging way. It’s honest and to me that honesty is very refreshing. I responded to that directness and it allowed me to see disability from a different perspective."

Media that deals with sensitive subject matter definitely has to be respectful of that subject matter, but when that leads to treating it with kid gloves, it can quickly feel condescending or limited.

For Carter, taking special care with the editing was a big part of striking that balance, with the help of Eakin's input, of course.

But given the response to 'Single,' it's clear that that balance was achieved, and in an optimistic light, the short even has the potential to be used as a point of reference for how to respectfully handle representation and diversity while also providing a unique and realistic character.

For just a minute we'd like to touch on the subject of artistic collaboration and Carter's view of collaboration, with relation to and well beyond 'Single.'

We touched on this earlier, but the collaboration between a director and an editor is a special one, but it can also be very fragile.

For example, you might have an editor who prefers to stick to the style that they've established over many years of work. 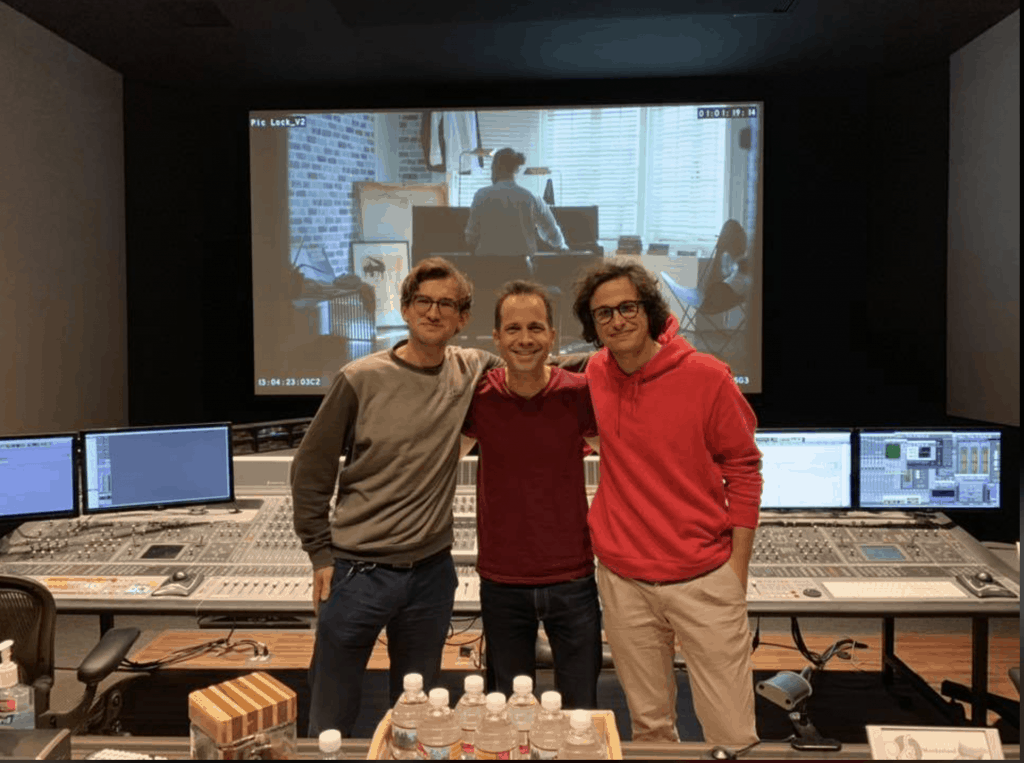 But this kind of inflexibility could easily get in the way of the collaborative process. Let's think of collaboration as an ongoing conversation. Yes, communicating your own point of view is important, but it's also not enough to be successful.

Carter tries hard to reach a thorough understanding of what the director wants, no matter who that director is.

"My collaborations with Ashley and other directors have all been rewarding. I believe that one of the most important parts of my job is to truly understand the vision of the director. It’s important to trust your instincts, but it’s a good idea to be on the same wavelength."

In the short-term, that kind of in-depth collaboration could definitely lead to lots of revisions and many different rough cuts of a project, but successful editors should maintain motivation until the project is really finished, not just until they feel like they should move on.

Of course, the final stage of any film project is arranging showings and further distribution. A film can have the most powerful messaging around, but if it doesn't get the attention it deserves, then it's destined to be buried under the mountain of content available today.

On top of the usual challenges of promoting any film and making sure that it gets released to a wide audience, 'Single' had to overcome a huge additional hurdle: a historic pandemic situation.

Like so many previously public events meant to take place this year, as planned, the SXSW festival had to adjust to protect the health of its patrons and organizers.

For 'Single' and many other films just like it, these conditions could have seriously hurt the chances for significant exposure.

But not only did 'Single' attract rave reviews at SXSW 2020, it was also later made available to stream via SXSW and AFI, as well as having a limited run on Amazon Prime.

In Carter's mind, the release process for this film has been overwhelmingly positive, both for the film itself and the people who worked on it. 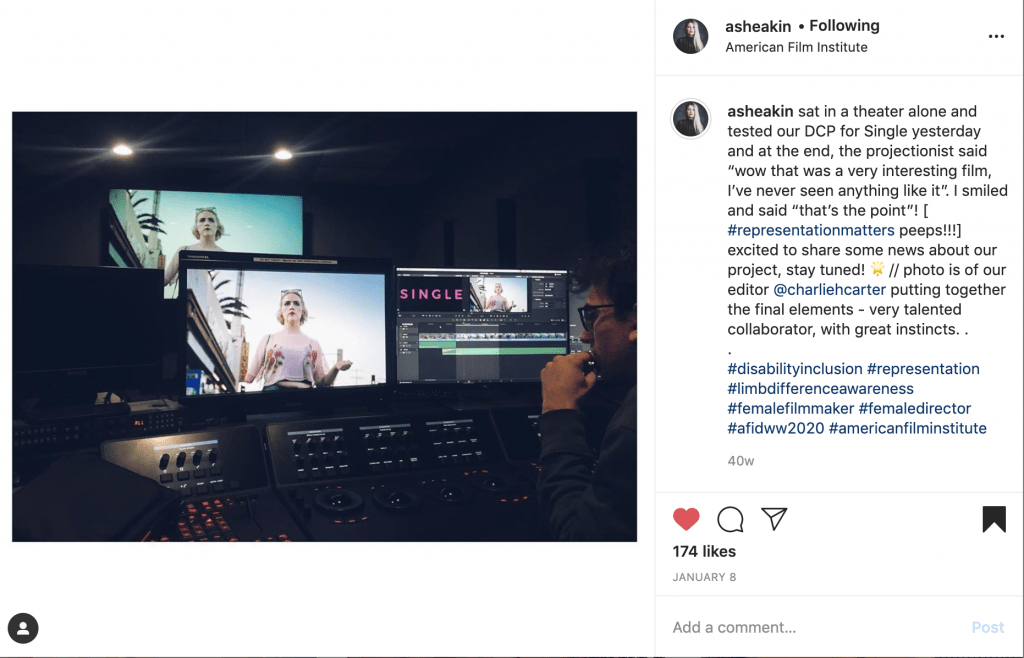 "Having ‘Single’ premiere at SXSW was an honor, and to receive the Special Jury Recognition Prize was an incredibly proud moment for us as filmmakers. I am nervous about the reception to any film I work on, but I really believed in ‘Single' and hoped that the audience would connect with it in the way I had and respond to the wit and honesty of the subject matter."

'Single' really is a special case in the world of contemporary short films, and we hope that by sharing Carter's comments you've been able to get a different kind of look at editing today and how integral it is to the filmmaking process.

Despite just how differently separate editors can approach projects, the editing process serves so many essential functions, sometimes highlighting elements that were already there and other times adding new ones, all in service of the story itself.

All images and footage of the short film 'Single' are the property of Ashley Eakin.