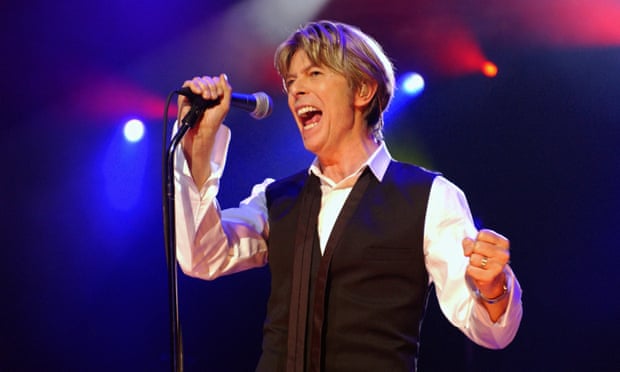 According to unnamed sources speaking to Variety, the publication rights to David Bowie's vast and unparalleled library of songs were sold by his estate to Warner Chappell Music (WCM), Warner Music Group's publishing arm, in a transaction valued at least $250 million (£185 million).

"These are not only extraordinary songs, but milestones that have forever changed the course of modern music," stated Guy Moot, WCM's chief executive. "As we strive to build on the legacy of this most extraordinary human being, we look forward to tending to his unparalleled body of songs with passion and care."

Warner currently owns the rights to Bowie's songwriting as well as practically all of his recordings as a result of the purchase. The business reached a deal in September 2021 to purchase Bowie's recordings from 2000 until his death in 2016, adding to the tracks it previously held from 1968 to 1999.

Warner Music today owns just a tiny portion of the recorded music created before David Bowie's late 1960s breakthrough. In recent years, the business has been lavishly repackaging Bowie's back library in a series of box sets.

The agreement is the latest in a string of huge acquisitions of pop musicians' catalogs by different corporations, including Bruce Springsteen, Bob Dylan, Neil Young, and other Fleetwood Mac members selling their song rights for enormous amounts of money.

These agreements enable publishing businesses to earn money through royalties and licensing music for usage in films, television shows, and advertisements.

Although the terms of the Bowie arrangement have not been revealed, the Bowie estate has always exercised tight control over the usage of his material. The estate has barred the 2020 biopic Stardust, depicting the creation of Bowie's Ziggy Stardust character, from incorporating any of Bowie's songs.

"We were pleased that the estate felt that Warner Chappell has the knowledge, experience, and resources to take the reins and continue to promote a collection of this stature," WCM co-chair Carianne Marshall said. "All of our global leaders and departments are ecstatic and ready to get to work with these incredible songs in a variety of ways and platforms."

A planned unnamed documentary by filmmaker Brett Morgen, which is based on hundreds of hours of rare and unreleased live performance material, has already received the estate's consent.