Why do your drumsticks keep slipping? Let’s talk about grip. 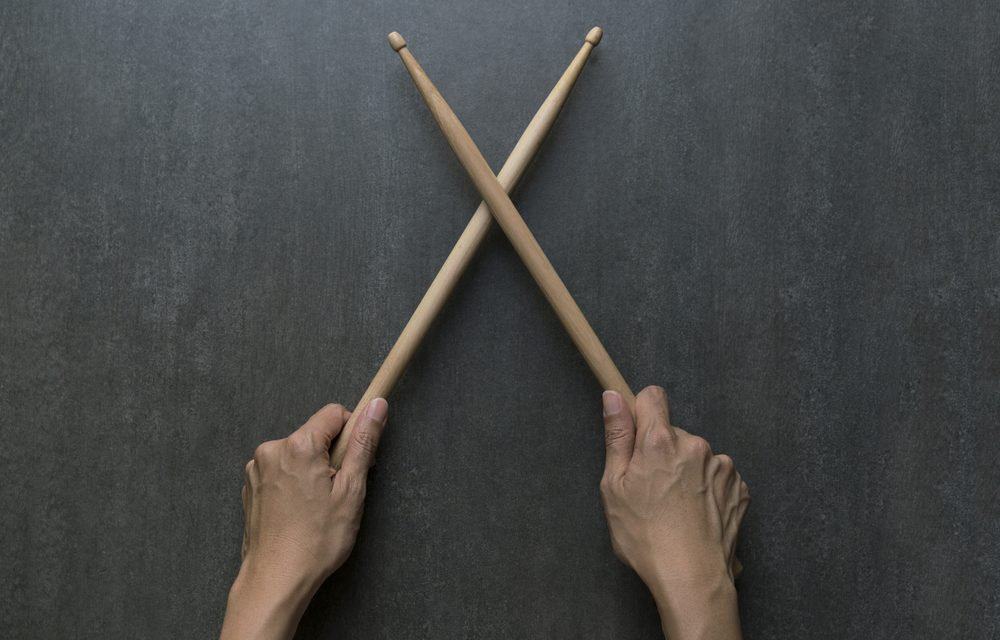 Take a moment to digest this situation. You get the gig to play drums on a famous late-nite television show. It is televised in America for a potential audience of 300 million people (more if you include the fact that it will remain on the internet forever).

You play the song like a straight boss, improvising fills and playing off your band like you wrote the book on this stuff. Now, the band stops, and you begin to go into beast mode, ripping a solo in an odd time signature. In arriving to the climax of your dope ass solo, the stick slips out of your hand—sending your brain immediately into what-the-hell-do-I-do mode.

You fumble through your bag for another stick only to pull out a mallet. You keep your other hand wailing on the cymbals, trying to maintain the energy of the solo you were just killing only two seconds ago. You are finally able to fish out a stick and finish the solo and lead the band back in to finish the song.

This sounds like it could be an excerpt of a new R.L. Stein series entitled Goosebumps for Drummers, the Tale of the Slipping Drumstick—and if happened to you, this is literally the thing that could keep you awake at night for the rest of your life.

As many of you might already know, this is a true story, and it happened to not some up and coming cat, but to one of the greatest drummers in history (and one of my all time favorite players).

Joe Morello literally wrote the book on advanced drumming technique. His books Master Studies I & II are some of the most influential books around and a staple in the diet of jazz studies.

He played with the famous Dave Brubeck Quartet where they had two whole album of complicated jazz in odd time signatures, Time Out and Time Further Out, along with other amazing records.

If you haven’t already used YouTube to its full potential to check out hours of content of Joe Morello let me help you out. Here is Morello playing the same song 30 years prior, and absolutely killing it.

I mean, playing a third of a drum set solo off with your hands?! How much more badass can you get?

So what lessons can be drawn from this incident? For one it shows that even the greatest of players make mistakes. And that no matter how far down the path to mastery you go, we are only human after all.

However if we want to zero in on this a bit more we can ask: what was it about Joe Morello’s grip that made him drop his stick?

Beginning drum students tend to fall into one of two camps. In one case, your hands are tense, you bury the stick into the drum instead of letting the stick rebound, and when you try to play fast the notes sound uneven.

You may never drop a stick in this circumstance as you hold on to your stick for dear life, but you will certainly acquire tendonitis as the years go on.

In the other camp you have a student who may have a relaxed grip however has not quite developed the clear idea of how the points of leverage are working between his hand and stick. Hence the desperate cry for help: why do my drumsticks keep slipping out of my hand!

No need for despair in either case. Grip is something that many advanced drummers need to evaluate in their playing. Finding your tension points and learning to relax them is a continual process of re-evaluation even among the best players. 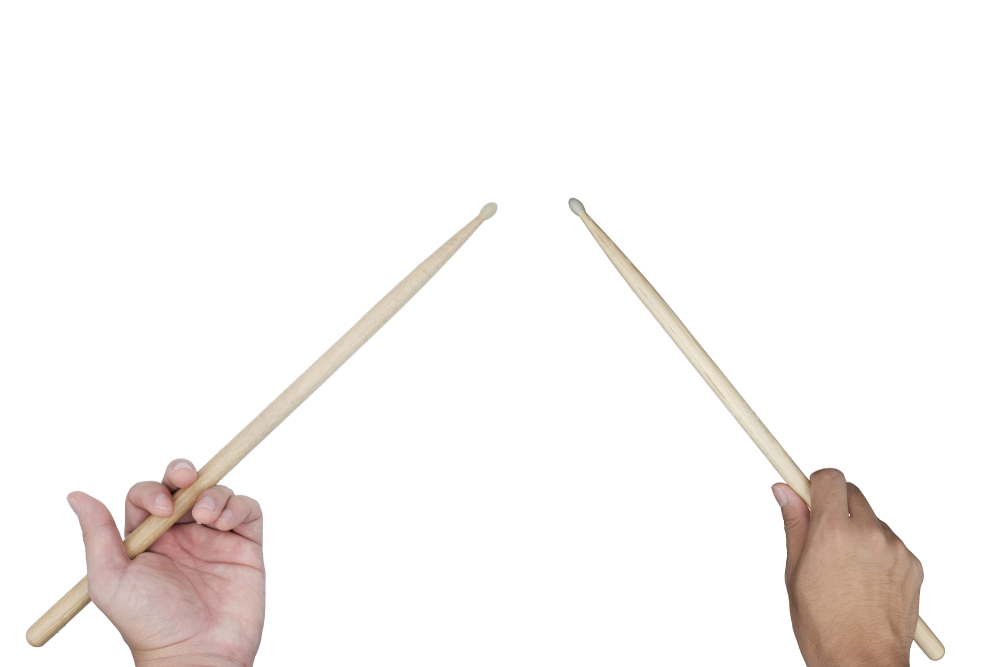 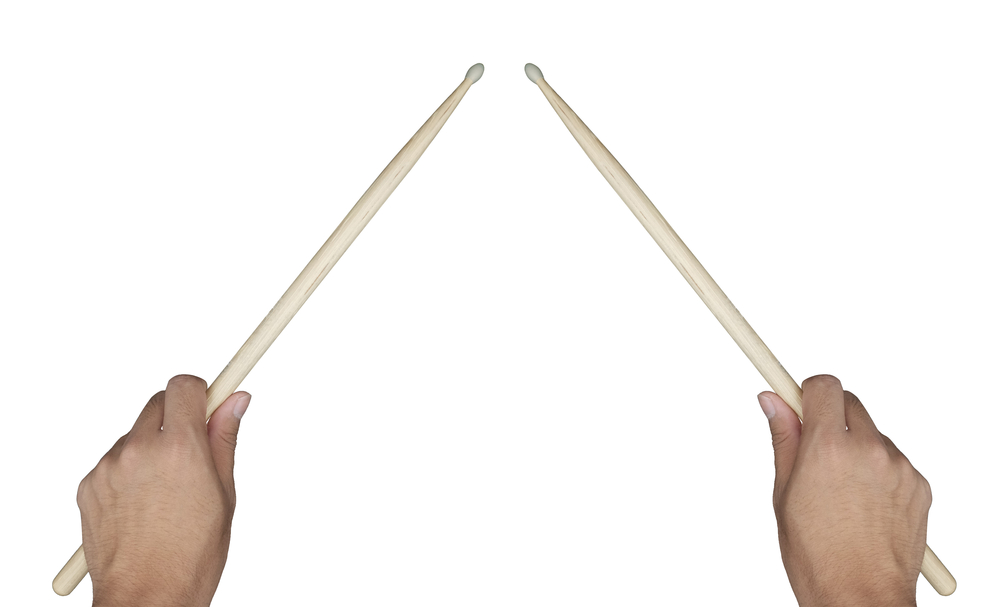 Description: On the left we see the the player using Match grip, on the right Traditional grip.

For the purpose of this article (and this author’s expertise) we are going to dig deeper with match grip. There are many great players who swear by traditional grip (Jojo Mayer, Max Roach, the list goes on). However we have to be honest, in the modern age this is what 95% of all drummers will end up using. And for good reason, as it is extremely intuitive.

Now within match grip there are a couple traditional ways holding the stick: German grip, French grip, and the new addition to the lexicon over the past century, the American grip. So if you are a beginning drummer where is the best place to start? 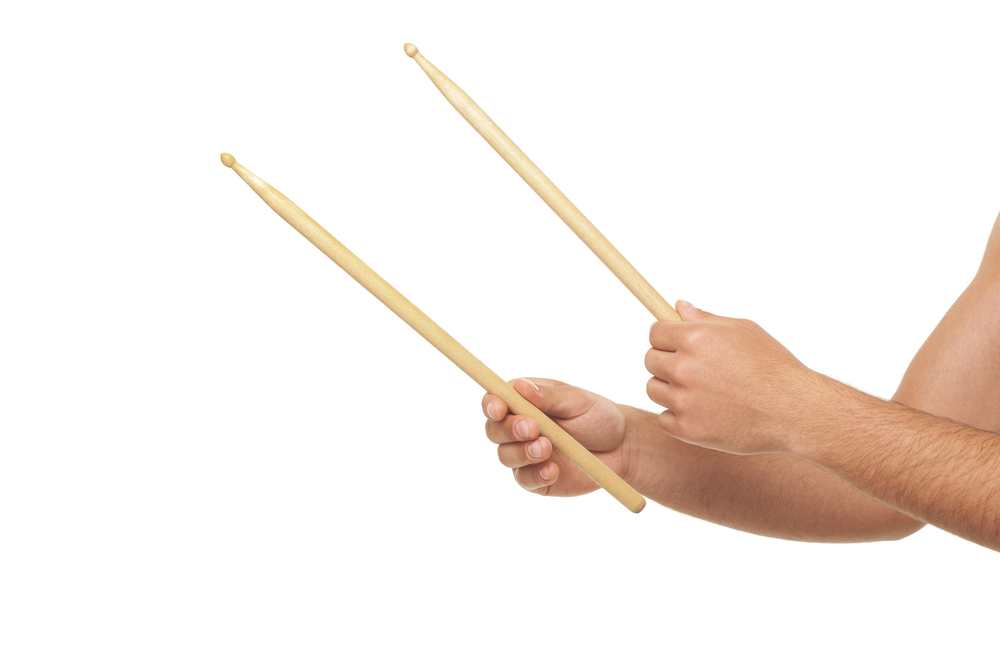 Sticks are parallel. Your thumb is aimed straight along the stick and your pointer finger is used as a fulcrum as the stick rebounds. The rest of your fingers along with wrist, forearm, global arm movements are used to propulse the stick.

This may be a controversial statement but I sincerely believe the French Grip is the best place to start. Whether or not you play your first concert entirely in French grip, to understand the physics of how drumsticks rebound I think this is the clearest grip out there.

Do yourself a favor and play quarter notes on the ride cymbal with the French grip. In fact, take out your supporting fingers. Just let the stick bounce freely and use as little effort as possible to bring it back to you.

This is a great lesson in physics. Let the stick do the work. Let gravity act on the stick. Take your body out of the equation as much as possible. Work with inertia.

Almost every time I sit down to practice nowadays I start by switching between single strokes and double strokes in French grip.

The hands are turned inward and the sticks triangulate on the center of the drum. The thumb is stationed on the side of the stick. The pointer finger remains as the fulcrum and the stick is propulsed even more by wrist and global arm movements.

This should be your go to grip for practicing snare drum, and it is essential to learn how the wrist and full arm movements plays into the equation of leverage. It’s no wonder that the majority of rock drummers fall into this grip, as it allows one to access power and volume that doesn’t come easily with the other grips.

The secret to this grip is to use the wrist, forearm and all your global arm movements to act like a whip while hitting the drum. The pinnacle of this is the Mueller technique. Watch below to see how a simple exercise in triplets can turn you into a drum ninja warrior. 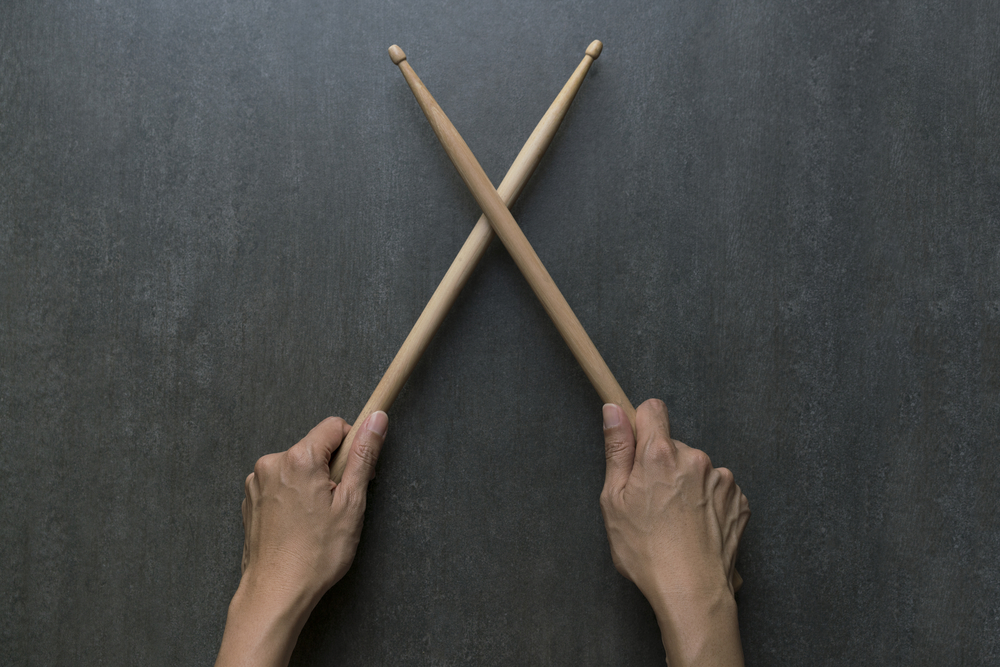 American grip is essentially a mix between the French and German grip, tending more to the latter. Take the German grip, relax the triangulation, turn your hands a bit up and there you go. For most drummers this will inevitably turn into your default grip.

As the drum set has expanded throughout history, so too has our grip needed to adapt. I mean, just try to play the ride cymbal at a true German grip, it makes no sense.

My advice is to practice of these grips in order to explore the possibilities of body motion and leverage that come with different ways of holding the sticks. Bruce Brecker has an interesting philosophy about switching different grips during your playing for different situations. Perhaps you discover that German grip is for snare drum, French grip is for the ride cymbal, and the American grip for traveling around the kit.

Whatever your discoveries, practicing these different grips individually will give us a clearer understanding of how the body mechanics work and how to eliminate unwanted tension or unclear stick control.