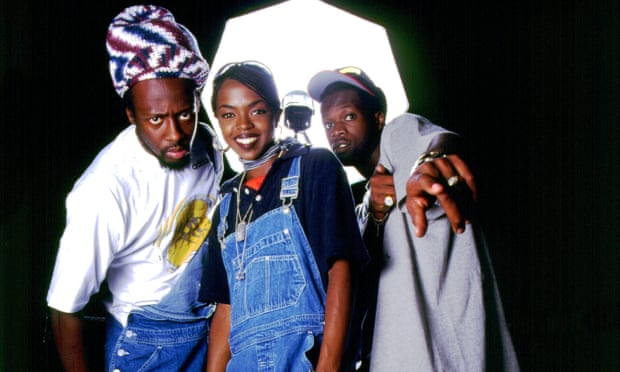 The Fugees are planning a global tour to commemorate the 25th anniversary of their critically acclaimed record The Score.

Lauryn Hill, Wyclef Jean, and Pras Michel will reunite for the first time in 15 years on the tour, which will take them to 12 locations across the globe.

“As I celebrate 25 years with the Fugees, my first memory is that we vowed from the beginning that we would not just do music, but that we would be a movement,” Jean said. We'd be a voice for the voiceless, and I'm thankful to God for bringing us together again in these trying times.”

On September 22nd, the first performance will take place at an unknown location in New York, which will be filmed and aired as part of Worldwide Citizen Live, a global broadcast event calling on world leaders to protect the planet and end poverty. In addition, the group is collaborating with Global Citizen on charitable activities in conjunction with the tour.

They will next go to cities such as Chicago, Miami, Paris, and London before concluding their tour in Nigeria and Ghana, where venues have yet to be announced.

The Fugees won two Grammy awards with The Score, which was released to critical acclaim in 1996 and made them the first hip-hop group to be nominated for album of the year. It sold over 22 million copies worldwide and included the songs Ready or Not and Killing Me Softly.

It was their second and last album, after 1994's Blunted on Reality. Hill went on to record The Miseducation of Lauryn Hill, which won five Grammys in 1998, while Jean and Michel went on to have solo success.

In 2005, the quartet reformed for the song Take It Easy. It has not been revealed whether or not the upcoming tour would include new songs.

Thanks to Benjamin Lee at The Guardian whose reporting provided the original basis for this story.