Guide to Basic Guitar Chords (with Pictures of Hands) 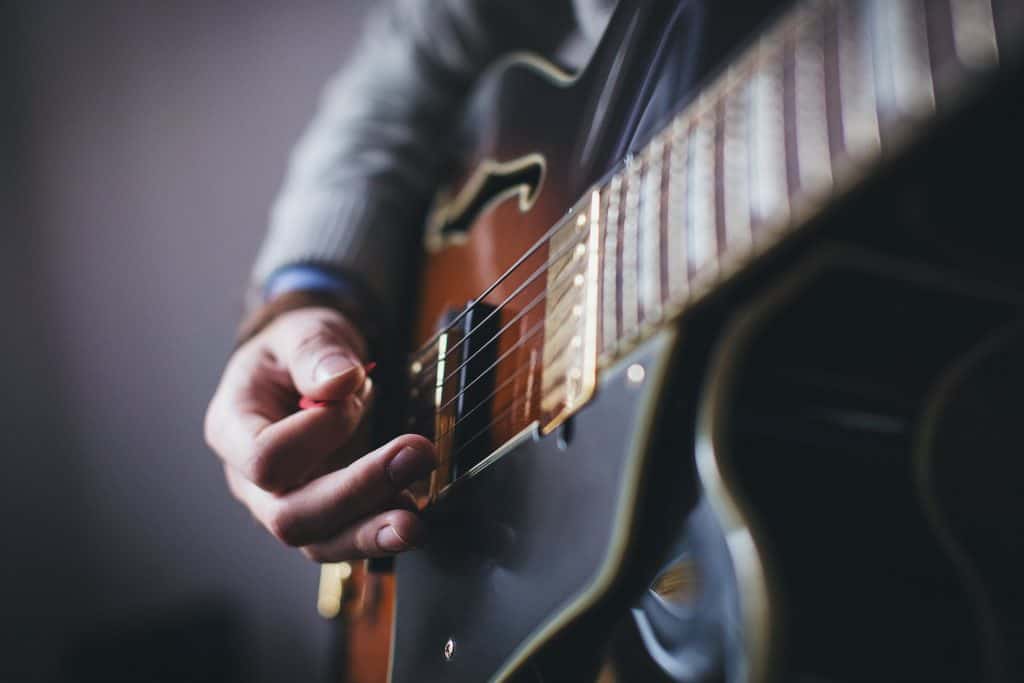 The guitar is quickly becoming the most popular instrument on the planet. It is being undertaken by thousands, if not millions of individuals each and every year.

As of now, the guitar is the 2nd most popular musical instrument worldwide (right behind the piano at number one), however many still struggle to master it or even begin to pick it up.

If you love rock or pop music, this the perfect instrument to pick up. The guitar is an exceptional avenue for those wishing to play their favorite pop tunes.

The guitar is a very common instrument to use to sing simultaneously since unlike a wind instrument, you have your mouth free. The way to sing over songs is to play chords and sing a melodic harmony over the top.

Chords are the building blocks to guitar chord progressions. If you think of each chord as a word in a book, you can believe of the guitar chord developments as a sentence in that book.

Guitar novices typically get confused with the term "chord" and the term "note." A chord is a set of notes, generally 3, that are played all at once. For instance, the C major chord includes 3 notes: C, E, and G. These three notes strummed together create the C significant chord. Try taking a look at developing chords the exact same way you would utilize structure blocks.

Let's learn some basic chord progressions and then apply them to a song.

Let's start with the E minor chord. It is probably the easiest chord to start with because you only need to hold down two strings.

Let's take a look at how that is on a real guitar.

Now let's look at a diagram of the same chord.

The numbers on the diagram relate to the fingers.

So we see that on the E minor chord we use the middle finger on the A string (the second string from the lowest) and the D string (the third-lowest string).

You'll often see chords notated as in the chart above. The 6 vertical and five horizontal lines represent your guitar's fretboard. If you're confused by the layout of the image above, hold your guitar in front of you so that the strings are facing you and the headstock is pointing up.

These diagrams are really useful to learn since most people use them to write down chords and you can learn chords really easy instead of having to look at a picture of someone playing.

Now we will strum all the strings together! This is an E minor chord, and you should notice its sound is darker and sadder than a major sound

Now let's learn a major chord. D major is a very common chord that is used in millions of songs.

Let's look at someone playing it first.

Now let's check out the chord chart! Look at the numbers on the diagram and make sure you are placing the correct fingers in the right place.

On this diagram, you will see some Xs and Os on the top of the E A and D strings.

These mean that we need to NOT PLAY the strings on the Xs and PLAY the O (as well as the strings you are putting your fingers on.

The O means you are playing the open string. We don't want to play the X strings because the notes don't fit into the chord.

Okay let's take a break from learning chords for a moment and practice these ones.

If we string these chords together, you'll get a verse to the song, Heart of Gold by Neil Young.

The first part of the song begins with Em and then switches quickly to D major, and then back to Em.

If you are having trouble hearing it, cycle through those 2 chords on your guitar (make sure it is in tune!) and then go back and listen to the track and see if you can hear the rhythm.

This song is a great exercise to practice switching for these two chords.

Let's go ahead and learn the rest of the chords that make up this song. To do this we need to only learn two more chords. 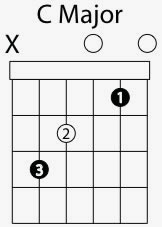 Again look at the picture of the hand and then look at the diagram to make sure you are using the correct finger placement.

Notice we will strum all the strings except for the top E string.

Now we have all we need to start playing Heart of Gold! Let's check out this chord chart below.

To practice the song, first cycle through all the chords in the order of the song and make sure you can switch between them smoothly.

It can be difficult at first to memorize these shapes, and even more difficult to switch between them on the fly.

However, with only about 10-20 minutes of practice a day you'll be surprised by your progress and you can start to switch between these chords really quickly.

It is also helpful to play these chords to the music itself, so that you can hear what type of rhythmic progression the guitarist uses.

When in doubt, listen to the music! Always trust your ears more than what someone says on the internet. Maybe the person who does the YouTube cover of this song is not playing it entirely correctly. Go back to the recording and learn from the source!