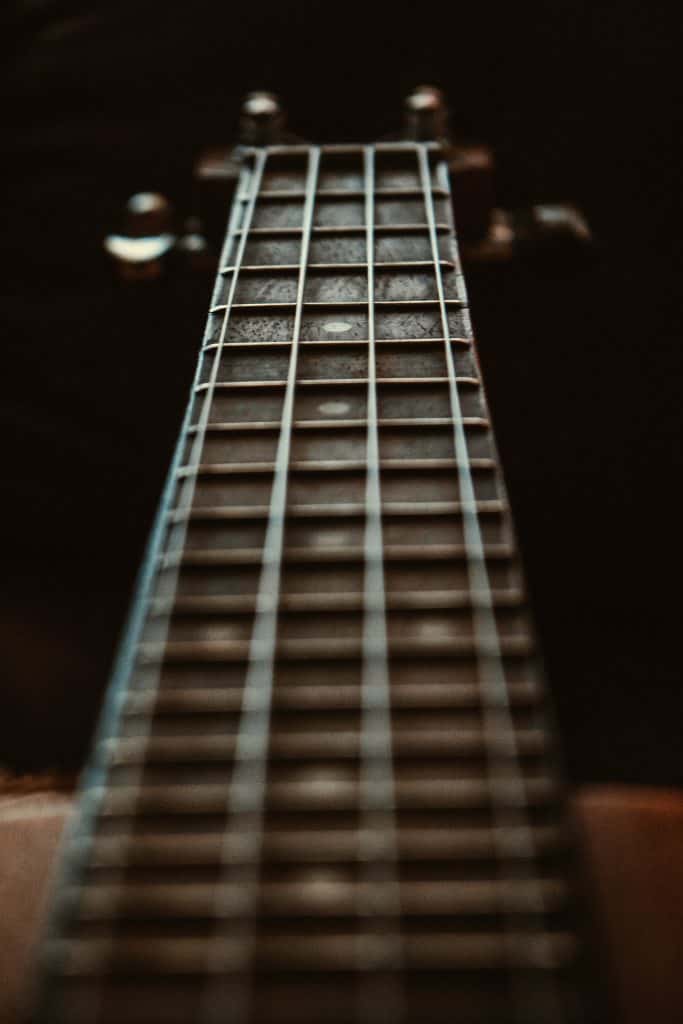 Learning and practicing guitar scales is one of the most important things you can do if you are trying to up your level of guitar.

But you should be aware that just practicing the scales up and down doesn't necessarily allow you to fully internalize the scale.

Learning to play a scale in thirds (or fourths or fifths) can greatly increase our knowledge of a given scale and give us the freedom to jump around without feeling limited to just ascending and descending motions.

Let's first go over what thirds are

In a major scale, the major 3rd is the third degree of that scale. You take the root note and count 4 semi-tones (a semi-tone is equal to one fret) up and you have landed on the major third.

In a minor scale, the minor third is a smaller leap. The distance between the root note and the third is 3 semi-tones. Thirds can be used the very same string or on surrounding strings.

It is very important to hear, in addition to see and feel, the distinctions between the major and minor thirds.

See the example below to see the basic intervals.

Yes, a major third is the 3rd degree of the major scale, but it is also just an interval. I could tell you to play any note and then make you play its relational major third (or minor third)

Therefore when we talk about playing a scales in diatonic thirds (diatonic just means sticking within a scale) it means that we will play the notes from that scale but jumping around and playing their relational thirds.

Let's say we are playing diatonically in the C major scale. The notes are C D E F G A B

So the relationship of C and E is a major third.

But any two notes can have this relationship. So what is the relationship between D and F? It is a third but this time it is a minor third. You can know this by counting the semi-tones going up to it.

So the relationship between D and F is a minor third.

The relationship of E and G? Minor third

The relationship of F and A? Major third

The relationship of G and B? Major third

The relationship of A and C? Minor third

The relationship of B and D? Minor third

And now we are back to the root note.

Let's look at the tab of this to have it straight in our heads.

As a first lesson in playing the guitar in thirds, this is where I would start.

Play this exercise how it is written, skipping thirds ascending and doing it backward (descending).

Since you've already learned the major scale, the Dorian mode is a great natural extension of this. Also, it works well over minor seventh chords.

You can also do this to another scale. The Dorian mode, for example, utilizes the same pattern as the major scale, except starts on the D note.

The most useful modes are probably 1, 2, 5, 6. The 5th mode is Mixolydian and it works great over dominant chords. The 6th mode is Aeolian and it is the minor scale, which works over all minor chords.

How do I practice these patterns?

Now you have some tools you can utilize when you're practicing all of your scales. But how do you practice?

Set up a metronome and play these thirds in eighth notes, meaning 2 notes per click.

Then once you feel comfortable, try playing these notes in triplets. I would slow the metronome down to about 60bpm to start.

This means go up and down these scales in thirds as the exercise above says, but every click we are passing through 3 of the notes. This may feel awkward at first because you will find the up and down scale movements go strangely with the triplet grouping.

But this is an excellent exercise to strengthen your memorization of the pattern of going up the guitar neck in thirds.

You could also simply play the scale up in thirds, for instance, C E G B D F A.

Once you've started to get these patterns under your fingers you will start to hear them everywhere!

There is no greater example of diatonic thirds doing their thing than in Marty Robbins' classic cowboy waltz "El Paso."

All throughout the song, we hear the Spanish flavored guitar melodies of diatonic thirds.

The rhythm pattern of "El Paso" is a waltz, which is based on a meter of 3 beats per bar. Take a listen.

Grady Martin is the guitarist on this song, and his playing of thirds in "El Paso" is to develop a Mexican ambiance, but the pattern is extremely versatile to any scale, whether it is major, minor and modal.

Let's check out another one. This time it is a riff by John Fogerty, the great guitarist from Creedence Clearwater Revival.

After getting these patterns under your fingers, learning these types of riffs will be a piece of cake, since they are all moving through the scale diatonically.

Have fun remember that practice makes perfect, but only if you practice perfectly!

Check out some of our other resources: