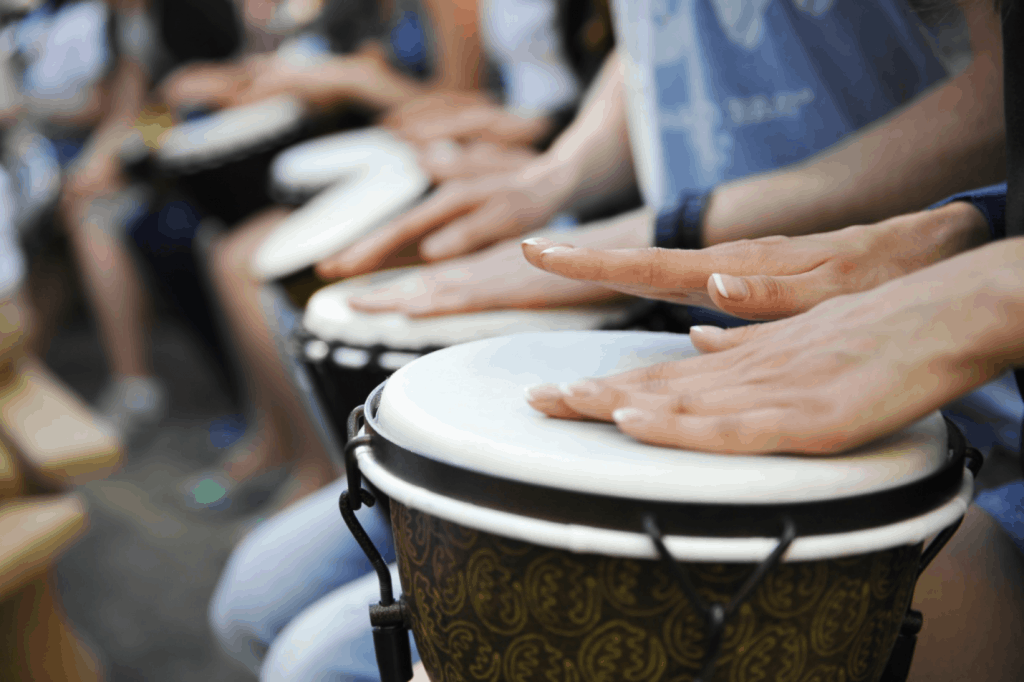 Advancement in technology has helped us assess the effect of musical instruments on our brains via. Scientific research and MRI scans have revealed that learning how to play different musical instruments helps engage different areas of the brain. Engaging in activities such as hand drumming requires coordination and attention to produce synchronized rhythmic beats, which result in brain stimulation. Science has also helped reach the conclusion that playing drums not only maintains but also helps improve the health and performance of the brain.

According to scientific research, drumming helps activate and stimulate your brain. The rhythmic drumming sounds can be extremely stimulating and soothing for the brain. Strong evidence suggests that while playing drums, cognitive processes are constantly occurring in one’s brain. Auditory information, coupled with motor coordination, results in the brain performing consistent metric rhythm.   Multiple areas of the brain actively work in coordination when drumming. Furthermore, drumming merges the left and the right hemisphere of the brain, making one’s intuition stronger. It only helps maintain the performance of the brain but also boosts it.

Drumming requires a lot of physical energy. Hand drumming demands the movements of the hand and arm muscles. This repetitive movement of limbs and muscles during a performance helps burn calories. Depending on the duration of the session and the number of sessions a drummer performs, they can burn a huge number of calories.

Drumming is an incredibly great cardiovascular activity. In hand drumming, the hand motions are pretty repetitive, which helps strengthen the forearms, biceps and wrist muscles. Over time, hand drumming can significantly enhance muscle endurance, which will in turn help you play faster and better and give you great control over your hands. 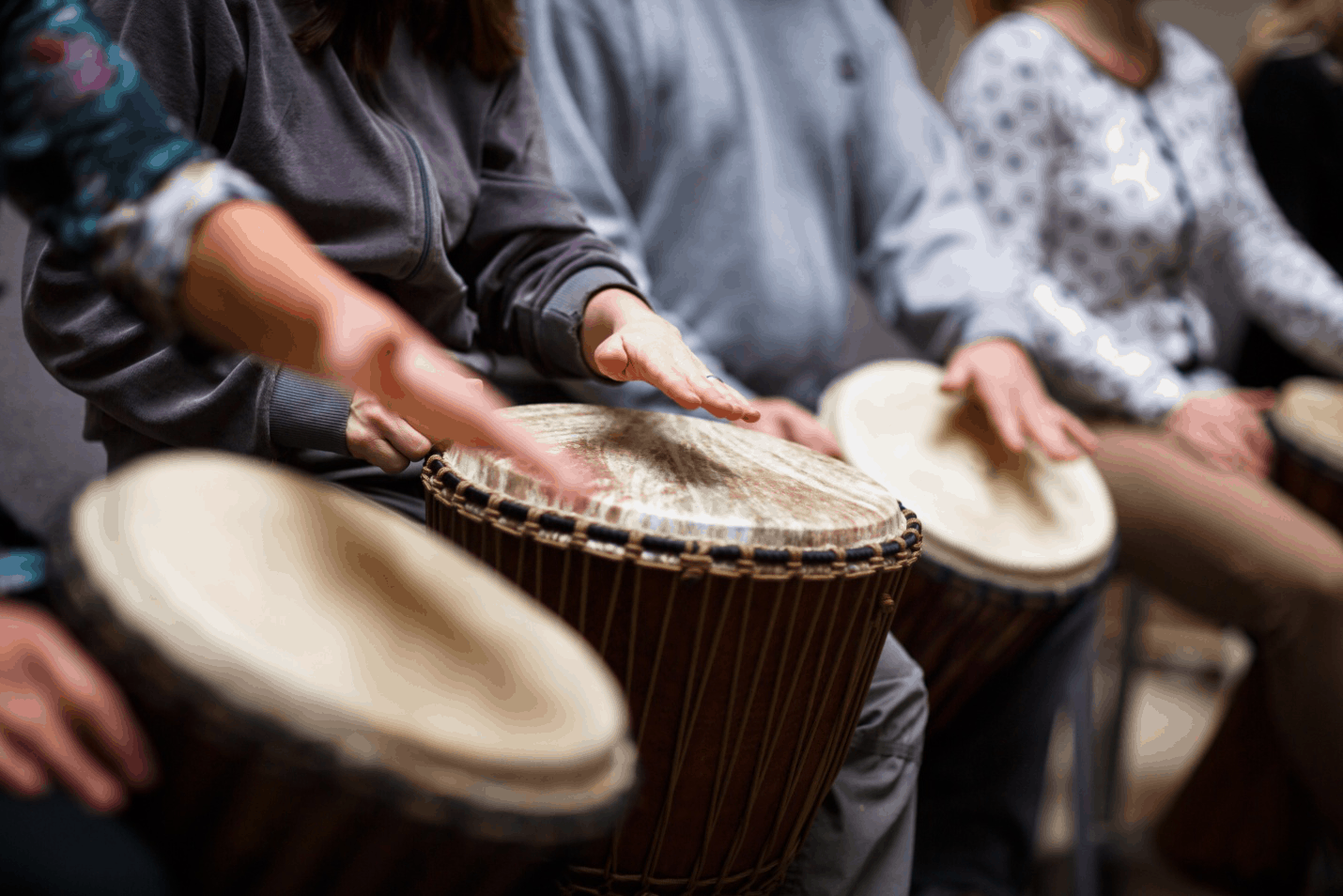 Science suggests that listening and playing music produces endorphins. Endorphins are happy hormones that help combat or deal with pain. Hand drumming can serve as a distraction from pain or help release its own morphine-like painkillers.

Mental illnesses are widespread these days. Research shows that hand drumming can help combat feelings of depression, anxiety, and loneliness and make an individual feel calm and relaxed. Drumming naturally increases the Alpha brain waves more than the beta waves, which leads to the feeling of relaxation. The feelings of euphoria from the Alpha waves assist individuals in combating mental illnesses. The Alpha activity in the brain is commonly associated with modes of consciousness, such as meditation. Drumming also aids in counteracting the stress response.

Research has revealed that hand drumming boosts the immune system. Drumming in groups can help fight against viruses and even cancer as it enhances the natural T-cells in the human body. T-cells are basically a type of lymphocyte, or white blood cells, that seeks and fights of infected and cancerous cells.

Drumming is not just simply playing a musical instrument. It is also a form of self-expression. In many cultures, drumming is seen as a way to express one’s feelings and emotions. Drumming can, therefore, be very therapeutic and help deal with any sort of emotional blockages that may occur as a result of negative feelings. Hand drumming, in specific, can help people vent out their pent up emotions.

As proven by MRI scans, drumming rhythms have also been seen to help people with ADHD.

The rhythm lets them engage in planning, anticipating and reacting to the music. It helps increase your concentration levels and become more focused. Hand drumming is used as part of musical therapy, especially for treating children diagnosed with ADHD. It has helped them regain focus and also developed neural pathways in the brain.

Playing musical instruments, especially drumming, in groups can make you happy. You must have come across images or videos of African tribes who engage in hand drumming and dancing. They seem very happy, don’t they?  Drum circles release happy hormones, also known as endorphins.

As mentioned above, there are many health benefits of hand drumming. According to a research in which musicians’ brains were compared to non-musicians’ brains, gray matter, known as the cortex, was found in higher quantities in the former group. This reveals that when you try to learn something challenging and try to push yourself, like musicians do, you are actually making your brain healthier. Hence, besides being an extremely fun activity, hand drumming can also make you smarter and healthier.