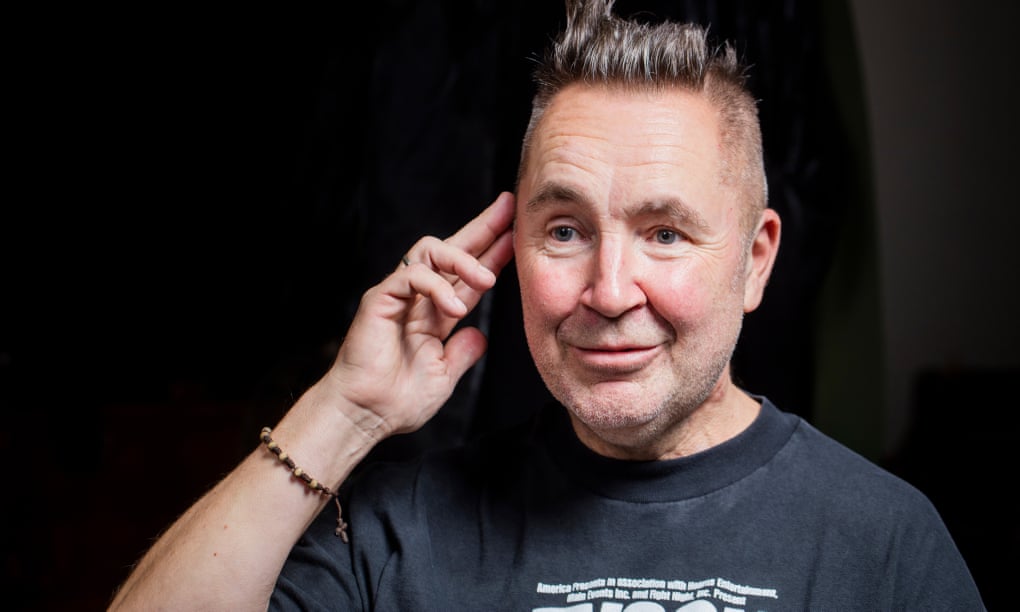 Nigel Kennedy has had run-ins with the "self-appointed wielders of power" throughout his career. The most recent occurred last week, when he canceled a performance at the Royal Albert Hall two days before the show, accusing the promoters, Classic FM, of stopping him from delivering a Jimi Hendrix tribute because it was considered "unsuitable for our audience."

As the news broke, he remarked, "This is musical segregation." “It would be illegal if it were used on people. If such mindset is prevalent in the arts, we still haven't solved the bias issue.

This is far more serious than a few ruffled feathers. Prejudice in music is a terrible thing.

They're essentially saying, "Hendrix is fine at the Marquee Club, but not at the Albert Hall."

The violinist is cheerful but unrepentant when I call him at his house in the Polish highlands a few days later. According to Kennedy, the station he refers to as Jurassic FM's desire that he play Vivaldi's Four Seasons, the recording that made him the world's best-selling classical CD when it was released in 1989, was akin to requesting Deep Purple to do Smoke on the Water.

“I was very fortunate to have discovered a piece of repertoire that struck a chord with people,” he acknowledges, “but Nigel Kennedy doing that again is not a giant step for mankind.” As a compromise, he decided to play Four Seasons with Chineke!, a youthful black and ethnically diverse orchestra, in exchange for a performance of Hendrix's Little Wing in the manner of pastoral composer Vaughan Williams.

He sighs as he says, "But there's been one roadblock after another." “No rehearsals, then working with a conductor when it isn't necessary and I've never done it before.”

Kennedy claims that since his Four Seasons were out before other classical blockbusters and Classic FM, he was able to find an audience for them. “It's ironic, then, that they're now telling me what's appropriate for their target audience.”

Kennedy claims that his involvement ended three weeks ago, but that this wasn't revealed until much later — likely due to behind-the-scenes fear. “So it appears that the spoiled artist is leaving. But I'm speaking out for the trolls,” he says.

“What will the people behind the desks be dealing in if we down tools?” “Do you have any fish fingers?”

He lets out one of the several powerful cackles that punctuate our 75-minute discussion. “It's not like I'd mind. Fish fingers are one of my favorite foods.”

Chineke! – who has previously crossed genres with collaborations with Carl Craig and Stormzy, but were probably frightened at being caught in the middle of a commotion between two huge monsters - has claimed the material was Classic FM's choice. Kennedy once again blames "people behind desks."

“It isn't the young players who are the problem. We'd get along like a house on fire if we were locked in a room together.

I was willing to work with them for free for a week to offer them the benefit of my expertise and to learn from them about how to make great music.” He is disappointed that the public will not be able to hear it.

“I was thinking of busking outside the Royal Albert Hall and playing Little Wing if they wouldn't let me play it inside! But then someone in uniform will most likely move me on and ask, "Do you have a license?"

Kennedy initially covered Hendrix (a rendition of Fire) for the Stone Free tribute album in 1993 (including the Cure and Eric Clapton), and then released The Kennedy Experience in 1999, an album of classical explorations of Purple Haze and other Hendrix songs.

He adds, "Man, Hendrix should be talked about like the great composers." “Beethoven. Bach. Duke Ellington is a jazz musician. Stravinsky. That's where Jimi is. “Serious motherfuckers!” exclaims the narrator. Isn't it Vivaldi?

“Not at all. Vivaldi is like... it's not exactly Des O'Connor, but it's more lighthearted stuff that folks can listen to while sipping their coffee.” Ouch. He's giggling like a clogged sewer.

For all of Hendrix's "mind-blowing" guitar skills, Kennedy claims that his brilliance also extends to songwriting. “The songs he wrote and the forms he adopted were extremely diverse... softening of the edges, more free-flowing structure A game-changer.”

A blurry picture of Hendrix playing a violin may be found in Kennedy's violin case, which the late singer reportedly picked up during a lunch break at the BBC's Maida Vale studios, much to the displeasure of its owner. “From interviews near the end of his life, he was becoming interested in the sonic possibilities orchestras offered him,” Kennedy says, adding that he can take his hero's music somewhere else with his own violin.

“Kind of symphonic folk trance... I'm beginning to resemble that jerk from Spinal Tap. ‘I'm going to name it Mach because it's a little Mozart and a little Bach.'

He's laughing, but the Classic FM uproar strikes at the heart of a nearly-lifelong conviction that categorizing music into unmixable categories is "a really puerile mentality."

Brighton-born Kennedy, a world-class virtuoso violinist, was only six years old when his music teacher mother sent him to audition at Yehudi Menuhin's "school of precocious brats" in Surrey, but he might have been a rockstar. “I could have easily gone the Deep Purple/Santana route because I played piano.

The first jobs I was given occurred to be in classical music. I considered myself very fortunate to have been given anything. It was never served to anybody on a platter. It was like though I had won the lottery.”

Kennedy subsequently attended the Juilliard School in New York, where he was partially supported by busking. When Stéphane Grappelli invited him to Carnegie Hall when he was 16, his instructors warned him that performing jazz might jeopardize his classical career, so he first declined.

“Then I realized that here was this spoiled adolescent telling one of the greatest violinists of all time that playing with him would be bad for me. So I drank half a bottle of Scotch, fell on stage, and had one of the most unforgettable experiences of my life.”

Later, a record label official said that Kennedy was "the wrong person to play Mozart" as a result of this.

Not all of his experiments have been successful. He tried his hand at Indian music as a young man, performing in front of an Indian audience at Westminster Hall.

Since then, he's worked with everyone from Kate Bush to the Who, and his musical tastes range from Led Zeppelin to the Fall.

Following her divorce from Mark E Smith in the 1990s, he began dating Brix Smith, the vocalist and main guitarist for the Falls (and the Adult Net). He recalls, "We never met, but there was this animosity between me and Mark, and then he sent me a letter saying, 'Thanks Nige, you saved me a lot of money.'"

Brixie, on the other hand, was a wonderful person to be around, and I learnt a lot from her. She'd spent a lot of time with Mark and was quite knowledgeable about songwriting.”

Kennedy's riotous behavior, such as freewheeling cars down hills, is detailed in Smith's memoir The Rise, the Fall, and the Rise, but she also notes his hours of daily practice and observes: "I realised that his level of perfectionism was so intense and rigid that he had no room for any other restrictions in his life." Kennedy acknowledges that this is a "completely correct" interpretation of his psychology, which explains his many quarrels.

“I'm not Keith Moon, blowing up toilets in hotels,” he maintains, “but I don't like much restraint.” I think I'm a risk compared to most violinists, but you have to attempt new things or you won't live.”

Kennedy's biggest regrets, at 64, are that he didn't expand his musical horizons sooner (classical music now accounts for "about 30%" of his output) and that he didn't take up an opportunity to join Duke Ellington's ensemble when he was 14. “It would have improved my musicianship, but my parents and tutor-benefactors didn't want to see me on a tour bus with a bunch of old codgers carrying brown paper bags with special bottles in them.

Maybe if I'd been a more obnoxious 14-year-old who threw chairs about, I'd have been permitted, but maybe I wouldn't be here talking to you today if I'd been in that band.”

Kennedy began boxing at the age of 19 in the Bronx. He quickly realized he was "averse to being hit" after "spitting blood" during gym fights, but it sparked a lifetime love for the sport.

As a result, he wears boxing gloves on the cover of his upcoming book, Uncensored, which he describes as "a dissection of the BBC, record companies, conductors, run-ins with the cops, and all kinds of not exactly positive shit."

He chuckles and says, "I'm quite combative." “I've never been afraid to say what I think.”