How Does a Bass Player Lock in with the Drummer? 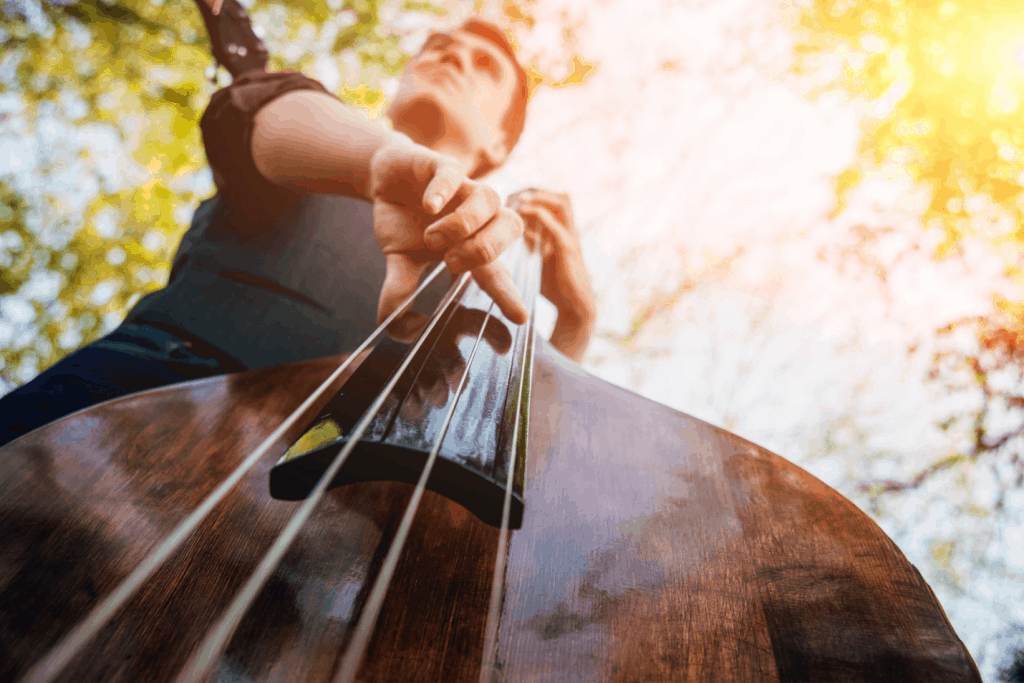 Have you ever felt mesmerized by a musical performance and wondered what made the band’s coordination so perfect?

This article will unfold how a bass player synchronizes with the drummer to produce an excellent performance.

But first, let us look at the main functions that all the various members of a band perform.

A band basically comprises of a lead vocalist, guitarist, a bassist, one or two keyboard players, and a drummer.

A bassist uses a guitar, keyboard or a low bass instrument to maintain a steady rhythm to the sound being produced.

The basic difference between a guitar and the bass guitar is the pitch range. Bass is actually the lowest note which resonates with the rest of the instruments. 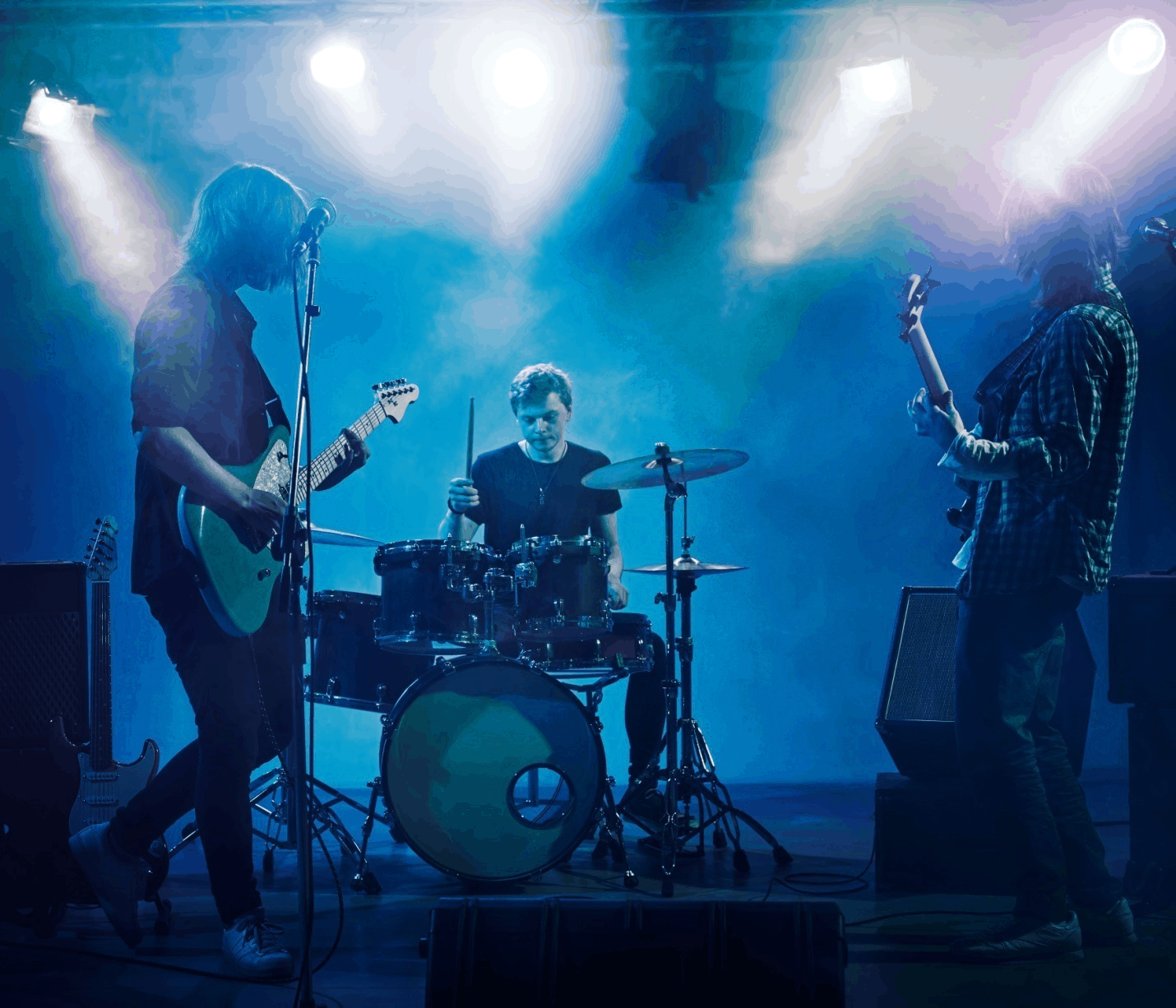 Without a good bass, the music loses its pulse regardless of the effort being put in by the rest of the group members. The bassist’s essential function is to maintain harmony when several different notes are being played.

In short, a skilled bass player is the one who delivers the rhythm and the harmony to the sound.

A recent study termed bass to be the most vital rhythmic effect in a tune. The researchers selected two groups of people who were asked to listen to the sounds of different intensities.

Those who heard the sound of the bass exhibited the most reactions with their body language.

The drummer is the one that provides the rhythm as he also cymbals and other drum-kit instruments in addition to drums.

Drumming keeps the listener aware of the beats as well as emphasizes changes in the parts of a song.

Good drummers just don’t do the beats but they are the ones to give it just the right rhythm. Skills musicians can play more than one type of drums.

In fact, Swedish researchers found that drummers are the smartest members of a band.

According to them, drumming requires brain power and handling of difficult situations and this sharpens their mental abilities.

The researchers found that multitasking requires distinguished intellect and abilities.

The bassist’s role with the drummer

Both the bassist and the drum player may be highly skilled individuals but it is their coordination that delivers the hair raising performances.

If you are a bass player, the following points will help you really lock in with your bass player!

A. Using a metronome

A metronome is a device that produces a beat at regular intervals to help in accurate playing of music. There are great metronome apps these days that besides just delivering a click, can really help one develop a sense of internal time.

For example, there is an app called Time Guru, which can mute the metronome for part of the time, which makes you have to count the beats that the metronome does not play.

By doing a lot of practice, you can start to understand the relationship between your note and the click.

The moment that these two elements match, it is a signal that a superb coordination is in the making.

B. Focus on the body language

A skilled bass player focuses not just on the pulse or the beat, but also on the drummer’s body language.

This essentially means that you should try to match your own beat with the movement of the drummer’s hand.

C. Practice together as much as you can

Spending time with your drummer on the instruments as much as you can hold the key to mutual success. 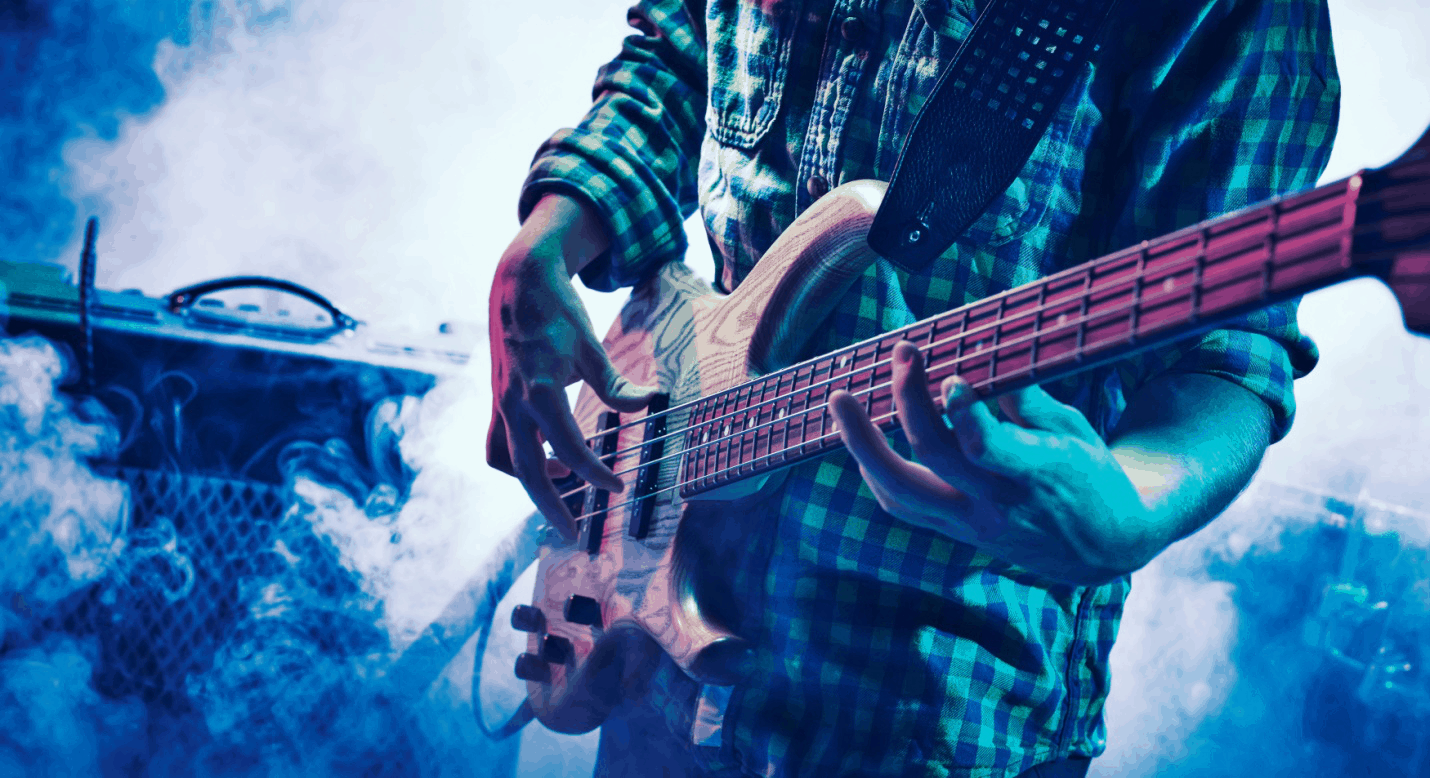 Practicing together enables a bassist and drummer to make their beats coincide, and remove any flaws just in time!

It is also a good idea to play as many drummers as possible to bring variety to your practicing and add advanced skills.

D. Listen to the beat

Listen to beats as much as possible on different notes to understand their rhythm and the effect that they create.

You can also find a beat that is closer or similar to your drummer’s style and listen to it to improve the coordination.

A smart strategy for the bass player to develop coordination with the drummer is to learn to understand the sequence.

The first step is to listen to the beat, analyze what was played and then quickly play the tones.

Once you have practiced to follow this sequence, you can increase your speed to play along with the drummer.

A small confusion in understanding the pulse can compromise your performance. Hence it is mandatory to sit down with your drummer, talk it out and remove any shortcomings in your performance.

Understand that a bass player’s relationship with the drummer is a natural mix. If it clicks, it will eventually work naturally. But if it doesn’t, then maybe it is time to part ways for better.

Before we conclude this article, let’s have a quick look at the overall functions of the band members.

The vocalist is the front man who has the responsibility of delivering the most prominent sound to the audience.

What makes a vocalist different than a singer is the former’s specialty to tone the voice with the music.

A guitarist’s job is to create the rhythm of the song with their skills to play the strings. Skilled guitarists can play a variety of instruments such as classical, electric and bass guitars.

The pianists, sometimes called keyboarders, are the ones who complement the overall sound. Skilled pianists can adjust their strategies to different songs.

But if these two team members cannot mix, then even the collective effort cannot produce the desired results.

So if you are a bassist and you are experiencing work issues with your drummer, NOW is the time to fix them!