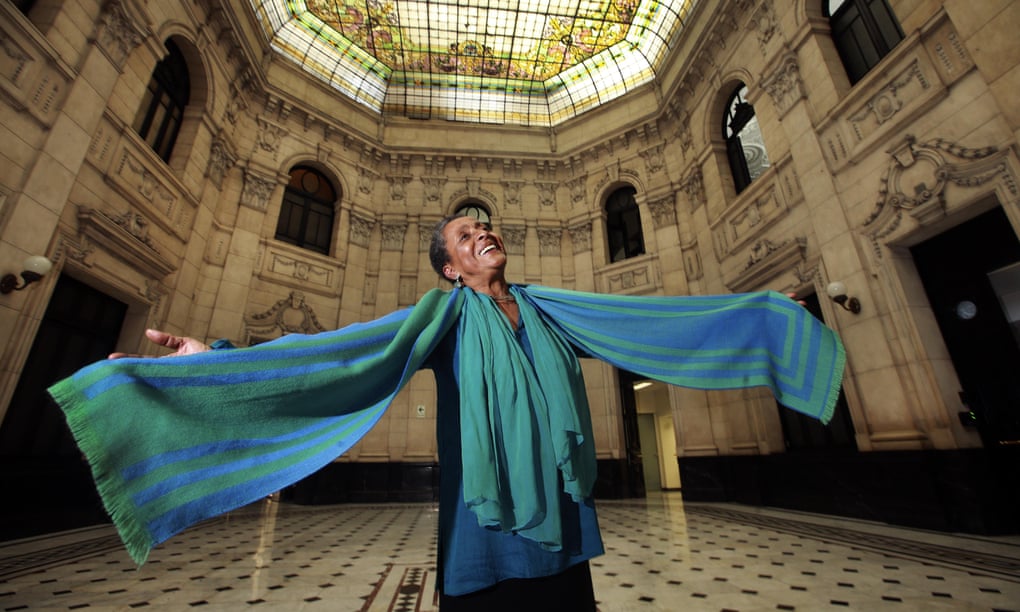 Susana Baca has lived several lives throughout the course of her 77 years. She is a well-known singer in Peru and an advocate for Afro-Peruvian music, thanks to a collaboration with David Byrne's Luaka Bop record label.

She is an ethnomusicologist who runs a cultural center in Peru, and she was just the second Afro-Peruvian minister in the country's independent history when she was appointed minister of culture in 2011.

Baca adds via video chat, "It was not an easy path to achieve all that I have." She speaks via an interpreter from her house in Caete, wrapped in a black shawl.

"When I was a kid, my parents used to play music all the time – my earliest memories are of my father singing and my mother dancing – but my mother was horrified when I decided I wanted to be a singer." We were impoverished, and all of the musicians she knew had died of TB. It had been a life of extremes."

Baca is celebrating her 50th year in music with the release of Palabras Urgentes (Urgent Truths), her 16th album on Peter Gabriel's Real World Records. The album's ten tracks, produced by Snarky Puppy maestro Michael League, are "premonitions of the difficult times we are living through," she adds, and include classics like Chabuca Granda's La Herida Oscura as well as new compositions on governmental corruption and climate change. From the trumpet fanfare on Negra Del Alma to the choral ecstasies of Sorongo, it's full of energy, and she hopes that everyone who listens to it would "question what our place in the world is and how we are damaging it."

"At my age, I'm not interested in pleasing others any longer," she says, laughing huskily.

Baca, on the other hand, was preoccupied as a young lady with pleasing her mother. She wanted to be a teacher, but she couldn't stop singing the music she grew up with after seeing how it was continuously marginalized.

Anti-Black racism persists in Peru, owing to the Spanish-imposed slavery in the 16th century. Popular television characters such as the blackface El Negro Mama and the mocking Indigenous stereotype La Paisana Jacinta, who first aired in 2014 and were eventually targeted by a UN treaty against racial discrimination, have carried on its legacy.

"Peru has had a tumultuous relationship with its indigenous and black populations," she adds. “Because they serve as a reminder of the country's history of slavery, our music is frequently overlooked or forgotten. I felt compelled to contribute to its survival."

Baca began working with well-known Peruvian singer Chabuca Granda in 1970, first as her personal assistant and later as a musical mentee, bringing Afro-Peruvian rhythms into Granda's work and gradually raising public recognition of her culture. She toured Latin America over the next two decades, performing traditional Afro-Peruvian music as well as folk songs discovered via study with her husband, Ricardo Pereira.

She didn't make it to the international scene until the mid-1990s. David Byrne included her song Maria Lando on his 1995 collection Afro-Peruvian Classics: The Soul of Black Peru after a fortuitous encounter with her music via a Spanish instructor.

The song encapsulates Baca's music, with the richness of her voice gliding over the traditional rhythmic instruments of the cajon and udu. As she thinks on their connection, the same warmth and passion transcends the language barrier: in 2011, she produced Afrodiaspora, a compilation of Afro-Peruvian classics for his label.

She grins as she says, "He opened the doors to the world." "We have a lot of respect for each other, and we've worked together for a long time."

The epidemic stopped her normally busy traveling schedule, so looking back on her "mission" has been an important part of the last year. She began writing her memoirs when she was stuck at home.

"Remembering everything I've done, including my mistakes," she adds, "has been very interesting." "You have to be completely honest and bring the emotions that brought it all to life."

Fortunately, I have my husband Ricardo to assist me, since he has been with me for 30 years."

Baca's time in office has been a source of contention recently, with some criticizing her for continuing to perform and tour as a singer while serving as Minister of Culture from July to December 2011. "I think the job's going to eat into my work as a musician," she remarked in an interview with the New York Times during her term.

But I'm not going to stop listening to music.” "I wanted to give back to my country," she says now, "but my role in the media drew all the attention." I try to bring the same level of heart to my work as a politician as I do onstage."

She was eventually removed after a government change.

Would she run for office again? "It depends on who asks," she says with a grin. "If José Mujica [Uruguay's former president] did it, I'd say yes because he left office with no corruption."

Baca's musical impact is substantial, even if her political activity remains unsolved. Afro-Peruvian music is no longer a specialist interest, with newer musicians from the nation integrating its rhythms into their work, such as the band Novalima and vocalist Renata Flores.

"I've completed my mission," she declares. "I'm a link between the old and the new, and I'm seeing more and more young people embrace Afro-Peruvian music and make it their own – it's thriving, and I don't think it'll go away."

After 50 years in the music business and a book on the way, you would think that Palabras Urgentes is her farewell album. Baca, on the other hand, has other ambitions, including a new record dedicated to her late instructor Chabuca Granda.

"I'm not as young as I used to be, so I get tired, but I'm always finding new things that move me," she adds, her eyes closing momentarily in contemplation. "We have so much freedom to create, and that is so powerful." "The work will not stop."