How to Learn the Guitar Fretboard in 10 minutes 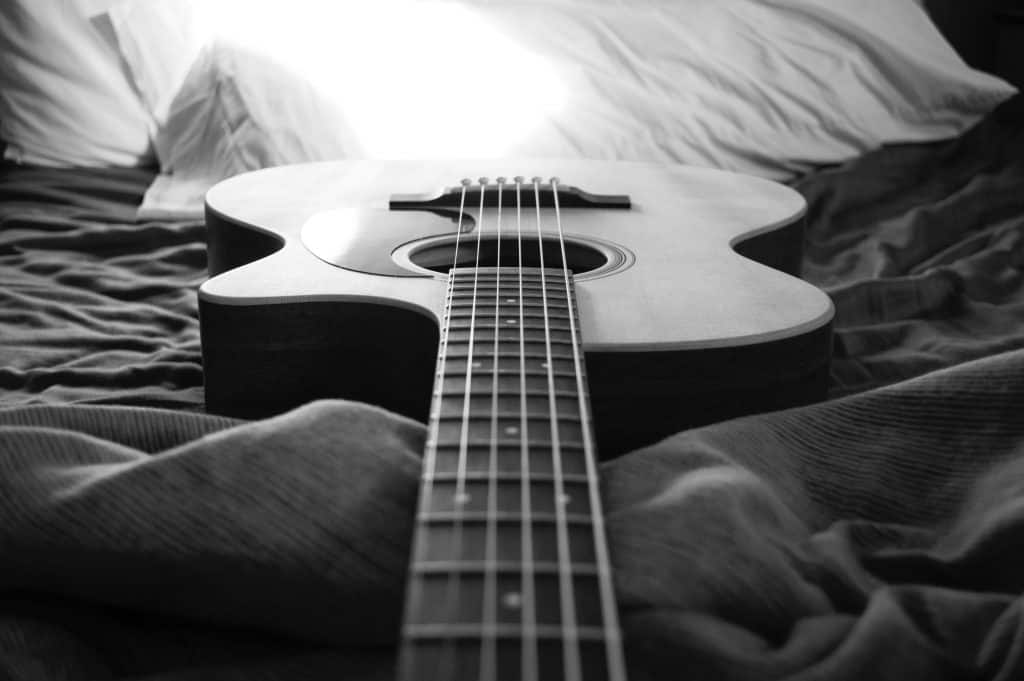 Learning the guitar fretboard doesn't have to be as difficult as you think. But it is definitely as important as you think. Once you in fact know the notes, you will have a much better understanding of music theory, scales, constructing chords—how all these are constructed and how they all relate to each other.

Everything will make far more sense when you learn where the notes are.

I meet many guitar players who don't know the notes on their guitar, or only know some of them. Do they need to understand it?

Learning the notes on the guitar is extremely helpful, it is one of the tricks that will turn you from a conventional guitarist to an excellent player.

There are some great tricks that can help you learn the fretboard and it really can take no time.

Learn the fretboard in 10 minutes starting with theory

The first trick you must know requires a little bit of music theory. The theory you need to know is what are the 12 notes in the western music scale.

You could also write the same notes with flats

But notice that in both of those cases the E and F have no flats or sharps between them. This is the same with the notes B and C.

So very quickly you can notice that the normal notes we would say when we are learning a scale (let's take A minor again): A B C D E F G

We already know that there is a sharp or flat between all of those notes except B, C and E, F.

Now that we understand what notes we should be hitting where are they? Well, let's take a moment to look at all the notes on the fretboard below.

This is it folks, no secrets. This image shows all the notes on the entire fretboard (up to the 12th fret). So how do we tackle all this information?

Well, let's start by learning all the natural notes (natural means it doesn't have a sharp or flat).

Let's take a look at the A minor scale.

On the fifth fret of the low E string, we have an A note. If we play a minor scale, all of the notes should be natural.

Say the notes as you travel up and down the scale, concentrate on each note. Most people find it easy to say A B C D E F G, but find it much harder to say G F E D C B A.

As you get to the high E string, notice that it is the exact same as the low one.

The next trick is to learn all the octave shapes on your neck. Maybe you know 1 or 2, but do you know all of them?

Likewise, what classically trained musicians know how to do is 'spell out' most major and minor chords in all keys.

Yes, this type of brute memorization is completely possible and ultimately very useful, since now we can just apply it to all of our interval practice and scale workouts we do.

However ultimately to really learn your instrument, you may need to take another step.

Ultimately, we don't want to be relying on recalling the anatomy of chords or even of octave patterns to know the fretboard. This stuff will help, but ultimately, to 'see' the notes on the fretboard we need to do some serious training.

Setting up a schedule and doing a workout plan

As you can see workout routine takes time.

Although we would love to be able to just photographically remember all the note names on the fretboard in 10 minutes, in practicality you won't 'see' the note names until you do a process similar to this above.

However, in the span of things, 2 weeks is not a lot of time to have learned the entire fretboard.

The tricks above, namely learning all the different octave positions, or learning how to spell out chords (and how to play those intervals on the guitar), will also contribute to speeding up this process, and they are extremely useful.