How to Make Drums Quieter on Stage 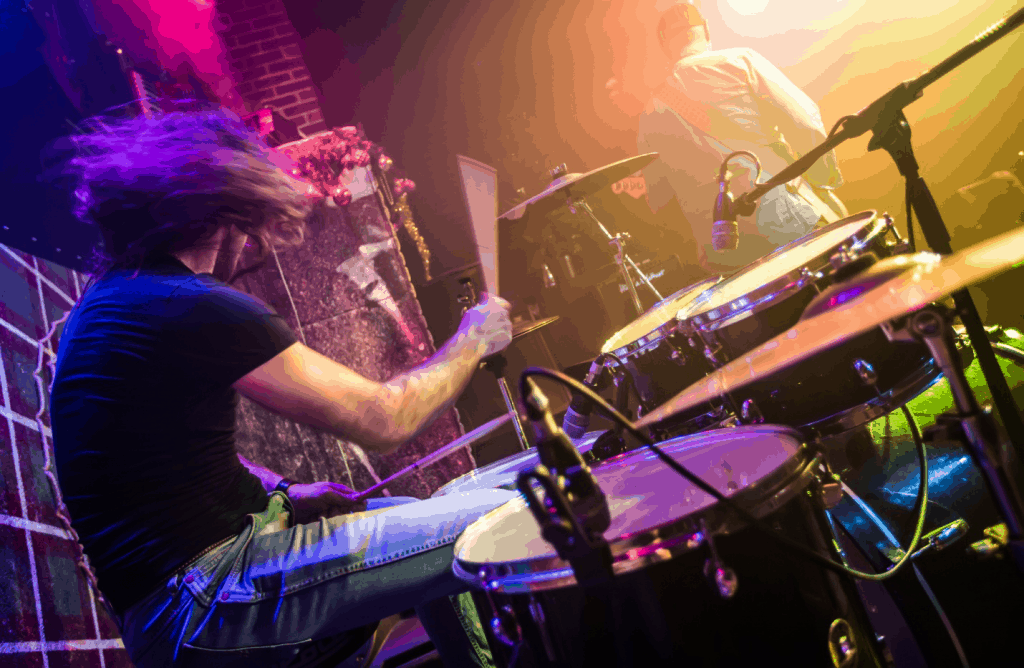 Have you ever thought about what makes live performances so appealing? It’s principally the band’s control over the tunes that make it such a success!

This article will unfold how you can control the noise your drums make during a live performance.

A drum is perhaps the noisiest instrument and so it requires precise configuration for optimal performance. Let’s look at some of the methods that can be used to reduce drum noise.

Controlling the sound of a drum on a stage can be difficult as it depends on a lot of factors.

Hence it is mandatory to adjust your drum’s volume and intensity according to the stage’s environment. The drum’s sound heavily depends on its coordination with other instruments. So, it is important to estimate the collective effect in a stage setting.

Furthermore, it always helps to use an absorption material in and around a drum to produce the right sound effect. Tuning the drum’s volume prior to the performance set things in order.

To successfully control the noise, you need to understand how this instrument and its accessories truly function. The drumsticks of a drum especially have an important role to play here. They need to be lightweight to create softer beats. The drum mix also needs to be readjusted as soon as new drumsticks replace the existing ones.

The cymbals are yet another important component of drums. Putting a tape on the metal cymbals can dramatically reduce the overall sound and allow you more control on the instruments.

Drummers also need to carry more than one set of instruments in case of lengthy performances or where stage conditions are difficult.

The more skilled a drummer is the better their understanding would be of the instrument. They can automatically adjust to different stage environments. It is also essential for the drummer to practice as much as they can to create not just soft rhythms, but also to help the rest of the team members adjust to their beats. Hence it is essential for the group members to maintain communication with the drummer to ask them to reduce the volume whenever required.

Needless to say, sound absorbers and dampeners are not just for practice methods as these can also dramatically reduce the noise. 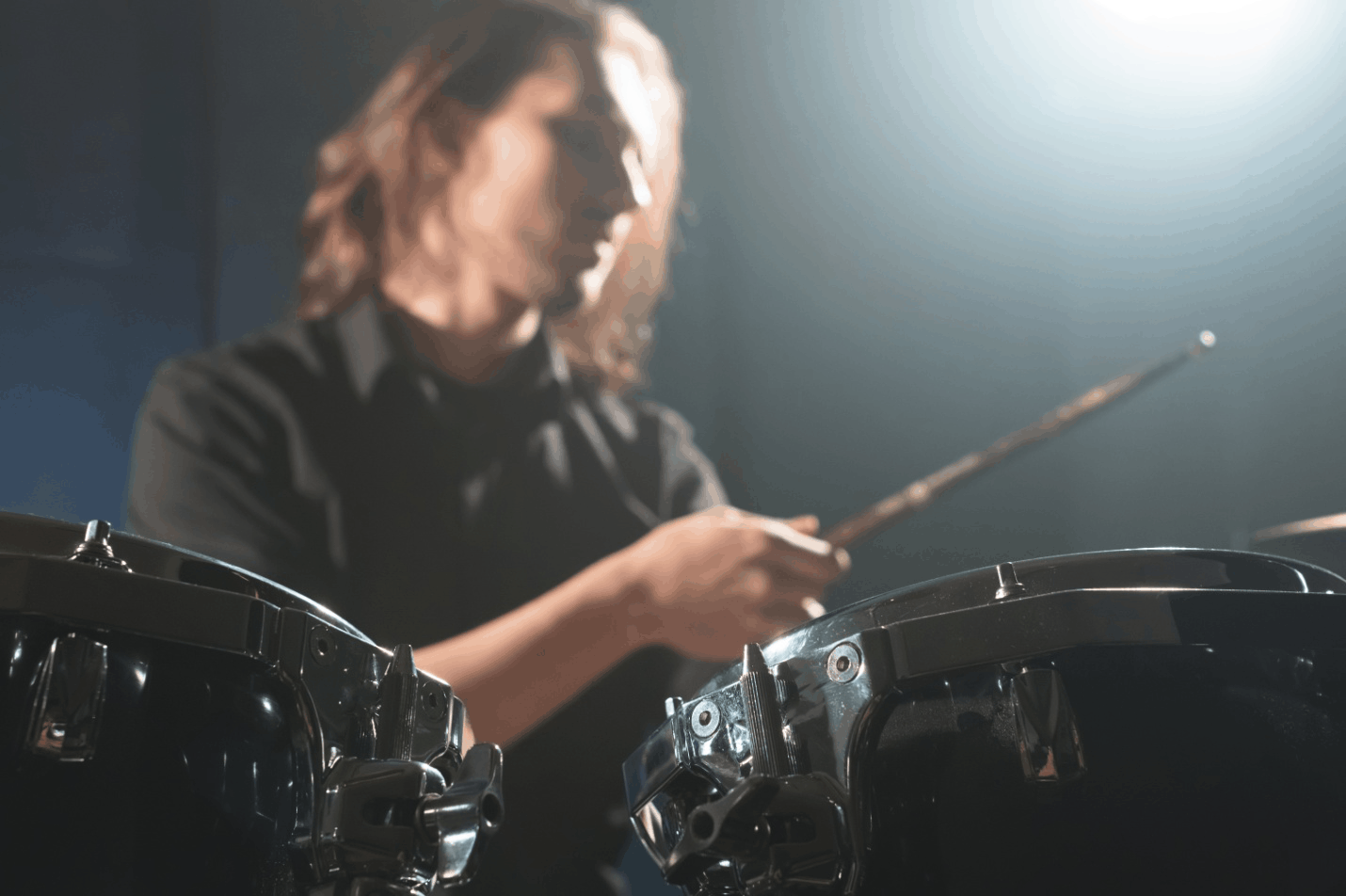 Using absorber drum heads and shields are always a great way to bring the volume under your control.

The audience’s point of view

In order to truly understand how a particular beat will be heard in a public place, it is a great idea to listen to it from the audience’s point of view. A smart way to do so is to walk around the venue prior to the actual event, and take into account the factors that will impact the sound.

Be savvy of the sound staff’s role

The sound staff has a very basic role in ensuring that the drum’s sound doesn’t go out of hand. They have total control over the pulse of the beats.

Hence a working relationship between the drum player and the sound engineers is important to resolve technical issues in time. It is also important to understand the difference between a drum’s sound with or without the speaker.

Furthermore, the sound staff should bring their settings in order after the drums are tuned so that the beats mix correctly. It is also extremely important to equip the drummer with a communication method to timely communicate with the sound staff.

This strategy can prove to be a lifesaver if one of the instruments results in a malfunction midway or when the band has to follow up on new notes.

Practicing in a room and on the stage are two entirely different things. This is why it’s important to adjust the tune of the drums accordingly. While practicing in a room, the sound does not echo or orchestrate, which is not the case during a live performance.

Secondly, the effect that the drumsticks produce in a room is a lot different than the beats produced in a public place. Plus there are other types of sounds involved during a live performance that also need to be taken into account.

The coordination level of a band when it is practicing is different than when it is performing live. Hence, it is better to sort out any issues during practice so that these do not emerge during a live performance. 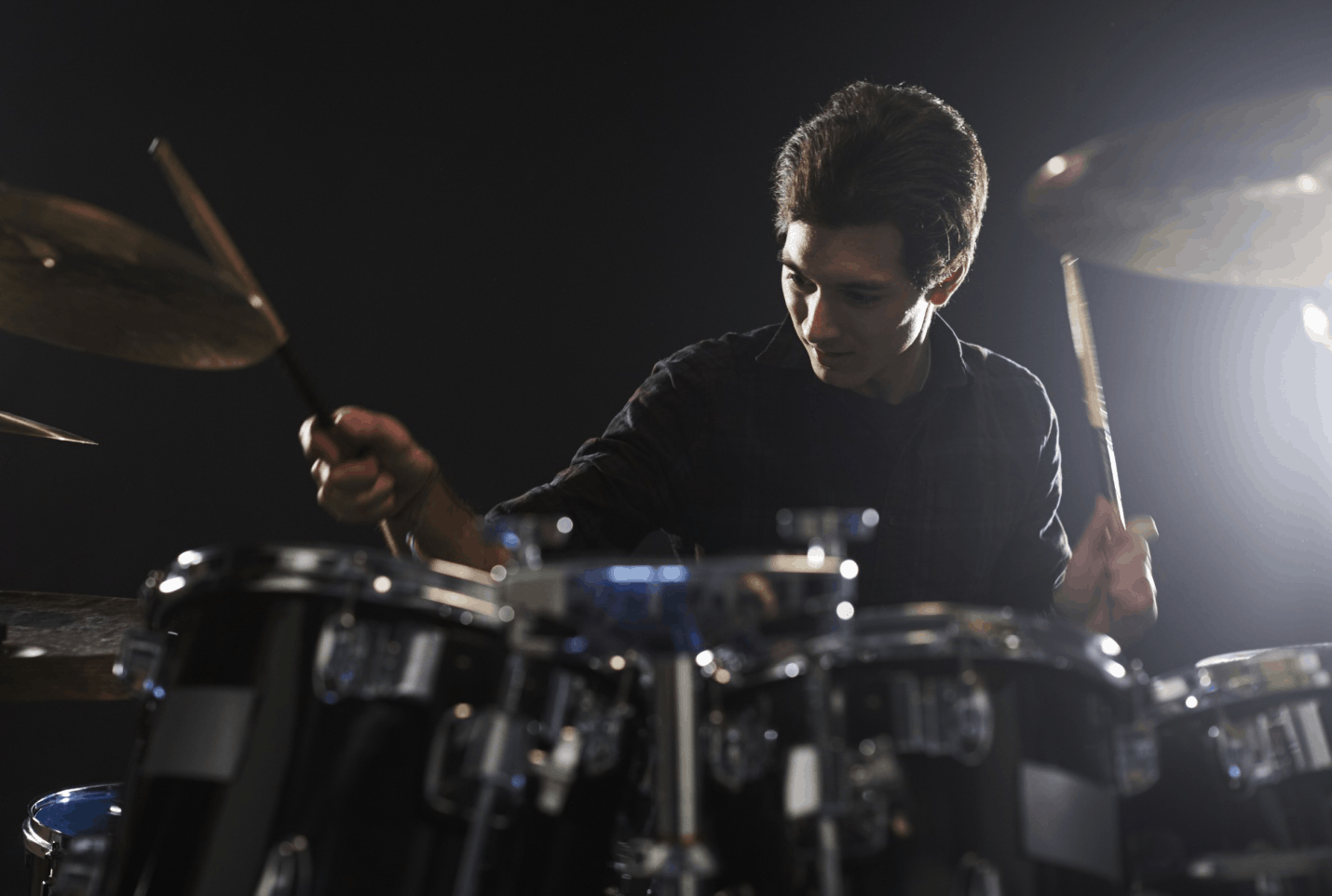 What does the research say

Contrary to common perception, research suggests that the human mind focuses more on sounds of low intensity. While louder sounds are difficult to listen to, softer sounds are bearable and easy to understand.

This is primarily the reason why high volume carries a risk of damaging your ears. It also explains why drums are played on low volumes during therapeutic sessions.

Drumming is a very basic component of the band and its rhythm can set the direction for the rest of the instruments.

Quieter drumming always enables a musician to adjust the volume to different types of environment. It’s important to not just choose the right instruments but also have the right coordination for a live performance.

So the next time you are preparing to perform live, remember to follow the aforementioned tips to keep the drumming in control!