How To Play Drum Triplets For Beginners 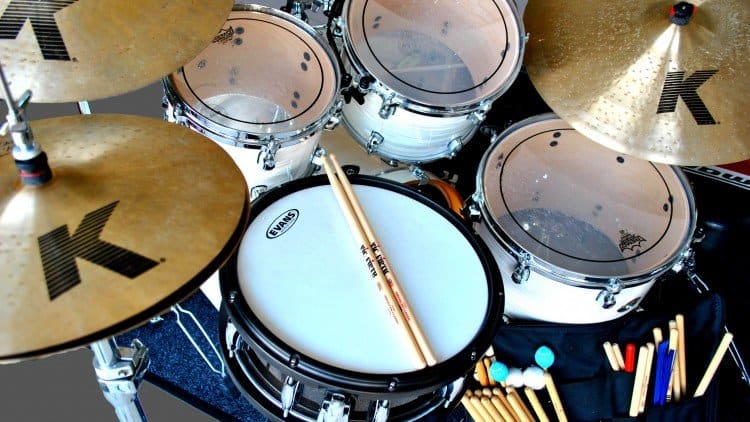 I'm just going to go ahead and say it—triplets are my favorite drum rudiment of all time. Let me clarify.

A rudiment is an exercise that drummers practice and can comprise of many different combinations of left and right hand at different rates. Technically, triplets are not even really a rudiment, they are a rate or a subdivision.

Instead of dividing a beat into two or four, as is commonly done, we divide it into three. It is still relatively common to do this, but it just sounds and feels so cool to do.

So let's get into how we can play triplets on the drums and perhaps more importantly, what we can use them for.

What are some basic triplet exercises?

The basic form of triplets can be played just on the snare drum. You will want to start out playing to a metronome however if you don't have one handy, you can use your foot to keep time by playing the bass drum or hi-hat pedal.

Above you can hear the idea of the triplet against the quarter note bass drum. The sticking (the combination of strokes) of the triplet will be RLR LRL RLR LRL, where R = Right hand and L = Left hand.

Really try to control your sticks and make each hit sound perfectly even—both in terms of volume and spacing. Listen to the example above and try to mimic it, you can even play along.

Start slow and eventually speed up to about 100-120 bpm. When it gets too fast (and you can't distinguish the notes that your playing versus the example) practice just with the click and do the triplets yourself.

Here's a metronome for you to play triplets along to:

Example 2: Playing the triplets against the quarter note

So now that we've got the basic concept of a triplet on a snare drum, let's start spreading this idea around the kit.

There are many ways to do this but let's start by just putting the first note of each triplet on the toms of the kit.

If you have a standard drum set up, you probably at least have a rack tom and a floor tom. Let's refer to an image. 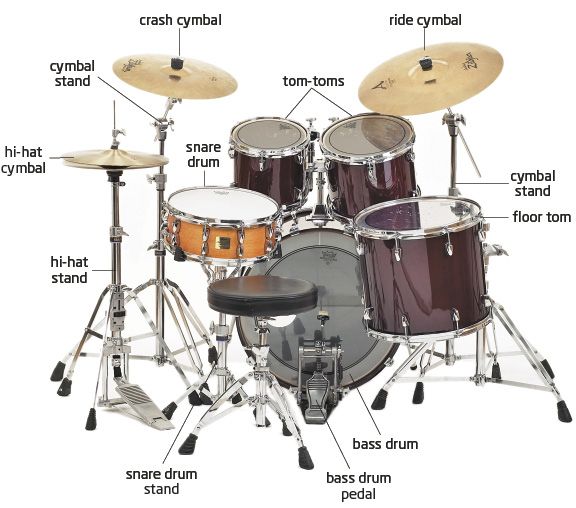 The two toms that are hanging on the rack are your rack toms and the one on your right is a floor tom. If you have two toms, just use the one nearest the snare for this example.

Example 3: Using the toms on the first note of the triplet

Although this is basically the same exercise as the first one we played—the sticking or subdivision hasn't changed—it sounds much different, and is also way more fun to play.

Get comfortable with this exercise before moving on. Really try to engrain this into your muscle memory.

Playing around with different parts of the triplet

As of now, we've only experimented with varying the first note of the triplet. But what if we could vary another note?

Let's begin with varying the first and last note of the triplet since they are the most common ones to hit.

We will begin by putting the toms on the first and last note of the first triplet, and leaving all the rest on the snare drum.

Example 4: Tom on the first and last note of the triplet

As we can see things just got a bit trickier. I've slowed this example down so that we can really try to get this under our hands before moving on.

This is going to 'trick' your ear and your body. Your body and mind are used to things being in either groups of 3 or groups of 2 and 4, but this example sort of blurs the lines and puts the accent in a strange place.

Example 5: Same thing but with the high tom

Let's keep going, but instead of the first beat we will put the accents on the second beat of the phrase.

Notice that the notes are now played with the left hand, so we will use the high tom instead of the floor tom.

We can keep going with this type of exercise, shifting over this accent pattern one beat.

So this pattern on beat 3 would look like this:

And the accent pattern on beat 4 would look like this:

First I would practice these very slowly. So slow that you can't make a mistake. The saying is: slow is smooth and smooth is fast.

These are difficult drumming concepts to get in our mind so we really need to take these slow and get this under our hands.

Then once we get this I would practice them in order. Play the first pattern 4 times and then transition to the second pattern without stopping. Then the third and fourth.

Happy drumming on this one, I know it can be challenging but it is definitely worth it!