How to Play Triplets Around the Drums (with PDF) 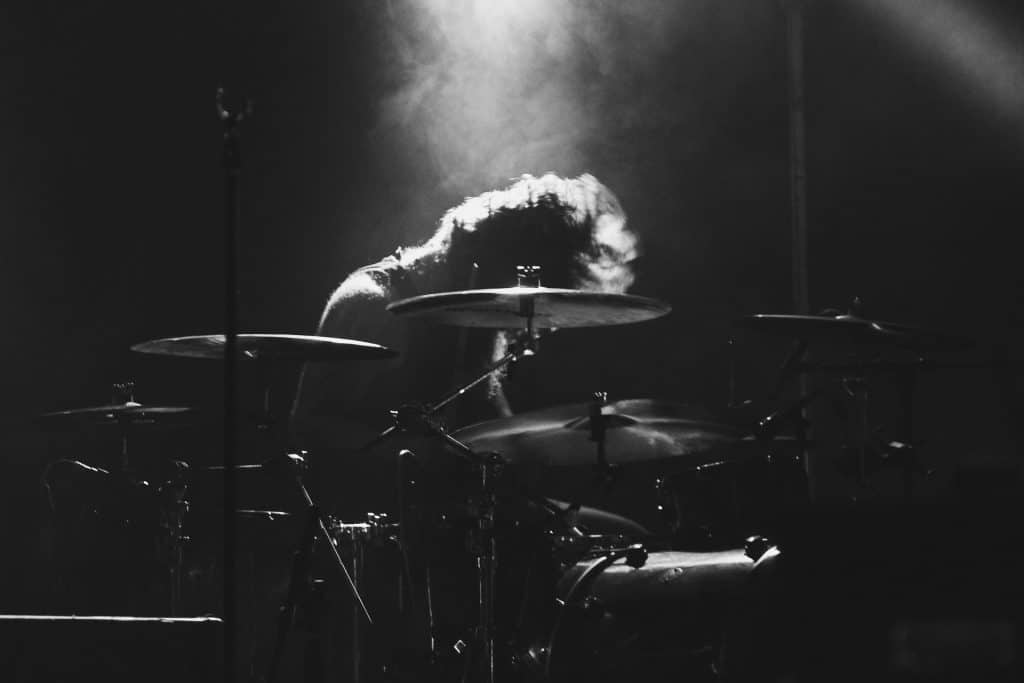 How is it that drummers can seemingly blaze around the kit with a flurry of triplets? We've all seen drummers that know how to just tear the drum kit apart with their technique, so what is the secret?

It's actually not as difficult to do as you may think—and the reasons to learn these techniques are numerous.

Whenever I'm ending a show I love to just rip the drums apart, bombastically machine-gunning the toms and cymbals with the energy of the crowd cheering me on. It's an awesome feeling.

Fortunately, you really only need to learn a couple of patterns and you can already start ripping around the drums. These patterns will start simple, but then get much more complicated!

Let's check some out. For these exercises I'm assuming you have a snare drum, and a high and low tom (you really don't need anything else to learn to unleash the fury around the drums).

You can do A LOT with single-stroke triplets. You could write a whole drum solo with then.

These are exactly what you'd think. They are simple alternating triplets that take 6 notes to cycle around.

They look and sound like this on the snare drum:

So how do we take these triplets around the drums? The trick here is to experiment with note placement, this means experimenting with the orchestration of these notes.

Let's put the first note of each triplet on the low and high tom, respectively. That will sound like this:

Notice that we didn't change the sticking at all. We start with the low tom because our right hand is closest to it, and same deal with the left hand and the high tom.

Moreover, even just getting this pattern played fast and evenly will already impress many people.

Let's try some other orchestrational patterns with this sticking. Try putting two toms at the beginning two notes of the triplet and leaving all the rest of the notes on the snare drum.

Make sure you don't get confused that this is a six-note pattern. Many of my students play the first two notes and want to put the pattern in 4/4 (and play eight notes instead of six).

(Note: Go ahead and play with the tempo to hear how the pattern sounds slow and fast).

At a fast tempo, this pattern already feels like we are tearing across the drums, and doing so in a musical fashion!

However, don't forget to practice this slow and work it up, we want these notes to be smooth, not rough and out of time.

Now the last step for me, if these are new patterns for you, would be to take these three and create a drum solo out of them. So start with the very first pattern on the snare drum I showed you:

Then add that in the middle of the other patterns. Here's an example of a drum solo I've created with these exercises.

Try to create your own!

Moving around the drums with other stick combinations

The single stroke is very powerful in triplets, but there are also many other stick combinations that are great for moving around the drums.

In keeping with the theme of starting with the right hand (as most people are right-handed), let's try the three-note pattern: Right, Left, Left.

On the snare drum, this sounds virtually the same as the single strokes. However, this sticking allows us to do some really cool things much simpler than with single strokes.

Let's explore how it sounds to put each right hand on a different drum. So we'll start with the snare drum, then the high tom, then the low tom. All the left hands are still on the snare drum.

Very cool. However, let's put this in 4/4 so it feels a little more natural. We will add an extra triplet starting with the floor tom.

Okay, practice this well since this will be the basis of the next exercises we do with this sticking.

As of now we've kept the left hand on the snare drum, which is fine but let's experiment moving it to the other drums.

So we will keep our right hand doing the same pattern.

Although this will feel complicated at first, some practice will make this pattern manageable and sound really cool!

Now feel free to combine these different patterns and make your own solo! Here is a solo that I created.

The last pattern I want to leave with you is a variation of the pattern we just learned. It is the same pattern (RLL), however instead of starting on the right hand we will start on the left hand, and THAT will be the first note of the triplet.

The advantage of using this pattern is that the pattern sounds like we are accenting the last note of the triplet, which is a really cool sound.

For example, let's alternate putting the left hand on the tom. So for the first triplet the left hands are on the snare drum, and on the second triplet, the tom.

Starting with two left hands may feel awkward at first, but once you start to hear the groove it won't be as challenging.

We can use this same exercise to move around the whole drum kit. Let's hear how that sounds.

Triplets are our friend

It is no secret that triplets are my favorite rudiment. They are so groovy and versatile. In most musical situations, triplets will be welcomed and seen as a groovy addition to your playing.

The cool thing about triplets is that there are so many ways you can manipulate them do give them their own unique sound.

Here is a PDF of what we've just gone over so that you can practice them offline.