‘I Felt Broken and Needed to Be Mended,' Says KeiyaA 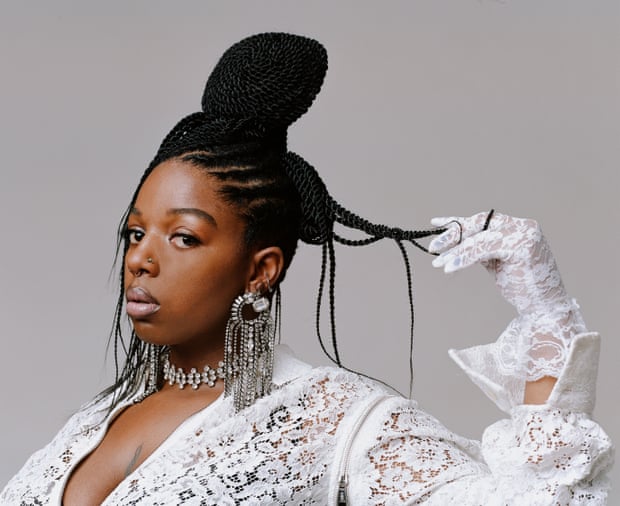 KeiyaA didn't have internet connectivity on her phone when she released her first album Forever, Ya Girl on Bandcamp in March 2020, so she had to walk downstairs to connect to the local video store's wifi to post about the release on her Instagram. " All I remember is letting hours pass and then returning downstairs to find hundreds of likes.

"I've never gotten thousands of likes in my life," says the experimental instrumentalist, vocalist, and producer based in Brooklyn.

This week, KeyiaA is touring Europe for the first time, including six shows in the UK, but despite the popularity, she says that releasing an album during the early days of a pandemic has been "bittersweet and hella confusing." "Like everyone else, I'm still just a regular person."

As a result, I've been coping with the shock and bewilderment. The continual alterations. Uncertainty about what will happen next. "I'm an anxious person already," she says via Zoom.

There is a silver lining to everything. "This is the first time I've worked as a professional musician. I've been learning the ropes and cutting my teeth, and I'm so fucking thrilled that this is my life."

Forever, Ya Girl is a beautiful, thoughtful mix of R&B tunes that is smooth but knotted. Missy Elliot, Timbaland, Brandy, and Darkchild are among her influences; "I am really obsessed with In Utero by Nirvana and that style of writing," she adds. I Thought There Was One Wound in This House, There Are Two, the album's opening track, starts with the lyric "Why won't you love me?" and sets the tone for a ponderous album that swings around themes of misery, loneliness, and spirituality.

"A lot of what I was feeling when I was writing that music was like I was broken and needed to be fixed." But I was also aware that I wasn't really broken. I'm in excruciating agony and sorrow.

I believe some of it is my fault. Some of it, I believe, is the fault of others. I believe that some of it is a systemic issue. In any case, we've got to work it out." "Maybe there's a greater battle going on than what we're experiencing in the physical present," she said when she first got to New York, "black and relatively poor."

The record is built on their life events. "I'm a big fan of double entendres and things with numerous meanings. My love problems, or sex problems, seem to be related to my financial problems." People have informed her that her songs have synthesised their sentiments in a manner they couldn't explain before; that the record has healed them, helped them through the epidemic, and kept them alive during difficult times.

KeiyaA was born Chakeiya Richmond in Chicago in 1992, and grew up with a Casio keyboard-wielding grandmother: "I just remember being relentless in my pursuit of learning songs." She remembers Chicago having strong arts support, and she was usually in a music class.

"I was just going through the motions, but I had a really enthusiastic band director who told me, 'You have potential.'" And it would please my mother since it would imply that I would be monitored for a long period while she was at work."

When she relocated to New York six years ago and accepted a desk job at a start-up ticketing company, she had a tremendous awakening. "I used to be a professional." I was being paid, but I was also doing gigs at night. That's when I realized, "This is who I was meant to be."

Forever, Ya Girl demonstrates KeiyaA's abilities as a multi-instrumentalist as well as a writer: "The primary instrument that I've studied the most is saxophone." I also play a few other woodwinds and a little clarinet. "I play piano primarily for the purpose of writing songs," she explains humbly.

She also sampled, played keys and synthesisers, and performed some physical drums for the CD. I wonder when she knows a song is finished since she has such a hand in every part of her music. "There is no such thing as a finished song."

I like improvising and playing music because it allows me to reorganize my thoughts. "There's room for the song to evolve." "Because there are other musicians on the road, they're having their own conversation with the song," he says.

She wondered whether going on tour in the midst of a pandemic that hadn't yet subsided was a terrible idea. "Thankfully, I've had artist friends to talk to – we're all going through this." I was dealing with a lot of shame and worry at first.

I'm now letting myself to relax and enjoy the thrilling portions." She plans to "take some time to work on new music and recentre and ground myself" after the tour. What else does she have planned for her future? “Sleep!”

Thanks to Kadish Morris at The Guardian whose reporting provided the original basis for this story.