I Got a Rare Cancer: I Was in a Band 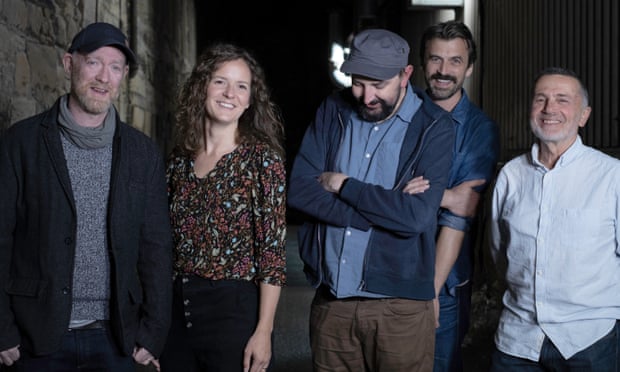 It was a beautiful bright day in Glasgow on June 25, 2019. I had a good time packing bags with my wife, Jackie, this morning. I was a screenplay writer by day and a songwriter with the Sweetheart Revue, an Americana band that had been going for 14 years.

For the first time in my shaky freelancing career, I had money in the bank, a full six months' worth of work booked, and we were leaving the following day for a special-occasion vacation in Portugal with the kids. I'd never felt so lucky in my life.

We took our beloved, neurotic mongrel Pepper for a stroll along the Kelvin River after lunch. That's when the phone rang. Since Christmas, I'd been suffering from daily headaches.

My doctor couldn't explain them, but he was certain they weren't severe. Just when the headaches appeared to be decreasing, I got a CT brain scan. Oh, the irony, I pondered.

A quietly spoken physician informed us as we went into Kelvingrove Park that there were shadows on my scan and that I needed to come in for an MRI the following week, when we were supposed to be in Portugal. He said that the shadows may be indications of a mini-stroke.

At the very least, it's not a tumor, we reasoned, a little frightened.

I got my MRI scan in the "bad news machine," as I would later refer to it. It revealed a large tumor in the neck region of my spinal cord, a hazy stripe of milky "diffuse" nasty things down the remainder of my spine, and many spots - tumors – in my brain. "Come back, mini-stroke," I reasoned, "and everything will be forgiven."

I was just getting accustomed to being 45 years old when I realized I was much too young to die. Jackie wept, but I didn't.

We returned home after the worst day in history and practically hid beneath the blankets. "I'm terrified," Jackie said. "It's the same for me," I said.

Then came a deluge of terrible news. Defiant tiny spots of optimism were wiped away one consultation at a time over the course of weeks and months.

My left arm, which had begun to deteriorate before to diagnosis, became completely useless. It was no longer possible for me to play the guitar.

It came out that I had a diffuse leptomeningeal glioneuronal tumor, a super-rare disease that was just discovered in 2016 and affects nearly exclusively youngsters. My being an adult made mine super-rare, which was very me, according to pals.

I felt astronomically unfortunate as a godless rationalist.

For the first time, my doctor gave me a prognosis on Christmas Eve of 2019. Even though it was never going to be good news, hearing the phrase "months to a year" was hypnotic. According to a grief counselor, being honest and upfront with our children is critical, and it already seems natural.

It was heartbreaking to see the finest kids in the world cry and collapse, but we've never regretted it. It felt good to be free. Finally, we were all on the same page, even if it was a sad page, and we were all together.

Maybe I wasn't as unlucky as I thought?

My band, the Sweetheart Revue, used to move so slowly and in such obscurity that I contemplated putting it quits on a regular basis. Then I realized that being a part of it was an enormous honor.

We'd formed a close-knit group. Our sessions usually start with everyone whining and gossiping, followed by a gradual lift-off, with each of us forgetting about our problems as we become immersed in creating music.

It's a kind of mindfulness or therapy, and it's a priceless getaway.

The band became an important element of my support system while I battled cancer. My primary emphasis shifted to the creation of a new record.

The first half was supposed to be made up of songs I'd previously composed. My new world would be the focus of the second part.

Optimistic, the first new song, was supposed to be about the torture of being urged to "stay positive" in the face of insurmountable obstacles... However, it evolved into a candid, episodic narrative of that action-packed first year of living with the enemy inside:

So it seems that the situation is becoming more dire.

But, despite the ashes of our aspirations, I'm maintaining my composure.

Either I'm very courageous, or the amitriptyline is to blame.

That makes me feel a little better.

Some of the songs were easy to write, while others required a lot of rewriting. Positive was simple to begin, but hard to finish. Recording was difficult due to lockdown, as was beginning radiation on the morning of our first session, but it was still a pleasure.

I felt less of a control freak and (hopefully) more pleasant to deal with than usual, more open to fresh ideas and happy accidents.

During this period, I had a regular habit of waking up about 3 a.m. with excruciating pain in my neck and shoulders. I'd take two dihydrocodeine, go into the living room, and vape some "medcreational" marijuana.

The neck pain made putting on my headphones a pain, but it was worth it when I could listen to the incredible playlist of songs that friends had put together for me: Charles Watson's Now That I'm a River, Tomemitsu's In Dreams, and Klaus Johann Grobe's Ich bin nicht der Grund quickly became favorites. Gently dancing to the music helped me relax, and each song brought back memories of great friends, concerts, and huge nights out.

I was nearly dancing after half an hour.

Thankfully, the nocturnal discomfort has passed, but I find myself strangely wistful for those hours spent bopping about in the middle of the night, alone but not really. Meanwhile, due to radiation, my left arm has come back to life.

I was almost able to pick up the guitar again. My long-term chances haven't altered much, but having my arm back felt amazing. It was the first good news since everything began. Positive has finally reached the end of its song.

They gave me months to a year, and I attempted to return it as soon as possible.

After that, I performed fairly well in the face of a radio assault.

Ask me how I'm doing, and I'll tell you the truth.

That I'm in a good mood.

Thanks to Gerard Sampaio at The Guardian whose reporting provided the original basis for this story.