Insane Hyperpop Hedonism to Purge the Anguish of Confinement 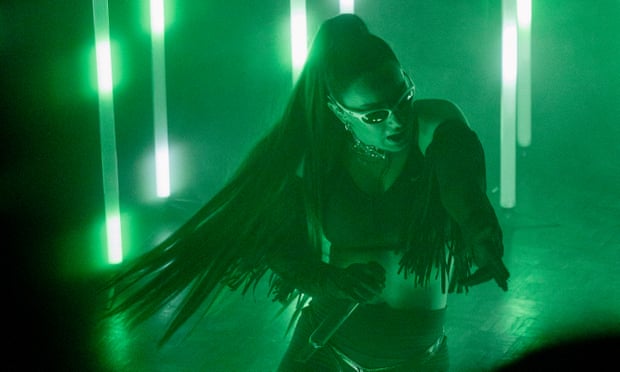 While the rest of the world was watching Tiger King or making bread during the first apparently endless lockdown in 2020, British pop maverick Charli XCX composed, recorded, and released a whole album. How I'm Feeling Now, a joint effort with her fans, condensed the boredom, anger, loss, thankfulness, and frenzy of the time into frenzied club-pop that provided escape and contemplation when they were most needed.

Charli's first post-lockdown UK gig focuses on the album. The 29-year-old rarely stops moving throughout a rocket-paced performance, arriving on stage dressed as if she's leading a Matrix-themed aerobics class — in sunglasses, a black floor-length linked jacket, combat boots, cycling shorts, and a cropped black sweater with "GAY" scrawled on it.

Starting with Visions, the upbeat conclusion from How I'm Feeling Now, Charli blasts through the first three songs in a hedonistic frenzy that primes the audience for Anthems, an industrial hyperpop explosion that generates a mosh pit. She yells to others on the higher level, "Just because you're on the balcony, doesn't mean you're not in it," before writhing about like a kid at a party after too much candy.

The enthusiasm is maintained throughout the show, with Charli and her followers encouraging each other over Pink Diamond's wild synthesizers and lyrics and C2.0's scratching electronics. This raucous environment leaves little room for sentimentality: stage banter is kept to a minimal, and the constant use of live Auto-Tune blurs the borders between her vocals and the backing track, removing any rawness from her voice on the more thoughtful times, such as during the somber Enemy.

Emotional outbursts, on the other hand, are certainly not the goal. Instead, the emphasis is on partying to exorcise the anguish of the previous 19 months, as seen by Charli's encore, which begins with Frankenstein pounding Vroom Vroom, leading the audience to fling themselves with wild abandon.

This concert may not be the end of the epidemic, but it does seem like a joyous and emotional send-off to an age of Covid-enforced constraint, all produced by one of pop's most daring auteurs.

Thanks to Alim Kheraj at The Guardian whose reporting provided the original basis for this story.