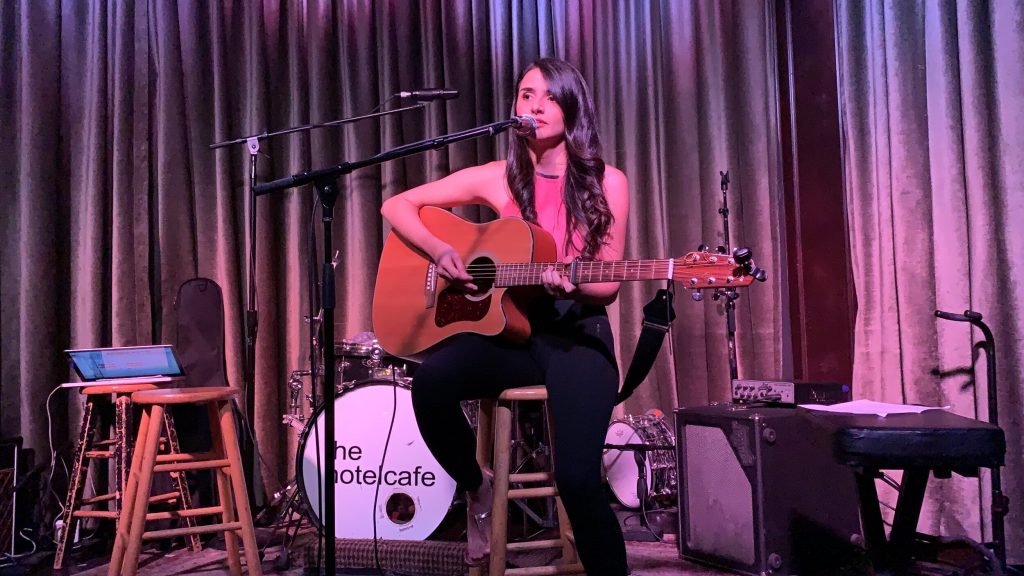 Leah Khambata is a highly successful actress and singer-songwriter who has recently returned to playing live shows following pandemic restrictions on live events.

Even during the height of the pandemic, Khambata never stopped writing new songs, and in fact, she even started her own virtual concert series on Instagram, which gave her a way to connect with audiences and other musicians and artists during a time when human connection was in short supply.

As for some of her more recent music releases, Khambata's single "Calling You Home" received a write-up on Rolling Stone. If you'd like to hear more of her music, check out Khambata's Spotify page or search for her on any major music streaming service.

In addition to her music career, Khambata is also a professional actress who has appeared in multiple short films and Off-Broadways plays. She's also been featured in an upcoming series that we can't share details on quite yet.

In this interview with Khambata, we tried to cover her core musical inspirations and influences as well as her feelings on returning to live performances.

To learn more about Khambata's work, just follow any of the links we've included here.

Jam Addict (JA): When did you first start writing songs? How long was it before you started recording some of your original songs?

Leah Khambata (LK): I started learning the piano at age eight and then switched over to the acoustic guitar at fourteen. I used to be obsessed with the TV show American Idol at the time, and that was the first year they allowed the contestants to play with instruments.

I remember seeing this one contestant, Brooke, who played the guitar while singing and something about it just really struck me. Seeing a girl up on stage with her guitar. And soon after, I came across Taylor Swift’s music and that’s what inspired me to start writing my own songs. She wrote so earnestly about love and heartbreak and I really admired that.

The first song I ever wrote was called “Between You and Me.” I recorded it a year later at a friend’s studio, but at the time there was no concept of independently releasing your own music so I just shared it on social media and submitted the music with some college applications. Perhaps I will re-record and release it someday! 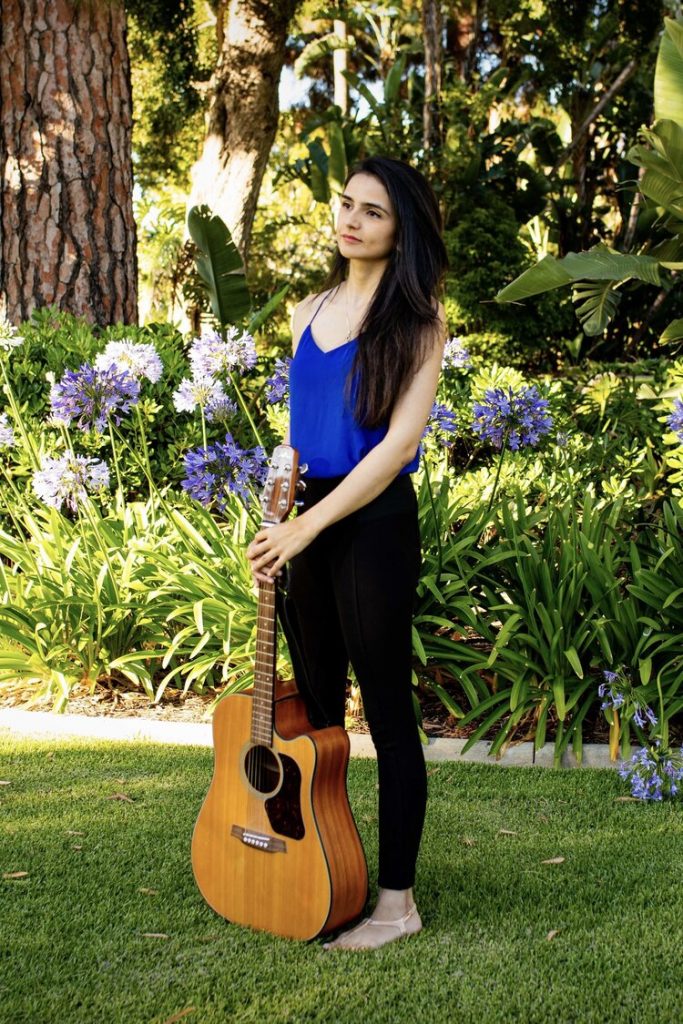 JA: Can you tell us about some of your most important musical influences?

LK: I really like Ed Sheeran’s music. Many of his melodies have this bittersweet feeling to them which really tug on your heartstrings and make you feel more connected to your own heart. I listen to a lot of John Mayer, too, because his lyrics are so real and relatable. He captures these in-between moments which we all go through but don’t really know how to vocalize and he does it so well. Not to mention his insanely good guitar skills! Coldplay, too, love their melodies!

JA: Have you enjoyed returning to live performances after the height of the pandemic?

LK: I think I got so used to performing in front of a screen that the first time I performed in person again. I felt quite anxious! But I’m getting used to them again and there’s nothing like an in-person crowd at the end of the day.

JA: How did 'Calling You Home' come about? What was the inspiration behind this song?

LK: So I actually wrote it in April 2020 but just didn’t get the chance to properly record it until recently due to the pandemic. The pandemic was hard for everyone in so many ways, one of which was not being able to see the people we love for over a year.

I remember sitting on my floor playing around with my guitar and I found this chord progression I really liked so I started with that and then the words sort of just came to me as I was thinking about the separation. When I wrote this song, it had only been two months of lockdown. Little did I know that that separation for everyone would last for over a year!

But with that alone time came a lot of introspecting about my own emotional journey and progress, too. I’m someone who tries to be very open with my feelings and that’s what I try to do with all my songs: self-reflect and share earnestly from the heart.

JA: Do you often collaborate with other musicians, producers, etc.?

LK: Yes, in fact, I co-wrote a song with singer-songwriter Natania Lalwani a few years ago called “Never Here Never There” for a short film called "(t)here" that I wrote, produced, and acted in. And during the pandemic, I started this Instagram concert series called “Sofa Sounds” where I gave Insta live shows with many talented musicians.

When I was living in LA, I also performed regularly with music producer/musician, Farrokh Shroff, a.k.a. F.N.S., at venues including The Hotel Café and The Study, and in Mumbai, I used to perform with musician/sound mixer Aresh Banaji. I’ve also collaborated for my original songs with music producers like Brandon Belsky, Matt Ferree, Dreux, and Rahul Popawala who were all so great to work with!

JA: Do you have any upcoming singles we can look forward to?

LK: Yes, I’ll be releasing two other singles: "Closing the Browser on You" and "Something to Do with You" in the next couple of months. I’ve actually put up an acoustic verse of each on Instagram as a bit of a teaser.

JA: You're also a successful actor. Do you ever have difficulty switching between acting and songwriting/recording? Is there an overlap between the two?

LK: During the pandemic, all film shoots came to a halt so I found myself naturally focusing more on my music because composing was something I could do on my own in my room, and I ended up writing a lot of songs while also giving online shows.

Whenever I can, I love combining film and music, which is what I did in the short film "(t)here" that I mentioned earlier, because I co-wrote the song with my film’s character in mind as well. I would love to play the role of a singer/songwriter in a film or series in the future, kind of like Keira Knightley’s role in "Begin Again." 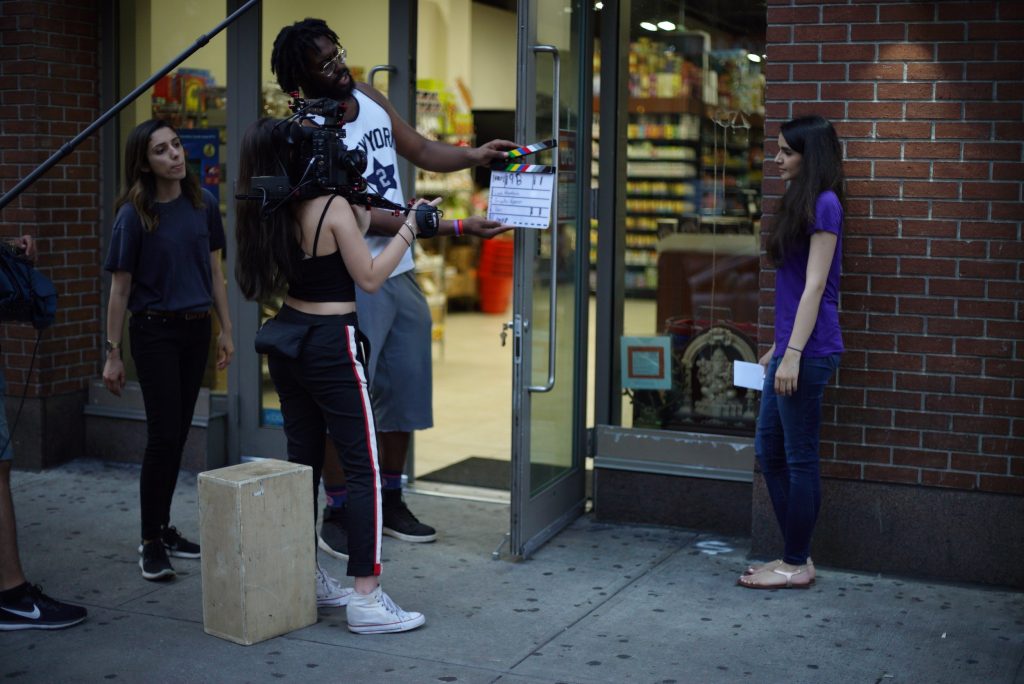