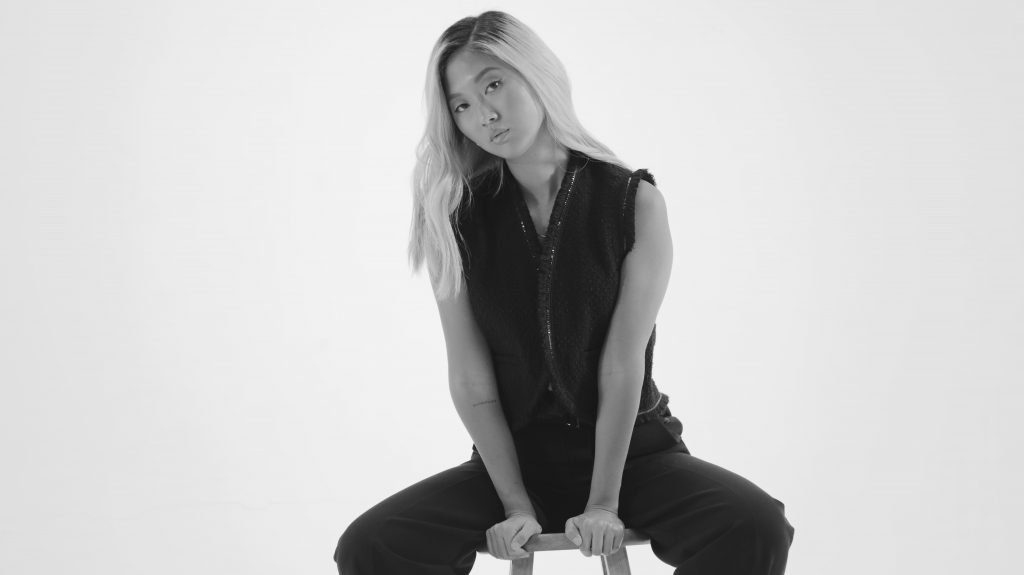 Music has a long history of contributing in some way to major social movements, and on a smaller scale, music can help listeners cope with difficult times and find strength through their favorite songs and artists.

But it's rare that the professionals working with musicians behind the scenes recognize this potential for positive social impact.

Paula Park, however, has always known that there were countless opportunities for artists and their music to make things better, even if only in a small way.

Park has found innovative and interesting ways to integrate positive social impact with her music industry work, including putting on pop-up shows that benefit nonprofits and having artists bring further awareness to organizations and causes they're genuinely passionate about.

Park's background is impressive, as she has worked in many different aspects of the music industry, supporting artists as an accounts executive, copyright analyst, artist development consultant, and marketing manager.

She has worked directly with Scooter Braun, Music Reports, Universal Music Brazil, and she is currently working with big-name recording artists like Lucy Park and Benjamin Carter.

You'll find our full interview with Park below.

Jam Addict (JA): You've mentioned your passion for social impact. Can you describe the relationship between music and social impact?

Paula Park (PP): There is so much to this, but to put it simply: in my opinion, social impact is driven and triggered by an intense emotional connection, and I really believe music and artists are key players in creating that effect.

For instance, try to think about a major social movement that isn’t accompanied by artists/music at the center of it all. I think music is uniquely efficient in carrying out a message whilst creating and deepening an emotional connection. It can inspire thought, trigger action, influence behavior, and thus, shape culture.

And as such, it is a powerful protest, advocacy, and social advancement tool. On top of that, in today’s digital age, the power of music is even greater as the artist-audience relationship adds another dimension to its potential social/cultural influence. I truly believe that artists are this generation’s ultimate influencers.

There’s an unmatched level of proximity, aspiration, and trust that fans have towards their favorite artists. And this aspirational aspect of artists combined with the emotional connection their music creates enables them to influence their audiences in a much more effective and continuous way than most leaders and activists.

All of this provides an immense opportunity for artists to utilize their craft and/or their platform to advocate for things they are passionate about and to call on social engagement like never before.

JA: When did you first start to acknowledge this connection?

PP: This is going to sound super cheesy, but I remember coming across “We are the World” on the internet when I was a kid, which is probably the most straightforward example someone could give of music and social impact working together.

But that was in fact probably the first time I saw artists collaborating to fundraise money for a very specific cause. Soon after, as a teenager, in my history classes, I learned more about how music helped lead changes in the world. I learned about the Civil Rights movement, the hippie movement here in the US, and about Brazilian artists who had to live in exile for years while Brazil was under a dictatorship regime because they were politically vocal.

I remember constantly reflecting on the weight and power that music has had throughout history and thinking it was the coolest thing ever. I was absolutely fascinated by artists like Sam Cooke and Chico Buarque.

JA: How has this passion for social impact played a role in your work?

PP: To be honest, I always thought social impact and my career were going to be two separate worlds. Ever since I was 13, I started fundraising for causes and volunteering at nonprofits, yet I never found a way to integrate it into my work.

It wasn’t until I interned at Scooter Braun Projects, and then got to briefly assist on social impact projects under Shauna Nep that I saw these worlds colliding. It was one of those brain-exploding moments for sure.

One of the million things under Shauna’s department is to find philanthropic opportunities for artists on tour. This allows artists to expose their millions of fans to causes/issues that might have been flying under their radar and have a high call to action conversion.

For the past four years, I’ve worked with emerging and established artists at big companies and small startups in various departments. As a young professional in this industry, I have tried to take on as many opportunities as possible, and I am happy I got to explore different sectors of the industry.

But a shift happened recently. I feel like the experimental phase is over, and I am now more confident about my place in this industry. So I started being a lot more selective about the projects I get involved in. Being passionate about giving back and making this world better, being kind and empathetic, socially-driven and purpose-filled are game-changers for me.

This is because, at the end of the day, I am the person who will try to tie in a nonprofit partnership to any given project, and I want everybody’s heart to be in it, too. Creating a mission-driven project that speaks to my artists’ passion is 100% my favorite thing to do on the planet.

Propelling their careers whilst raising awareness, giving back, and putting amazing creative projects out there is truly what I want my legacy to be.

JA: Have you gotten to work with artists who share this passion?

PP: Yes, it took a while for me to find them, but thankfully, all the artists I currently work with share this passion. I will shout out two artists that have been openly active in the social impact space: Benjamin Carter and Lucy Park.

Ben is one of those artists who really deeply cares. He always welcomes social impact project ideas and takes initiative himself. His latest merch line was called “Inspired by Strong Black Women” and part of the proceeds went to benefit a nonprofit founded by two black women, called “STRETCH for Women” that advocates for mental health and gives away one month of free therapy sessions to women.

Another artist I am honored to work with is Lucy Park. As part of the After Dinner Records crew, Lucy headlined a series of summer pop-up concerts that benefited both Oxygen for India and the Red Cross this past summer.

JA: Do you think music has played an important role during the pandemic?

PP: Oh yes. At least for me, listening to music was instrumental in aiding my mental health and my ability to process how challenging things got during the pandemic.

Music got me through moments of feeling isolated, of hopelessness, of feeling like I hit rock bottom, of laziness to complete yet another one of those boring home workouts, and also of joy and memorable romantic dinners at home. And as the soundtrack to the most complicated year of my life, it helped move everything along.

JA: What has been one of the most inspiring projects you've worked on?

PP: The most inspiring project I have ever worked on was a short documentary called “Mud Refugees”. The project aimed to raise awareness and money to help victims of this environmental disaster that happened in Brazil: a mining dam collapsed, generating this tsunami of toxic mud that traveled for over 400 miles and buried three entire villages.

Through this project, we successfully raised enough money to cover basic expenses like utilities and food for all of the five main characters for the duration of one year. This whole project came about because I was approached to co-produce a song honoring the victims of this disaster, back when I was still running a music collective called Mais55.

During the production of the song, I felt so impacted by everything I had learned, I knew I had to help these people somehow. As I met with these victims, it was clear that they feared being silenced and forgotten. So “Mud Refugees” came about with the intention to raise awareness and provide them with a platform to use their voices and share their stories, though it ended up doing so much more than that. It's crazy to see how one musical project enabled so much change, even if it was just on a local level.

JA: Can you tell us about some of your current projects?

PP: There is a lot I can’t share because it would ruin my artists’ release plans and surprises, as we are all working on projects for 2022. But I will say that Benjamin Carter, Mirella Costa, Lucee, and Lucy Park are all about to release amazing projects, so stay tuned and go follow them or check them out if you haven’t yet!

Aside from that, I am working on a project that consists of monthly live stream benefit concerts to be launched in mid-2022.