Josephine Baker: A Timely Addition to the Panthéon 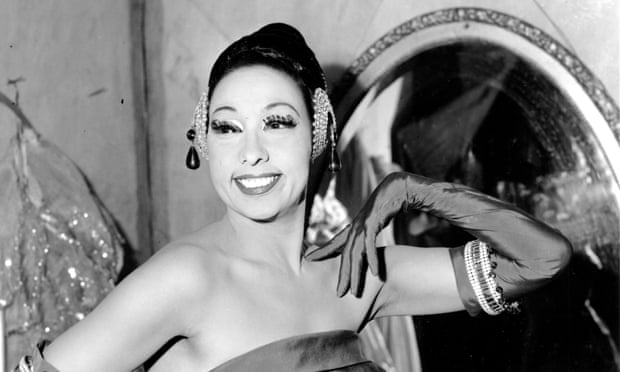 A mournful inscription reads, "To Great Men From a Grateful Nation," above the portico columns of the Panthéon in Paris, which was constructed the year following the assault of the Bastille. From Jean-Jacques Rousseau to Jean Moulin, the magnificent monument has been the resting place of masculine heroes of the French country for well over 200 years.

On Tuesday, though, they will be joined by a black female dancer, singer, and civil rights activist from Missouri who has dedicated her life to breaking down social boundaries.

As currents of xenophobia stream through the French body politic ahead of next spring's presidential election, Emmanuel Macron's opportune decision to give access to Josephine Baker holds a profound significance. Éric Zemmour, a far-right television commentator and novelist, is poised to formally launch his candidacy next month after having an early lead in the polls.

Mr. Zemmour's heinous advocacy of racial exclusivism has swayed the mainstream French right and is disturbingly affecting the electoral campaign. Baker, who escaped segregated America for France in the 1920s, is being honored in the Élysée as a symbol of a more generous, inclusive France.

The Panthéon's acceptance of the first black lady also provides an occasion to reflect on one of the twentieth century's most outstanding characters.

Baker's charm and flair made her a sensation in Paris after she earned her career as a vaudeville dancer in New York. Baker took advantage of liberties not accessible in the United States at a period when French colonization was fostering a fascination with black art and culture.

She was considered the most paid and most photographed lady in the world within two years after landing in France in 1925. Her meteoric success was largely accomplished on her own terms: on stage at the Folies Bergère, she defied ethnic and sexual prejudices, converted Parisians to jazz, and never hid her orientation.

Baker risked her life fighting for the resistance during WWII, slipping papers between music sheets and using her celebrity to open doors and get access to information, after becoming a French citizen in 1937. She was the only woman to speak beside Martin Luther King at the March on Washington after the war.

She returned to France and focused her efforts on building a "rainbow" family of 12 adopted orphans of various ethnic backgrounds. "Racial hatred is not natural," she hoped their lives would illustrate. It's a man-made invention."

Baker's admission to the Panthéon was announced by the Élysée, who described her as a "resistance fighter and indefatigable anti-racist" who "was in all the struggles which united people of goodwill in France and throughout the world." When it comes to multiculturalism and diversity, Mr. Macron hasn't always sounded the proper pitch.

This is clever politics, as he wants to galvanize liberal feeling at a time when rightwing presidential contenders are asking for a ban on non-EU immigration. It's also a fitting tribute to a brave and inspirational French citizen who was possibly as influential in the history of black emancipation as Muhammad Ali.

Thanks to Josephine Baker at The Guardian whose reporting provided the original basis for this story.