Louis Armstrong and the CIA: A "Trojan Horse" in Congo 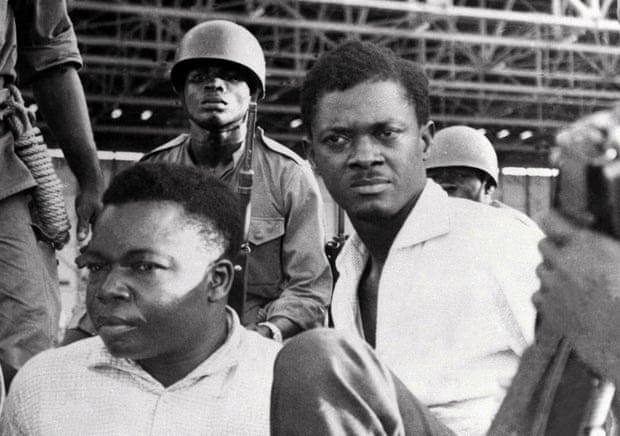 It was a remarkable evening: Louis Armstrong, his wife, and a US embassy official went out to supper in what was still Léopoldville, the newly independent Congo's capital.

The trumpeter, vocalist, and band leader, known as Satchmo as a kid, was in the midst of a months-long tour of Africa, organized and funded by the US State Department in an effort to enhance the US image in dozens of nations that had just gained independence from colonial governments.

What Armstrong didn't realize was that his host that night in November 1960 was the director of the CIA in Congo, not the political attaché as stated. He was also completely ignorant of how his celebrity had enabled the spy making small conversation across the table to get vital information that would aid some of the most contentious operations of the Cold War.

“Armstrong was essentially a CIA Trojan horse. It's a sad situation. He was lured in to serve a cause that was diametrically opposed to his own sense of good and evil.

Susan Williams, a research fellow at London University's School of Advanced Study and author of White Malice, a new book on the CIA's activities in Central and West Africa in the 1950s and early 1960s, said, "He would have been horrified."

CIA station chief Larry Devlin and other US intelligence officers stationed in Congo used the cover of the Armstrongs' visit to gain access to the strategically important and very wealthy province of Katanga, which had recently seceded, according to documents discovered by Williams in the UN archives during five years of research. Despite being sympathetic to the province's leader's goal, the US has not recognized the province's self-proclaimed government.

The CIA was interested in a variety of things in Katanga, from high-ranking individuals they wouldn't normally meet to vital mining infrastructure, including 1,500 tons of uranium and the possibility to get much more. Armstrong's trip to Katanga provided the ideal chance, so Devlin and others traveled down with the singer and his renowned band from the capital.

“They needed a cover, and this provided it,” Williams added.

There was something more Armstrong didn't know, despite the fact that he had canceled a similar trip to the Soviet Union three years before in protest of racism in the United States. The CIA in the Congo, headed by Devlin, was attempting to assassinate Patrice Lumumba, the Congo's first democratically elected prime minister, for fear that he would take the nation into the Soviet camp.

Historians now think that the nationalist leader desired for his country to stay neutral throughout the Cold War.

The charismatic Lumumba was being held captive in his official residence by soldiers loyal to Joseph-Désiré Mobutu, the young military chief with a close working relationship with the CIA, who had effectively seized power a few weeks earlier, just a mile or so from where Armstrong and Devlin had dined.

Lumumba was assassinated in Katanga by authorities from the breakaway province and Belgian police officers only two months after Armstrong's tour ended. Mobutu would go on to cement his power in Congo and become a staunch US ally.

Devlin subsequently claimed the CIA was to blame, telling a US congressional inquiry that "the coup of Mobutu... was arranged, supported, and indeed managed by the CIA."

Lumumba's assassination would go down in history as one of the most notorious events of the Cold War, causing worldwide anger. The CIA has consistently denied participation in the coup, while admitting blame for it.

Devlin told a federal investigation in the United States in 1975 that the CIA had been attempting to kill the nationalist leader for months but had stopped well before the actual assassination.

Williams, on the other hand, discovered information that throws doubt on Devlin's credibility. The CIA station commander dispatched an operative known as WI/ROGUE to Thysville, the town where Lumumba was imprisoned in the weeks before his murder, according to recently disclosed US papers, even though the agency claimed to have abandoned all interest in the potential assassination of the popular leader.

“We can't say what WI/ROGUE did in Thysville, but it certainly casts doubt on Devlin's reliability,” Williams said.

Soon after its founding in 1947, the CIA began establishing a network of agents, hired assistants, collaborators, and customers throughout Africa, expanding on work done during WWII. Trade union leaders, businesspeople, cultural and educational organizations, companies, and even airlines were all part of this enormous network by 1960.

The agency would be involved in some of the most important post-colonial events on the continent.

A tip from a CIA spy to authorities of South Africa's racist, oppressive apartheid government may have led to Nelson Mandela's detention and 27-year incarceration in 1962, and the agency has also been accused for the military coup that overthrew Ghana's first president, Kwame Nkrumah, in 1966.

“The tragedy is that Nkrumah and Lumumba, as well as a number of other African leaders mentioned in the book, were not anti-American. They desired good ties with the United States, but Washington saw them as adversaries since they were not hostile to the Soviets.

“The attitude was ‘either you're with us or you're against us,'” Williams said.

Armstrong, who was 59 at the time of his trip to Congo, was inspired by his experiences there to write The Real Ambassadors, a musical that was performed and turned into an album. It expressed some of his own mixed feelings regarding his involvement in US government public relations operations on the continent.

Thanks to Jason Burke at The Guardian whose reporting provided the original basis for this story.