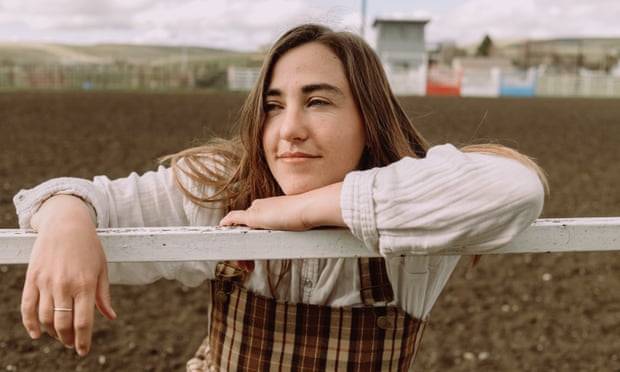 Californian by birth, Oregonian by choice Margo Cilker has spent years honing her story-songs on the road, touring throughout the United States and the Basque Country of Spain, where she created a covers band and sang songs by Creedence Clearwater Revival, Bob Dylan, and Neil Young. "You have to face your fears," she says, "and I'm afraid of working a 9-5."

That background, combined with her admiration for Woody Guthrie ("a true compadre"), Gillian Welch, and Lucinda Williams, shines through on her debut album, Pohorylle, which was released last week: the classic structure of songs like the ambling Kevin Johnson, with its rinky-dink piano, or the grandly weary Chester's, a not-drinking song in which she observes the cautionary tales at the bar, feels instantly familiar.

But there's also a restless wanderlust: Pohorylle explores connections between Basque culture and Cilker's native west coast through wistful expanses like That River and honkytonk thigh-slappers like Tehachapi, driven by a band that includes former collaborators of the Decemberists, Son Volt, Joanna Newsom, and Beirut, with Cilker's sister Sarah on harmonies.

It's the kind of album that quickly becomes a close buddy; it's as honest and fresh as it is pleasant and welcoming: On the sarcastic Brother, Taxman, Preacher, she declares, "I could tell you who to vote for, who to pity, and who to fuck." We're willing to go along for the ride if she wants to tell us anything she wants.

Thanks to Emily Mackay at The Guardian whose reporting provided the original basis for this story.