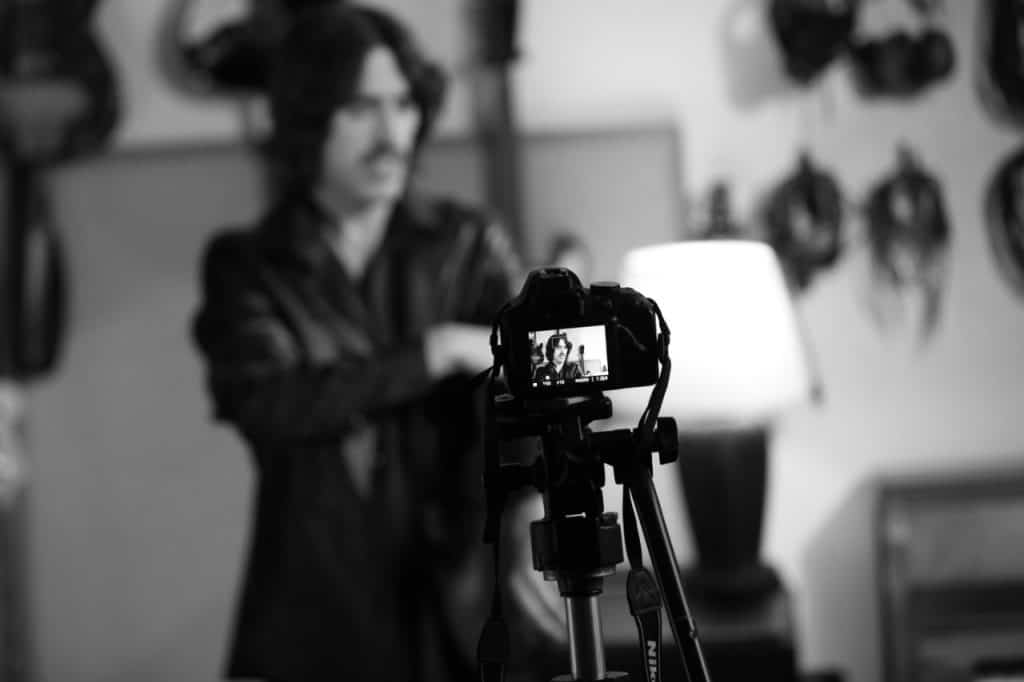 Melanie Escombe has been a professional concert photographer for years now, having captured concerts both for publications and on a freelance basis.

For her, it all comes from an undying love of music that made itself known early on in her life, and that love hasn't gone away ever since.

Escombe has photographed top rock, pop, and comedy acts in the past, but later she would start to become more involved with music directly, helping to create album artwork, organizing benefit performances, and even enlisting famous musicians to pose for book projects.

While photography remains Escombe's focus, so to speak, she always leaves room for new projects and ideas.

You can check out our full interview with Escombe below. If you'd like to learn even more about her work, feel free to visit her official website as well.

Jam Addict (JA): When you're working on a music video set, does your approach change in any way?

Melanie Escombe (ME): Mostly my approach doesn’t change too much. I’m still striving to capture the emotion and magic of a moment, but in some cases, I have to work a bit harder to ensure that I am capturing the scenes to match the aesthetic of the director, rather than my own style.

The experience compared to shooting a live show is also extremely different. Unlike a live show, the same scene can be shot again and again, and that allows extra opportunities to capture the shot you’re after, or gives you multiple variations. 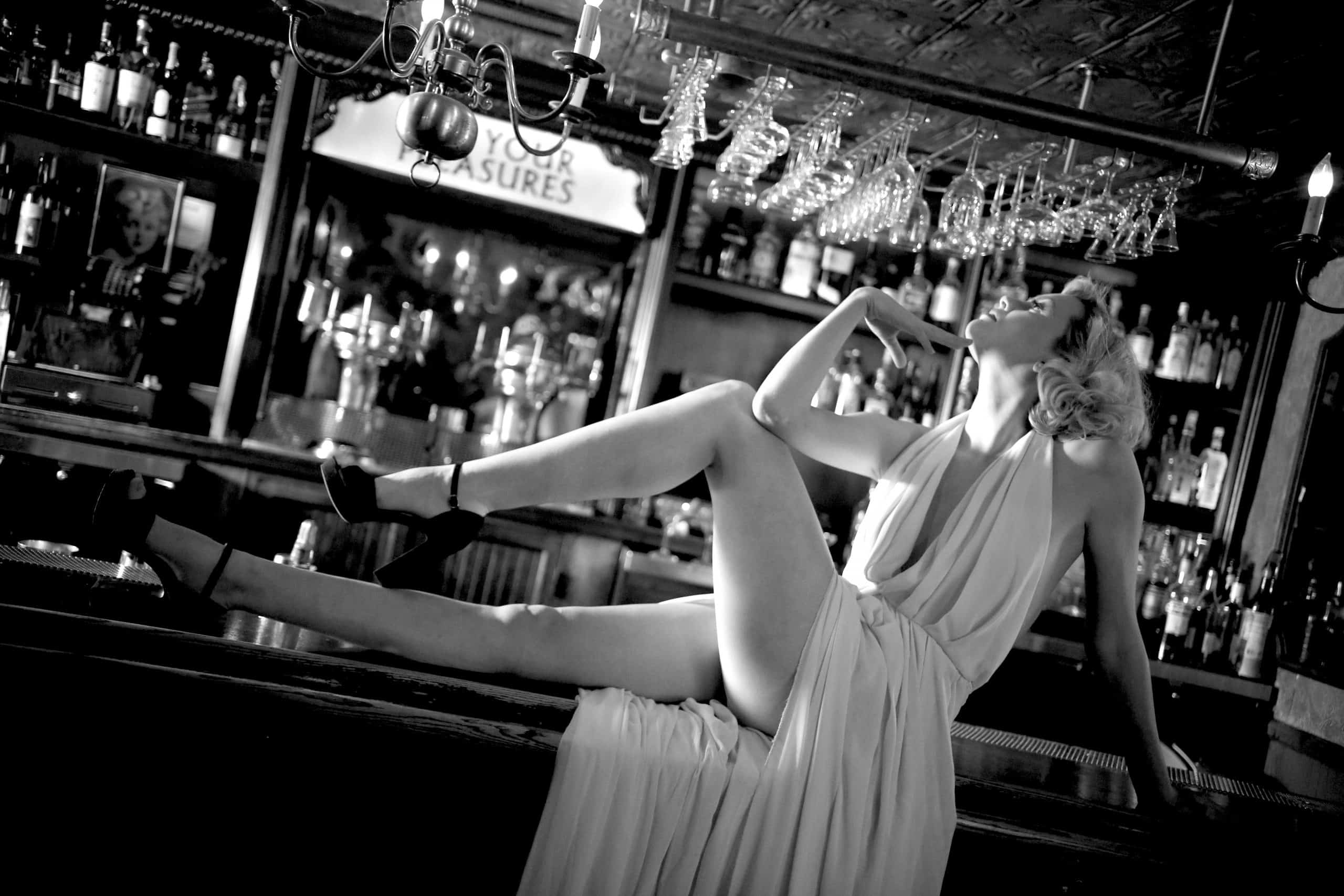 JA: Would you say that your own passion for music had an influence on your involvement with concert photography and side projects with music artists?

ME: Absolutely! For anyone who picks up a camera you’re always going to be most drawn to photographing the things that you love, whether that’s nature, people, cars, you name it, and generally, that passion will shine through in the pictures of that subject.

For me, I’ve always loved the spectacle of concerts, the lights, the sound, the emotion, and excitement. Trying to capture that in a way that lasts long after the music is over is my greatest drive.

JA: You've also made album art for Grindhowl Screech. Can you tell us a bit more about that?

ME: Being asked to design the album artwork for this was very humbling. It’s the first album I’ve ever designed front to back and I feel extremely lucky to be a small part of Leon’s [Grindhowl’s] incredible, and at times heartbreaking, life story.

My involvement is thanks to my brother Luke, who met Leon through a chance encounter whilst on his way to play a music festival. They struck up a friendship after Leon gave my brother one of his CD’s.

The two would write and send music to each other. My brother also began sharing Leon’s music on his website, and I would edit the images Leon sent to my brother to go with it.

During one conversation about Leon’s latest album, my brother learned that Leon had recently collapsed and had been given just weeks to live, and if that wasn’t bleak enough, Leon also had all of his new songs wiped from his gear during a power outage.

With the help of Simon Lowe from The Ageing Revolution, my brother was able to send Leon a new recording desk and Leon was able to finish his album “Solar Plexus”. I’m happy to report that Leon is still here and making music. 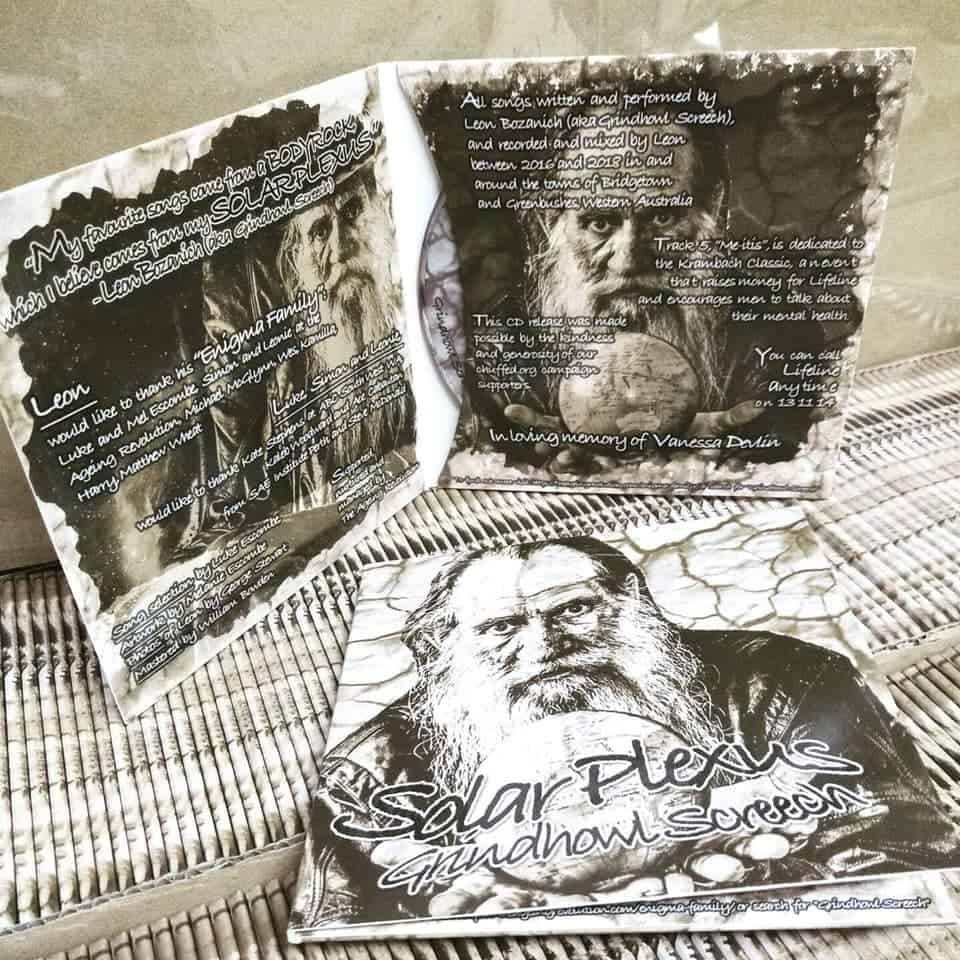 JA: Do you think most musicians are pretty friendly toward photographers? Have you encountered any who don't like being in front of a camera?

ME: There are some that definitely seem to enjoy it more than others. On stage, they don’t really have much of a choice about photographers' presence, so it’s hard to know for sure how much they’re loving or hating it.

One extremely famous piano player who I won’t name would mouth the words “f*** you” accompanied by a wicked grin down my lens if they saw I had it trained on them.

JA: What was it like working as the Head Photographer on Smoke Across the Water?

ME: Intense, but wonderful! The event was a labor of love put on by myself, Chris Grainger, Ben Thomas, and Scott Engrotti, to help support the first responders and wildlife rescuers who saved thousands during the catastrophic Bushfires in Australia at the start of this year. 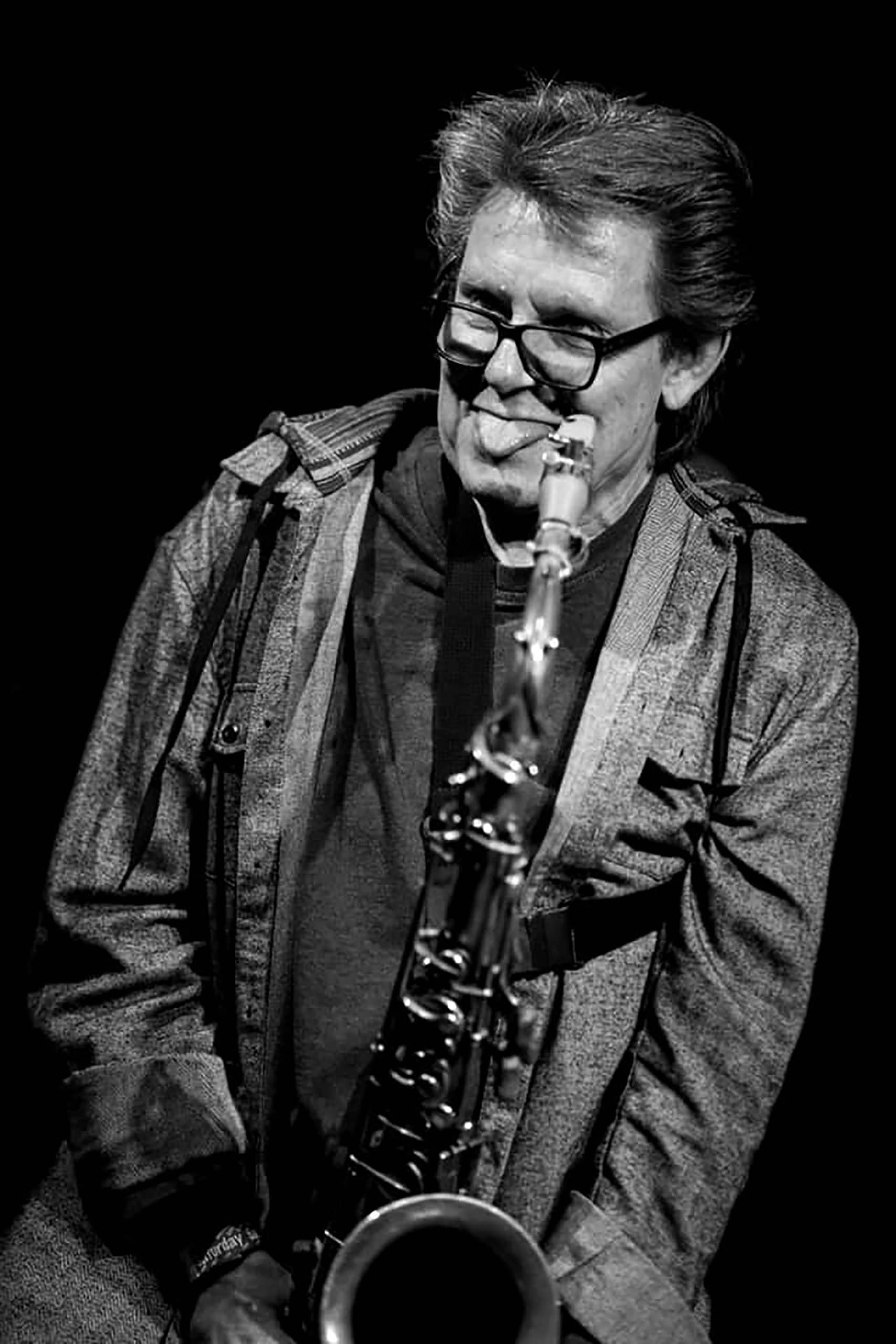 We were blown away by the love shown to the event. Joe’s Great American Bar and Grill in Burbank were kind enough to host us, and we had musicians from Pink Floyd, Zappa, Bonham, The Jimmy Kimmel Band, The Jam, and more who generously donated their time to play.

As a photographer, I found myself in the frustrating position of not being able to get full access to the stage for most of the evening because of the crowd, but as an event organizer, I couldn’t have been happier with the crowd!

JA: You're also working on multiple book projects. What has it been like looking back at some of your past work?

ME: To be honest, I struggle with it. I think like many artists, sometimes you can be your worst critic. Often what I think is awful, others seem to love, or they don’t seem to see the imperfections that stick out like a sore thumb to me.

Quite often I’ll hit a major block and have to walk away and not look at my work for a while. Sometimes that can be just an hour, sometimes months, and in certain cases even years.

JA: Do you have a specific shoot from your many years as a photographer that has become your all-time favorite in retrospect?

ME: That would definitely have to be Tom Petty. I have always loved Petty’s music, so getting to photograph one of my idols was already incredibly special, but there was one brief moment that will always stick with me.

I’d like to preface this with that I wasn’t on official assignment, and I wouldn’t have been caught in this situation if I had been.

Whilst I was eagerly waiting in the pit with other the photographers for the lights to go down, I still had half a beer in one hand and camera in the other. 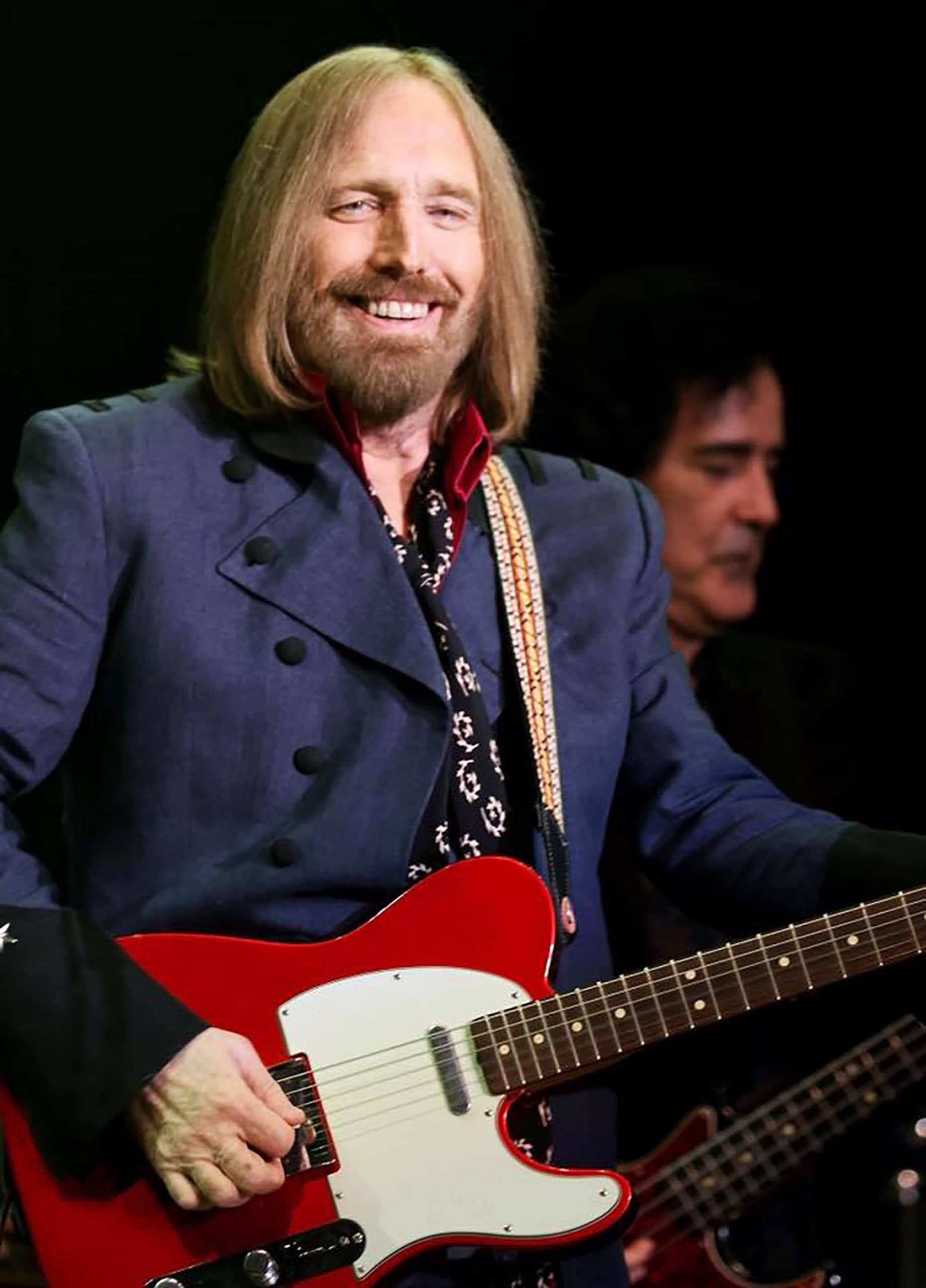 Quite unexpectedly the band walked on with the house lights still up. Tom spotted my look of utter shock mid beer gulp and just started chuckling.

I somehow managed to raise my camera with my other hand and click the shutter button and captured his smirk. It may not be the most outstanding photo, but that smile and moment I’ll treasure forever.