‘Music Comes to You Like a Dream,' Says Michael Hurley, 80 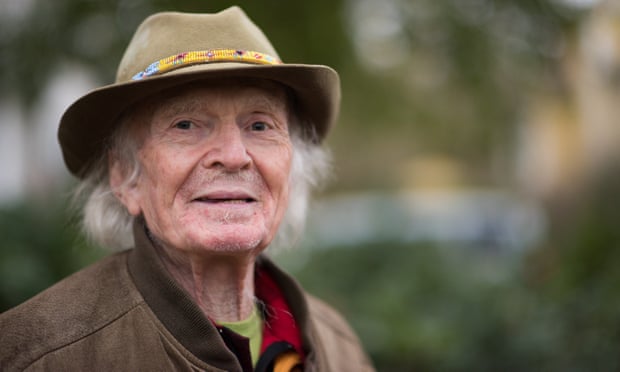 I believe it's OK to refer to myself as an outsider artist. It took a long time for me to join the group." Michael Hurley, a freak-folk singer-songwriter and artist of over 60 years, is pondering his place in the world on Thanksgiving Friday.

He's phoning from his little house in rural Oregon, nestled amid Douglas firs and towering pines, where he's just finished brewing 11 gallons of cider using his own apples. "This place is eerily quiet." Only a few automobiles pass through. It's ideal for me. It's a long way away. It can be a bit isolating at times."

Hurley is celebrating his 80th birthday by releasing The Time of the Foxgloves, his first new album in 12 years, which is titled after his favorite flower and his favorite season. On it, he has a band that includes Josephine Foster, a left-field bluesy singer-songwriter who is one of his many modern followers.

Cat Power (who covered his songs Werewolf and Sweedeedee), Devendra Banhart (who published two Hurley albums on his Gnomonsong label), Lucinda Williams, Yo La Tengo, Violent Femmes, and Will Oldham are among his other fans. In 2017, Oldham remarked, "He's a true hero." "Seeing him sing and smile makes me believe I can get by doing what I'm doing."

Hurley's unique, pared-down, bluegrass and blues-inspired back catalogue displays some of their inspirations. His songs are simple and sensitive at times (Be Kind To Me; Valley of Tears), and spiky and strange at others (with titles like What Made My Hamburger Disappear?). The cartoonish cover art of his albums, inspired by his childhood pet collies Boone and Count, features werewolves, psychedelic sunrises, and ladies in bars drinking beer - "my favorite thing to draw," Hurley says.

Hurley, who was born in 1941 in Bucks County, Pennsylvania, spent his boyhood summers on the road with his siblings and operetta-directing father, traveling between their home and Florida theaters. They would listen to performers like Fats Waller and Jelly Roll Morton in the vehicle and make up "simple songs"; he also performed for the first time at that time.

"We'd be there at the start of the shows, us kids, pretending to be fishing into the orchestra pit." The performers would then appear and chase us away, making it a part of the play!" His voice flutters with slumbering pleasure. "I've always wanted to be a novelist. I never imagined I'd be able to record."

He became an adolescent dropout who spent his time writing fanzines like The Outcry and The Morning Tea, before taking up music and travelling with his sister's blond Stella guitar ("I loved the way it looked and the way its strings would resonate"). Fred Ramsey, a folklorist who lived up the nearby river road and had recorded traditional music throughout the south in the 1950s, picked him up one day and asked Hurley to perform his songs at his home. He was pleased with what he had heard.

Hurley's first album, First Songs, was released in 1965 on the famed Folkways label, which also released Woody Guthrie's Anthology of American Folk Music and Harry Smith's Anthology of American Folk Music. Hurley already seemed different on the cover, somewhat edgy, peeping out from under a roguish swoosh of black hair, a devil-may-care 22. At the time, he was also performing in the Greenwich Village coffee house scene, where Bob Dylan and Paul Simon had begun their careers.

Hurley spoke with prominent producers but nothing came of it; it's safe to infer he never intended to be a greater artist. "I did," he admits, "but it wasn't with a progressive zeal." I didn't like the process of applying for jobs, the tenacity with which you had to break into things, and all the difficulty you had to go through. I liked to participate at parties. Little get-togethers. "I'm having a drink with some friends and hopping across the river."

He claims he didn't match people's perceptions of "what the blues, bluegrass, or folk should be." He finds it amusing that his debut performance was at the Newport Folk Festival in 2013. "There was almost no folk at the time, only indie-rock, so I played a real old folk song, Barbara Allen." "At long last, I'm acceptable!"

Between his first album and its follow-up, Armchair Boogie, released in 1971, seven years elapsed. In the interim, he'd married, had children, divorced his wife, had another child with his girlfriend, and worked on the streets of Boston as a hospital janitor, artist's model, shoe pattern maker, and pretzel seller.

But he continued to compose music. Have Moicy! featuring the Holy Modal Rounders and Jeffrey Frederick & the Clamtones, released in 1975, became a cult favorite, with its raggedy, cheerful folk-rock evoking early-80s REM.

Hurley made a fortune selling his work, traveling, and releasing sleepy new albums every few years for the following three decades (the critic Robert Christgau described 1984's Blue Navigator as "sounding as if Hurley padded over to the studio before he was done with his nap"). As a result, his social life has been on an international cycle for decades. "I've been spoiled in a way over the years, catching up with old friends every year."

The epidemic has proven difficult to deal with. "I've gotten used to staying in my neighborhood." Every month, I do two to three jobs. I'm going to drive-in car dealerships... and I'm still afraid to fly. Hopefully, in the spring, when the weather is nicer, I'll be fortunate."

Younger artists have shown a renewed interest in his work in recent years. He enjoys several of their covers, including the Hackles' softer, subtler version of 2002's O My Stars and Cat Power's 2000 rendition of Werewolf, a spooky classic he penned in the 1960s, inspired by Lon Chaney and Boris Karloff's horror flicks. "Cat's version places it in a very different context. I'm not looking for folks that sound like me. "I'd like them to sound exactly like them."

In the summer, his new songs on The Time of the Foxgloves warmed his heart: he says he enjoyed performing in a studio with a full band – violin, pump organ, upright bass, banjo, and percussion. Knocko the Monk, an instrumental on which Josephine Foster's ethereal alto plays as an antiquated, foggy counterpoint for Hurley's reedier tones, and Jacob's Ladder, an instrumental on which a pump organ wheezes wonderfully behind his spiky, quick finger-picking

"It's like dreaming," he says of the way music comes to him. "There's something going on." Melodies spontaneously appear in my head." He has a hypothesis about the people who are attracted to his music.

"They react to the irregularity of it, to the fact that it is out of the ordinary." 'My boy gets so worried, but when I play your music, it calms him far down,' a mother of a small son wrote to me lately. Musicians often struggle with abnormalities, but not everyone is the same." He pauses for a little period in quiet. "That's the way things are. Its beauty is felt by some."