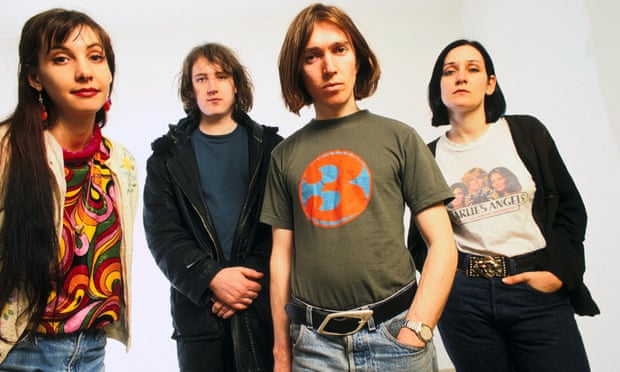 Spotify has been chastised by My Bloody Valentine for displaying "fake lyrics" to the shoegaze band's notoriously enigmatic tracks.

Spotify announced a function in November 2021 that allows users to read along with the lyrics while listening to any music.

The band tweeted, "Just noticed that Spotify has put fake lyrics up for our songs without our knowledge." "These lyrics are utterly inaccurate and demeaning. We're not sure where they obtained them, but it's probably one of those online crap lyrics sites."

The problematic lyrics seem to have been deleted from Spotify as of January 21, however they are still available on Musixmatch, Spotify's lyrics integration partner.

My Bloody Valentine were one of the last bands to embrace streaming, only doing so in March 2021 when they signed with Domino Records.

Kevin Shields' band has never defined the mainly inaudible words of their songs, even un the liner notes of their own CDs, a mystery that has contributed to the group's legend.

Shields intrigued NME in 1990 by saying that the lyrics were typically "pretty sensual."

"It's not hard rock or industrial music." It has a really human quality about it.

I believe that anybody who enjoys the pleasure of any sexual activity will find something there. Our lyrics might be rather graphic at times, but it's all true.

Nothing there isn't regular folks say to one other while they're alone."

Shields told Melody Maker in 1990 that they tended to arise from his mind. "When you know you have to do something, you just forget about everything and do it."

If you attempt to be witty and wordy, you'll probably fall flat on your face unless you're incredibly intelligent. It's your subconscious if you simply write whatever comes to mind at the moment. Your conscious – or at least mine – has no idea what's going on."

According to an NME writer in 1988, the band's former indie-pop incarnation was more focused on crafting "perfect pop songs with sick lyrics." Shields attributed this to original singer David Conway, who is now a recognized science fiction author.

"Writing a sweet pop song that sugar-coated some lyrical horror and sending it hurtling up the charts appealed to our sense of humour." It was also fresh after making pure noise before.

"Once we mastered the art of writing snappy pop songs with our eyes and ears shut," Shields said, "the whole project started to become boring as hell." After Conway left the band, which had lost its mainstream leanings, they joined with Creation Records and reverted to their loud beginnings, releasing the era-defining albums Isn't Anything (1988) and Loveless (1989). (1991).

Even the label didn't know what the band's genuine lyrical substance was. Shields informed late music writer David Cavanagh in 1991 that he would not even write down the exact words for the band's music publishers.

He said, "I give them the titles." "At Creation [Records], a female listens to the songs and writes down what she believes I'm singing. That is exactly what she provides them. Actually, they're more of hers than mine. And some of the inconsistencies are amusing."

With the development of internet lyric sites, there was a lot of guessing about the substance of Shields' lyrics. He told the Guardian in 2021 that "30-50 percent" of his predictions are "completely wrong, sometimes in really key areas."

"A part of me likes the folk song element of it – people changing things, having their own version of reality – and another part of me thinks I should correct them like a teacher."

mbv, My Bloody Valentine's long-awaited third album, was released in 2013. Shields has promised a sequel this year, but fans should probably not hold their breath.