No. 1: The Church Competes with LadBaby and Adele 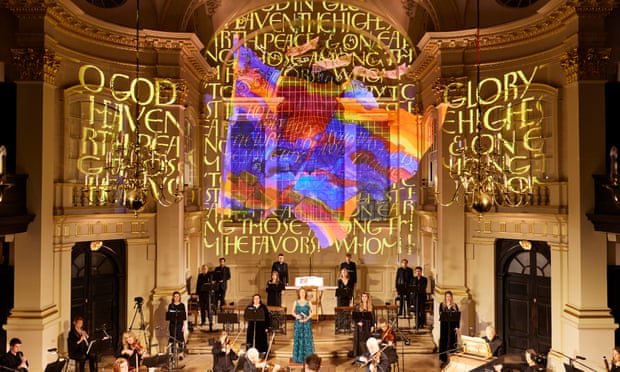 Even though the sausage-roll-loving dad and his family have yet to disclose if they are fighting for this year's prized Christmas Number 1, the bookmakers' choice is LadBaby.

According to the bookmakers, Adele, Elton John, Ed Sheeran, and Abba are all in the race.

However, they are suddenly up against competition from an unusual source. The Church of England has released its first Christmas single, a new rendition of the hymn In the Bleak Midwinter, performed by the professional ensemble of St Martin-in-the-Fields in London.

Rebecca Dale composed the track, which will be published on December 1st. All revenues from the track's digital streams and downloads will go to charity.

"Despite the fact that In the Bleak Midwinter was written nearly 150 years ago, it has a timeless mystery and is beautifully evocative of a journey from the wintery landscape to the stable and the heart of the nativity story," Dale added.

The record will "form the soundtrack to this year's Church of England Christmas campaign," according to the church. It will also issue a social media advertisement with the hashtag #AtTheHeartOfChristmas, which will include "stories of hardship overcome, generosity, faith, Christmas memories, and future hopes from across the country."

The St Martin's Voices are a professional singing group that performs at concerts, liturgies, and broadcasts from the Trafalgar Square church. In downtown London, St Martin-in-the-Fields has a long history of working with homeless individuals, rough sleepers, and asylum seekers.

Mark Hoyle, nicknamed LadBaby, has had sausage roll-themed songs at the top of the Christmas charts for the previous three years. With the songs We Built This City on Sausage Rolls, I Love Sausage Rolls, and Don't Stop Me Eatin', Hoyle, his wife Roxanne, and kids Phoenix and Kobe have donated money for charity.

Hoyle has hinted at a fourth attempt at the holiday number one slot. "I would never rule out a sausage roll at Christmas," Hoyle told Metro earlier this month.

The Church of England has previously aired Christmas advertisements to remind people of the true purpose of the holiday season. Three major movie theater chains prohibited an advertisement portraying individuals reciting the Lord's Prayer in 2015, citing the possibility of disturbing or insulting people.

Although the Rev Richard Coles, broadcaster of BBC Radio 4's Saturday Live and vicar of St Mary's in Finedon, Northamptonshire, hit No 1 in 1986 as half of the duet the Communards, In The Bleak Midwinter is the C of E's first venture into the mainstream charts. Don't Leave Me This Way, which Coles and his pop collaborator Jimmy Somerville co-wrote, lasted four weeks at the top of the charts and became the year's best-selling song.

The archbishop of Canterbury, Justin Welby, expressed his joy at "being able to share this new carol as the national Church of England's first ever Christmas single."

"Festive 'trimmings' are lovely, but they're not the heart of Christmas," he remarked. Only Jesus, who sees, loves, and welcomes everybody, can make Christmas beautiful. "The only thing we need to give him and each other is our hearts – our very own selves," says the carol's message.

Thanks to Harriet Sherwood at The Guardian whose reporting provided the original basis for this story.