No One Can Stop Little Simz on the Mike! 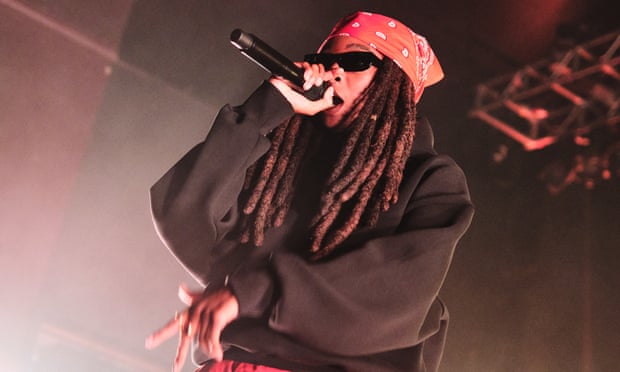 Little Simz is a prominent lady in British rap and an MC whose wit matches that of more well-known artists. Both Stormzy and Kendrick Lamar have praised her abilities. However, on the first night of a UK and Ireland tour, she seemed to be less concerned with hefty labels and more concerned with having a good time.

Many of her rap colleagues go big with their stage displays, replete with hype guys completing each of the main star's lines to keep them on track, but here it's just Simz, her five-piece band, and her extraordinary stamina: her set is over 90 minutes long, skilfully combining old and new songs. She freestyles a cappella at one point, displaying voice developed over years of such freestyling.

The trappy Might Bang, Might Not, which is beautifully incorporated into Venom, is a highlight, and her delivery of the latter tune is maybe even faster than on the album. The swagger of recent singles like the rhythmic, paced Point and Kill and I Love You, I Hate You also excite the audience. Simz performs while rocking to the rhythm, pronouncing herself "unstoppable" on the former song.

She praises her audience — a mix of eager teens and courteous middle-aged couples – for allowing her "try new things" as well as gushing about her band many times during the night. It's possible that the items in question are nothing more than amusing gimmicks meant to pique interest.

She rapidly drops off stage, initially wearing dark sunglasses and a bandana, only to return minutes later in a different outfit, the first of a series of false beginnings meant to tease the audience. It makes the set seem a little fragmented, but her great figure makes up for it.

Simz looms over her audience as she closes the night with the sumptuous Woman; a master at enlisting the audience's support, she gets everyone singing along for the chorus. She sarcastically asks Birmingham if they're still there towards the conclusion of the performance.

When she hears their answer, she flashes a cheshire-cat smile, as if this exceptional artist, whose lightning-fast flows never compromise her aptitude for strong narrative, had never worried about losing their attention.

Thanks to Christine Ochefu at The Guardian whose reporting provided the original basis for this story.