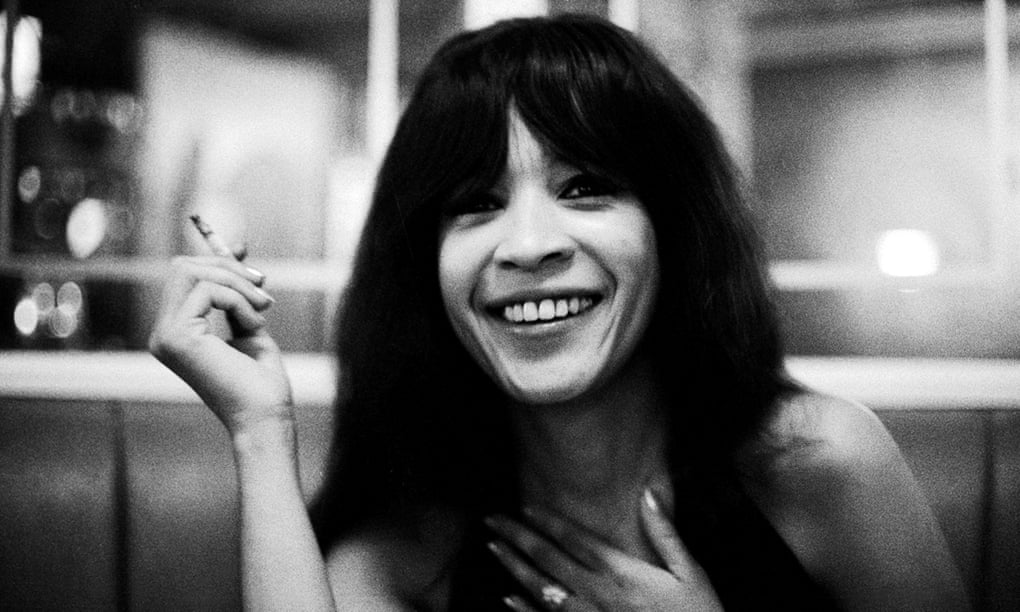 In Ronnie Spector's 1990 book Be My Baby, there's an interesting chapter about her singing voice among the jaw-dropping allegations of brutal torture. She claims she was intimidated by the other female vocalists in Phil Spector's stable: she didn't have Darlene Love's or Fanita James's huge, gospel-trained voices.

The producer, on the other hand, had picked her out for extra attention. "Exactly what he needed to fill the center of this enormous sound," Veronica Bennett, as she was at the time, stated.

Phil Spector was known for enlisting the help of anybody who happened to be in the studio to perform backup vocals, but he declined when Ronnie volunteered. You may view it as an early indicator of his controlling behavior once they married, but his explanation was fairly convincing: "Your voice is too distinctive – it comes right though."

He was absolutely correct. Phil Spector collaborated with a slew of fantastic singers – not just Love and James, but the Righteous Brothers, Tina Turner, and LaLa Brooks of the Crystals – but none of them sounded like Ronnie, putting paid to the notion that Phil Spector was a lone artist working on his records with his vocalists interchangeable puppets.

Her voice is an instantly recognizable blend of street toughness and compassion, a signature vibrato, and a raw, unschooled strength. Ronnie Spector's voice always pierced through, no matter how complex and stubborn Phil Spector's arrangements were.

On River Deep Mountain High, even Tina Turner sounds like she's fighting for space with the plethora of instruments, but listen to the Ronettes' Is This What I Get for Loving You? or I Wish I Never Saw the Sunshine – singles that exist in the shadow of their biggest hits Be My Baby and Baby, I Love You – recorded in 1965 and 1966, by which time Spector's production style had become increasingly OTT.

You can't keep your eyes from Ronnie Spector even when I Wish I Never Saw the Sunshine reaches its emotional apex — the moment right before the chorus when the drums smash in. Everything else is (admittedly elaborate) backdrop to her frantic "oh baby!" sobs.

It was all the more unjust that she struggled to make a name for herself outside of Philles Records and her despicable husband. Ronnie Spector had to accompany Phil Spector when he chose to close the drawbridge and stop creating records: barbed wire on the walls, guard dogs, and threats to murder her and show her corpse in a glass coffin if she attempted to leave saw to it.

When he resurfaced as George Harrison and John Lennon's go-to producer at the end of their marriage, she resurfaced as well, but luck was not on her side. For Apple Records, she recorded a wonderful, mandolin-adorned cover of the former's Try Some, Buy Some, but it bombed: either the tune was too cyclical and hypnotic for mainstream radio, or perhaps the lyrics – which contrasted drug use with spiritual enlightenment – were too obscure.

There was intended to be an album with a crack supporting band that included Harrison, Leon Russell, and other members of Eric Clapton's Derek and the Dominos, but it never materialized, as so many things at Apple do. The sessions were said to be torturous for Ronnie Spector, who sat quietly in the vocal booth waiting for her cue while her husband spoke to Harrison instead: engineer Ken Scott said she was plainly too afraid to say out. In the end, Harrison just recorded his own voice over the background track of Try Some, Buy Some for his 1973 album Living in the Material World: the two versions are worth comparing if you want to hear how wonderful Ronnie Spector's rendition of the song is.

After being divorced, she reformed the Ronettes, but to little avail: it didn't help that their greatest song, the groovy Go Out and Get It, was released as a B-side. Before collaborating with Bruce Springsteen and the E Street Band, she released a terrific disco record called You'd Be Good For Me. It was an agreement that was ideal for both sides.

The E Street Band's sound was clearly influenced by Phil Spector's 1960s hits; also, they were poor and stuck in recording limbo due to Springsteen's legal battle with an ex-manager. The resultant song, a rendition of Billy Joel's Say Goodbye to Hollywood, was magnificent, and its financial failure perplexing, but Steve Van Zandt subsequently claimed that the money the musicians earned kept the E Street Band together.

Following that, she was welcomed by New York's punk movement, resulting in the release of Siren, a new wave-influenced solo album with members of the Dead Boys and the Heartbreakers. If nothing else, the sheer variety of musicians she worked with after her divorce said something about her voice, which was both incredibly adaptable – it fit over the strings and dancefloor rhythms of You'd Be Good to Me just as well as it did over a cover of the Ramones' Here Today, Gone Tomorrow – and utterly unique: whether she was singing soul or punk, you always knew she was singing her own thing.

Both of these facts were highlighted in 1986, when she finally had a success, although in a supporting part. Take Me Home Tonight by Eddie Money was gleaming, bemulled stadium AOR that was fully of its day. The contrast between the roughness in her voice and the gloss that surrounds her is very remarkable when she enters halfway through, singing the chorus from Be My Baby.

Ronnie Spector's MTV-fueled fame, as well as her book and a successful court case against her ex-husband that saw the Ronettes given back royalties, helped set her up for the remainder of her career. She never had a solo success, but she traveled nonstop and began doing Christmas performances in New York, which became a mainstay of the city's musical calendar.

As previously, the list of artists that wanted to collaborate with her told its own story: she could seamlessly go from playing with Nick Zinner of the Yeah Yeah Yeahs to Whitney Houston and Aretha Franklin producer Narada Michael Walden to Keith Richards to horror punk pioneers Misfits. Ronnie Spector's influence could be seen in Amy Winehouse's beehive and thick eyeliner, which were a dissolute twist on her 60s style; the Ronettes' sound was in Back to Black's DNA.

You'll never be too far away from a new single that knowingly sounds like Be My Baby or Baby, I Love You, and you probably won't be: they cast as long a shadow over pop as anything from the 1960s. The main difference is that whomever sings them will not sound anything like Ronnie Spector.