No Songs from Abba in Voyage 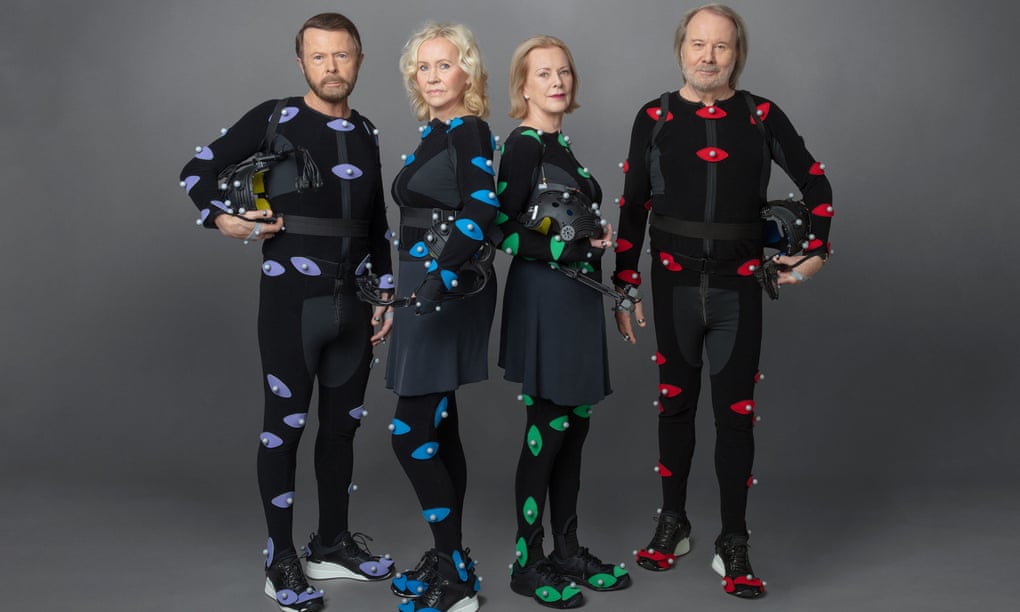 The road to Voyage, Abba's last studio album and their first in 40 years, started in August with a post from their gleaming new Twitter account, inviting fans to "join us." Billboards appeared all over London, depicting a solar eclipse and a glitter ball in a sci-fi shape. A week later, a 10-track album and a "digital avatar" musical residency in a custom-built London venue were announced.

The indicators were promising. Here was a band that was aware of their history as creators of dazzling pop, as well as the spirit of disco's futurism, and understood the need of harnessing the shock of the new.

Don't Shut Me Down, one of two album taster songs released in September, perfectly satisfied this goal, transitioning from sensitive Swedish noir to piano-and-horn-driven pop-funk. It was Abba's first Top 10 hit since 1981, imbuing Voyage with the promise of forward momentum and beauty – traits that seemed incredibly appealing in our turbulent, mid-Covid times. As a result, it's difficult to reconcile the disappointment of Abba's ninth album, which likes to wallow in sometimes befuddlingly antiquated settings.

It starts with the other taster music, I Still Have Faith in You, which was released in September. An epic example of the "bittersweet song" that Anni-Frid Lyngstad and Agnetha Fältskog allude to in the lyric – in their differing, but still wonderful, older voices – its reflection on how to face and embrace the aging process is precision-tailored, in gleaming silver thread. The elegiac string motif that opens the song yearns for resolution throughout, before returning longingly in the last lines. Soft drum rolls (by Per Lindvall, a veteran of Super Trouper and The Visitors) in the second verse are one of many great melodic nuances that encourage the ladies to keep going. Although it is a touch clichéd, the sweetness of the film nevertheless seems victorious.

The remainder of Voyage, on the other hand, seems fatally trapped in the past, rather than reflecting poignantly on it. After You Danced With Me is about a girl who is left behind in Kilkenny when the guy she loves "leaves for the city." We're informed she's been waiting for him for years, and that she's completely unaware of the existence of rail routes, driving exams, or text messages in Ireland.

The intro's Celtic-leaning tune harkens back to Abba's forays into other geographical locales, such as Mexican battlefields in Fernando or Spanish-Peruvian musical moodboards in Chiquitita. The overall impact is mild nausea rather than nostalgic nostalgia.

Little Things, a Christmas song crammed in at track three, is the album's worst transgression against logic, tenderness, and sequencing. It features a children's choir singing about their grandmother (in contrast, the St Winifred's school singers would sound like rebel punks), but also, in a startling juxtaposition, intimations about mom and dad's sex life.

The insinuation of a harsh transactional element beneath a love gesture is particularly strange. Lyngstad sings, "You'd consider bringing me a breakfast tray, but there's a price," after seeing her partner's "naughty eyes." If she's given a breakfast sausage, you're hoping she'll impale it and throw it away.

These tracks were composed "absolutely trend-blind," according to Ulvaeus. It's obvious. You have to question their quality control when songs like Just a Notion (a throwback to early, jangly Abba glam, but nothing more) and Bumblebee (a foolish effort to communicate something universal about climate change) are included. To the very least, the climax of Voyage, Ode to Freedom, hints at a great, concluding declaration by pastiching and expanding a melody from Tchaikovsky's Swan Lake's waltz. The song's chorus, though, speaks about the futility of composing a homage worth remembering, which strikes a weird tone, particularly since we're talking about a band whose songs are well-known worldwide.

"If I ever write my ode to freedom," it ends, "it will be in prose that chimes with me." It might be a reference to the female members' need for solitude, or it could be a reference to Abba's resolve to maintain writing their peculiar song structures in Swedish, but it also shows Abba believes they can survive in their own bubble.

They are unable to do so. They succeeded in the past when they twisted the sounds of their era in their own unique manner, when they were both inside and outside of glam, disco, and electronic music; when their quirks elevated them rather than detracted from them. If only they'd stopped at those two well-known tunes and left the rest to our vivid imaginations.