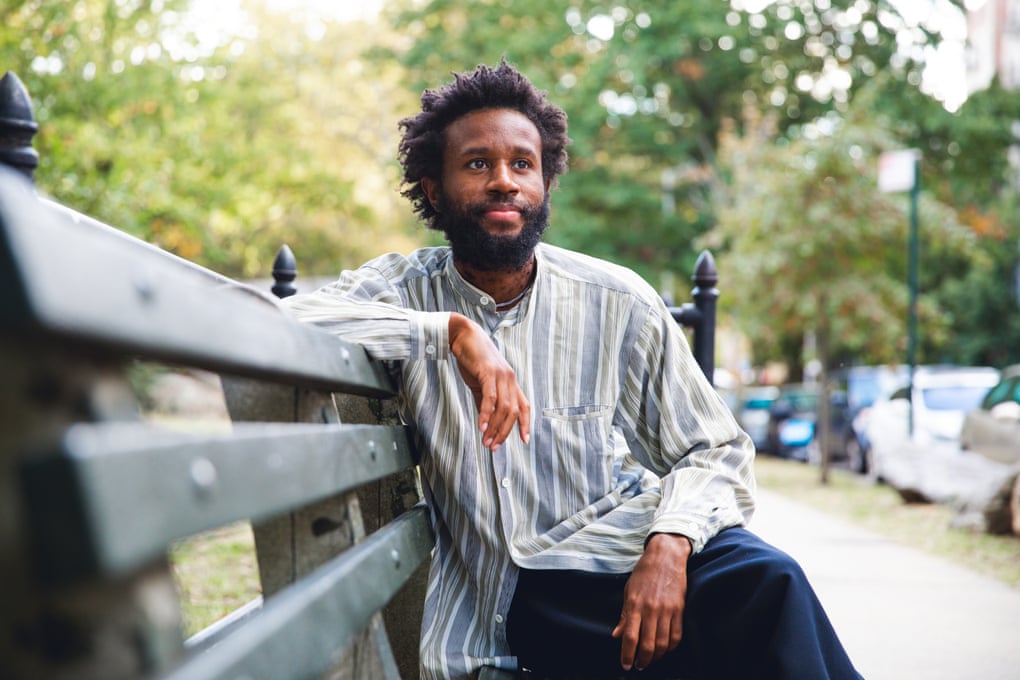 Please refrain from completing JJJJJerome Ellis' phrases. The stuttering composer, producer, multi-instrumentalist, and writer from New York pleads for tolerance from whomever he is speaking with. He explains, "Sometimes people just walk away."

"Perhaps because I didn't follow the choreography that we're accustomed to." Over a video chat, he tells me that these types of incidents have left him feeling incredibly vulnerable. "So much of the suffering stems from the inability to feel totally human. I'm not feeling very bright.

People suspecting me of avoiding a subject." Ellis is most aware of this fact whenever he is stopped by the police. "I don't want my race to be perceived as a threat, and I don't want my stuttering to be interpreted as evidence of lying."

Ellis is passionate about raising awareness about the link between stuttering (which he refers to as disfluency) and race. His most recent project, The Clearing, is a 12-track CD with an accompanying book that combines spoken word and narrative with ambient jazz and experimental electronics to create a relaxing and dramatic environment.

It combines personal tales, such as the audio of a bookstore hanging up on him when he can't get his words out, with historical ones, such as a story of enslaved Africans defeating their oppressors via song. It began as an article in the Journal of Interdisciplinary Voice Studies before evolving into a musical journey.

"I was fascinated by the importance of clocks and watches on plantations in the antebellum south. "How slave masters purposefully did not allow enslaved people to own [them] as a way o-o-of dominance and control," says Ellis, who was looking for a link between this history and how ableism disadvantaged persons with speech difficulties since they don't follow specific time patterns. Instead, disfluency becomes a way to dwell outside of regular time, as defined by a white-dominated society, in Ellis' lyrical but political artwork.

He started exploring musically after completing the article. "I had some Ableton sounds with piano, saxophone, flutes, and trap-influenced drums." Ellis has a glottal block, which causes him to stutter in silences rather than fumbled words (try saying "uh oh" but not getting beyond the "uh").

The record catches these stutters in such a manner that they become their own instrument or creative material; he isn't embarrassed of his stuttering and specifically requested that his stutters be addressed in these interview remarks. "I feel safe stuttering on the album because it's just me." I'm in a position to score my own stutter. "It felt great to be free."

Ellis grew up in Virginia Beach after being born in Connecticut. His father is Grenadian and his mother is Jamaican. He explains, "I grew up in a very Christian household." His first recollections are of him and his late grandpa performing music at church.

He explains, "He was a reverend who had a storefront church in Brooklyn." "It was so intensely musical when he preached." His speech had such dramatic peaks and troughs that he would sometimes burst into song. "I wanted to embrace that kind of interweaving of speech and music on the album."

His grandparents exposed him to opera and classical music, while his father introduced him to "reggae, calypso, and soca." Ellis started playing the saxophone at the age of thirteen.

He graduated from Columbia University with a BA in music theory and ethnomusicology in 2011, and in 2015, he was given a Fulbright Fellowship to study samba in Salvador, Brazil. He's given performances at the Lincoln Center and was featured on an episode of This American Life.

"This autumn, I began teaching at Yale. Ellis, who now works in the sound design program, adds, "I love it." "As a teacher, one of my goals is to create a space where we can feel as free as possible." We have the ability to try new things, to be vulnerable, and to improvise as a group. Both musically and in terms of how we learn."

According to Saidiya Hartman's historical study of early twentieth-century Black women, Wayward Lives, Beautiful Experiments, the notion of "clearing" for Ellis is a manner of fostering "experiments with freedom." Ellis aims to have "her combination of scholarly rigor and lyrical language." Steve Reich, Bach, and John Coltrane are among the composers that have inspired him: "All three of them have such vision and are not afraid of length."

In depathologizing his disfluency, the album has been a form of healing for Ellis, but it has also served as a conduit for him to connect with something much bigger than himself. In the tune Stepney, the speaker Milta Vega-Cardona speaks of Ellis's stutter, "

"You construct a non-linear time continuum and give yourself and the listener access to the ancestors.
You're a conduit for information."

"I'm extremely grateful to [Vega-Cardona] for providing that," Ellis adds. "It's something I've known for a long time but couldn't put into words: the stutter has a spiritual dimension."

Thanks to Kadish Morris at The Guardian whose reporting provided the original basis for this story.